For much of his life, Wesley David was always trying to live up to someone else’s expectations.

In his youth, it meant being the obedient son. A dutiful Jehovah’s Witness. The benevolent missionary. But, disillusioned by 21, the musician was ostracized from his community and thrust into the world with little direction and an extensive amount of unresolved feelings and psychological trauma to unpack. What he knew for certain was that he wanted to live for himself and explore the world, guitar in tow.

Fifteen years later, with a near-decade of experience as a nationally touring musician, the Long Beach artist has dropped his debut solo album, “Never Late than Better,” the title’s play on words emphasizing that it’s better to achieve later than never at all—a sentiment he identifies with strongly.

“The album is about my whole life,” the 36-year-old singer/songwriter said. “You can’t change the past, so it’s about [focusing] on whatever it is in your life that you feel good about, that makes you joyful. And if you’re able to do it, it’s better late than never to go ahead and do it.”

The 11-track album is a collection of David’s experiences and realizations about himself, often bordering on the existential. His narrative styled, tongue-in-cheek lyricism tells stories of heartache, psychological trauma, learning to think for one’s self, transformation and acceptance, with the occasional nod to the mundane absurdities of living in the digital age.

But the heavier, introspective content of his music doesn’t feel weighed down. His silvery, wistful voice, confessional themes and musical arrangements with whiffs of musical theater—think Death Cab meets “Rent”—are bulwarked with the hopeful tones of acoustic guitar, keys and tambourine.

The majority of “Never Late than Better” was penned and recorded from his Long Beach apartment during the pandemic, a happenstance he said accelerated his efforts on the record. Prior to the grinding halt of the entertainment industry six months ago, David was still actively performing in Southern California, Arizona and Las Vegas with the AZ Dueling Pianos musical troupe.

“It was very lonely,” he said. “At least the early phases of it [the pandemic]. So it was kind of an escape.”

Music as an escape is an exercise all too familiar to David who was born into a nuclear New Jersey family of devout Jehovah’s Witnesses. While he looks back fondly on his loving family life and the memories he has of his father teaching him how to play guitar, much of it is overshadowed by the all-encompassing practice of the Jehovah’s Witnesses’ faith.

“I did some homeschooling—a lot of Jehovah’s Witnesses don’t go to public school; most don’t go to college—you really only hang out with other people from the church. You often only work with people from the church. It’s this insular thing. If you get out or do something wrong, then your consequences are pretty severe because you’re socially kicked out, shunned from the group.”

Navigating a world where he often felt isolated, embarrassed and inexplicably angry, he said he threw himself into music and found joy and solace in classic rock, The Beatles, or compositions of his own— indulgences the church would have condemned, but that his parent’s “medium strict” parenting-style allowed.

Despite his passion and innate talent for music—a skill he would later nurture at Hampshire College in Massachusetts—he said “there was no future in it,” while involved with the church, so he instead pursued missionary work, believing the selfless pursuit would alleviate the growing doubts and dissatisfaction he battled as he matured. But it only intensified them.

“You’re expecting the end of the world to come any day. You’re paranoid and you feel that you’ve disobeyed God […] and you’re going to be punished. We’re going to hell. It’s very scary.” 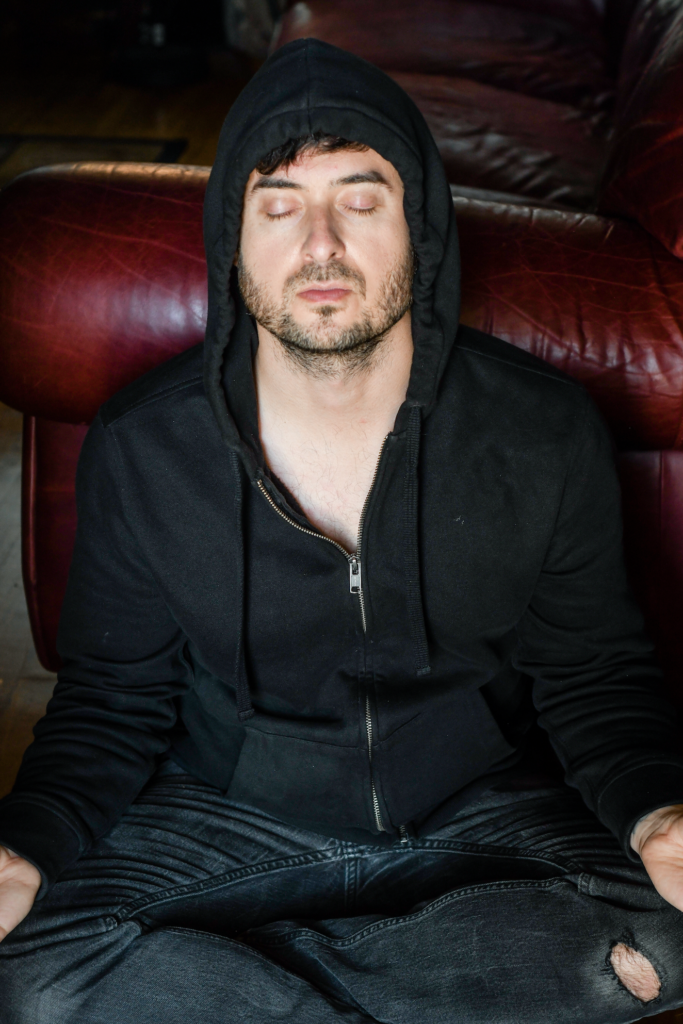 By 19, David was actively studying the bible on his own terms. He started learning Greek, expanded his biblical sources, and went down a few Reddit rabbit holes that resulted with the discovery of a “life changing” testimonial from a renounced leader of the Jehovah’s Witnesses faith. Luckily, he was able to share his findings to a receptive family, but by 21 he had emerged into the world facing a major identity crisis.

“You really don’t know who you are and everything you believed in has collapsed,” he said. “You need a new way to look at the world, a new way to feel about yourself.”

Studying music, performing with the dueling piano’s scene—including a stint at the now-defunct Sgt. Pepper’s in Downtown Long Beach and the Paradise Bar on Broadway— and developing a robust sense of humor about his whole experience were all part of his rebuilding. But, he admits, 12 years of therapy and, later, counseling others dealing with the dysphoria of leaving similar religious situations has been invaluable, he said.

“Never Late than Better” is the sonic embodiment of the artist’s transformation and hard-earned life lessons. Listen now, on Spotify.