Washington neighborhood residents will see a new collection of public art on its streets this week in the form of painted utility boxes.

The project, titled “Together We Make Change” and led by Habitat for Humanity of Greater Los Angeles and the Arts Council for Long Beach, features four local artists living or working in Long Beach who are painting five boxes in the Washington neighborhood aimed to inspire local residents to engage with the community.

Of the five, one box was designed by 10-year-old Taylor Cantera, who painted a vibrant tucan on Pine Avenue and Anaheim Street along with his artist mentor Andrea James over the weekend.

Once Cantera’s design reached the box, his mother, Maribel Mireles, said he added more color to the tucan’s chest and leaves.

“Oh, and how his imagination went off,” Mireles, 42, said in Spanish. “He was putting more, and it was very nice.” 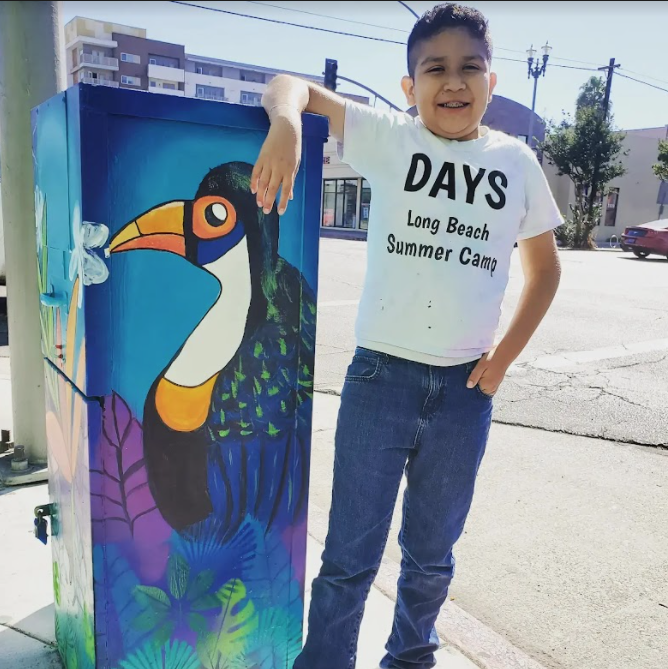 Taylor Cantera, 10, stands next to his artwork, “The Very Hungry Tucan,” in the Washington neighborhood on Anaheim Street and Pine Avenue in Long Beach on Sunday, Oct. 17, 2021. Photo courtesy of Andrea James.

The tucan came chubby, so Cantera named it, “The Very Hungry Tucan,” James said, chuckling. Cantera painted his piece alongside another box on the street, which James covered in butterfly art.

“He’s that kind of kid that’s just trying to change the world and has a positive outlook on things,” James said. “And he was just really excited and proud of it at the end of his work.”

Originally, the project aimed to pair Washington neighborhood youth with Long Beach-based artists for each painting. However, Arts Council public art manager Cynthia Luján said that due to copyright infringement of some youth submissions, combined with a tight project deadline, the council could only have an artist mentor one youth for this project.

Aside from James, the other three local artists include Mister Toledo, Vanessa Guerra and Sharniece Chantal, which were selected by a committee that was partly made up of people from the Washington neighborhood. 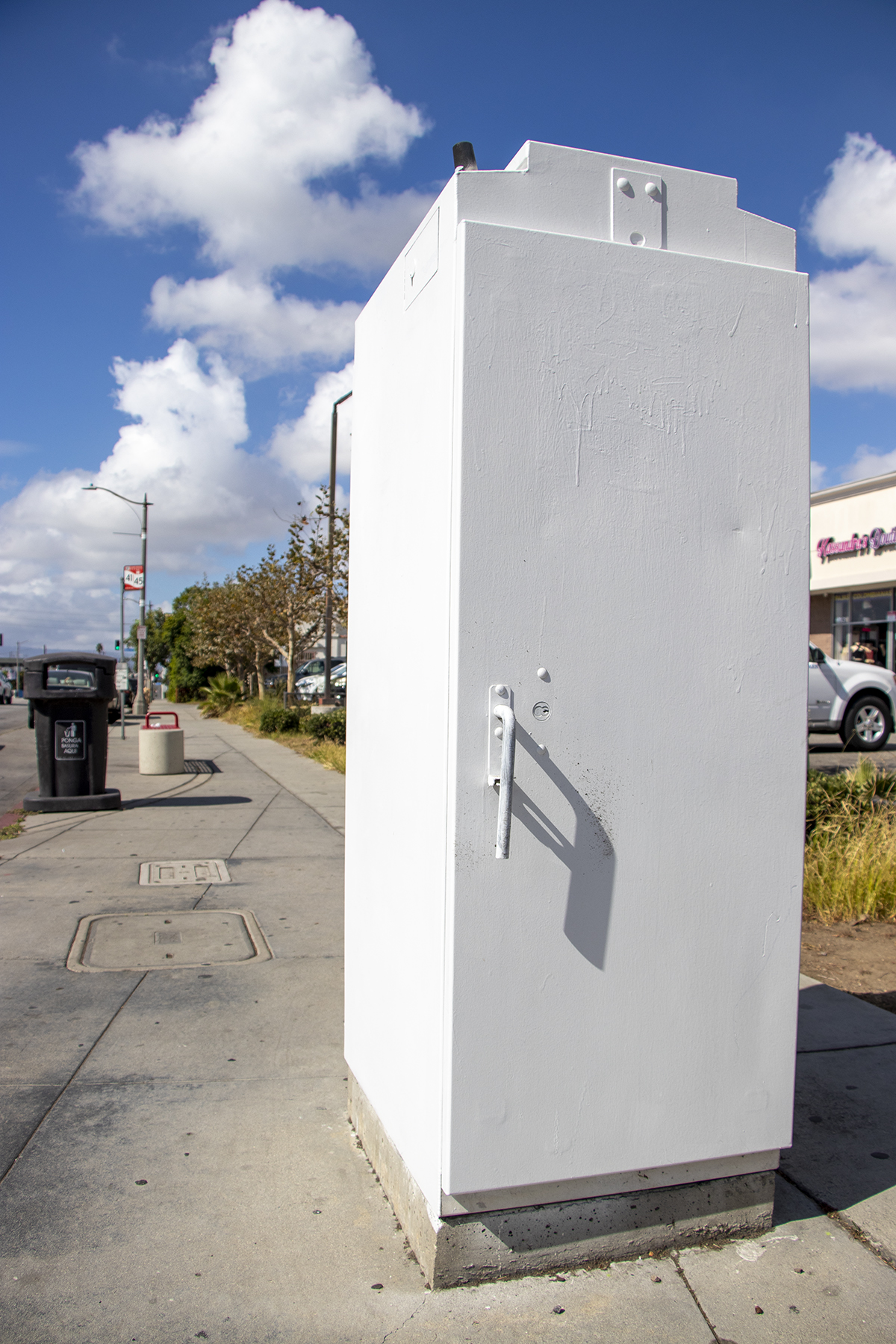 A utility box, which was primed by volunteer, stands on Anaheim Street in the Washington neighborhood in Long Beach on Monday, Oct. 18, 2021. Photo by Crystal Niebla.

“There’s a tight cohort of residents that always want to see improvement to the community,” she said.

The utility boxes that will be painted in the Washington neighborhood at the following cross streets:

This project is part of Habitat’s Neighborhood Revitalization program, which was established to improve the quality of life of the neighborhood residents through their eyes, according to Habitat.

Luján encourages local artists who live, work or create in Long Beach to sign up for the council’s artist registry to be selected for future projects like these.