'With so much love': Central American-Mexican restaurant La Ceiba embraces its customers during hard times • the Hi-lo
- ADVERTISEMENT -

Side streEATS is a monthly multimedia series by Long Beach Post staff that aims to highlight unique food businesses across the city. To contact us, email Visuals Editor Thomas R. Cordova at [email protected].

When Maria Teresa Salazar founded her restaurant in Long Beach, she was inclusive of the different nationalities of her family in nearly every aspect, from the food, to the color of the paint on the walls to the type of music that played during karaoke nights.

Born in Honduras to a Honduran mother and Salvadoran father, Salazar, like many Central Americans who migrated during the 1970s, escaped her country’s violence to seek amnesty in the U.S. She met her husband, Abel, who was Mexican, had two kids and opened the restaurant more than 30 years ago in the North Alamitos Beach neighborhood, naming it after the Honduran city of her birth: La Ceiba. 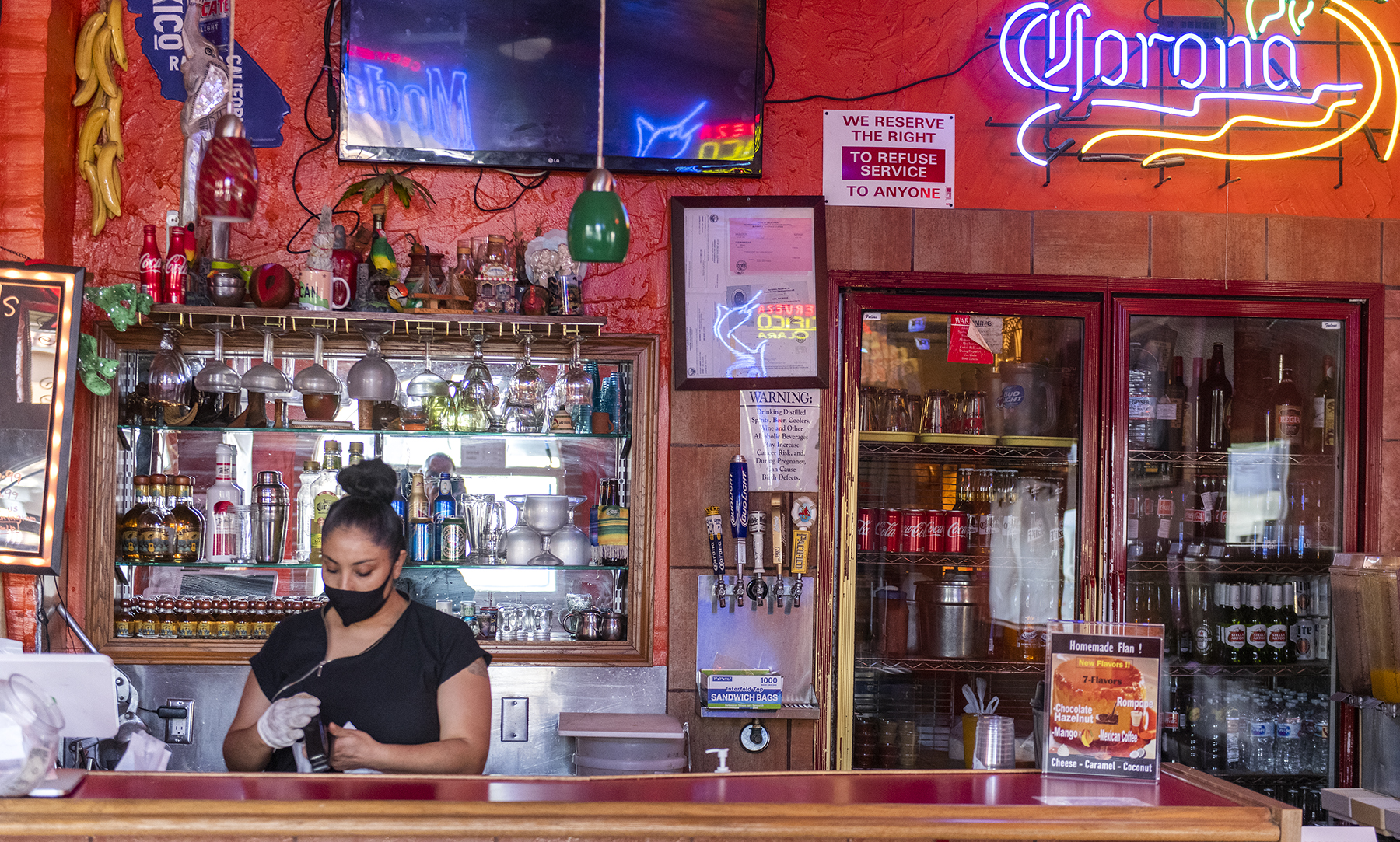 “La Ceiba is a very happy city,” she said in Spanish, and she wanted her customers to feel that same joy when they came to her restaurant.

Before the coronavirus era, you could visit the restaurant and order Salvadoran pupusas, Honduran baleadas or Mexican tacos and sing norteñas to punta songs with your family at a table or complete strangers at the bar. It was a warmth you felt from restaurant workers and visitors—warm just like the creatively spackled, orange walls.

The interior of the space, adorned with ceramic birds and fruit and a mural of a Honduran beach, visually draws you in with its glossiness. On the outside, colorful, blocky letters, spelling out the restaurant’s name, hover over a shingled roof and dome-shaped, bricked windows near the corner of Seventh Street and Nebraska Avenue.

Now with the pandemic, Salazar misses her customers and giving them kisses and hugs in her restaurant that was once filled with people at tables, now empty with furniture stacked against the edges of the walls as they only offer takeout. While preparing orders that are often hollered, Salazar, who can hear from only her right ear, also misses breathing easily in the kitchen heat.

“I have difficulties with my ear, I have to listen, wear this,” pointing at her mask, “and I have to cook,” she said.

Financially, she said they were also hit hard. Knowing her customers have less money too, she and her husband decided to offer their dollar pupusa Tuesday special, as well as their taco and baleada special as a daily offering, knowing they stand to lose money in the process. 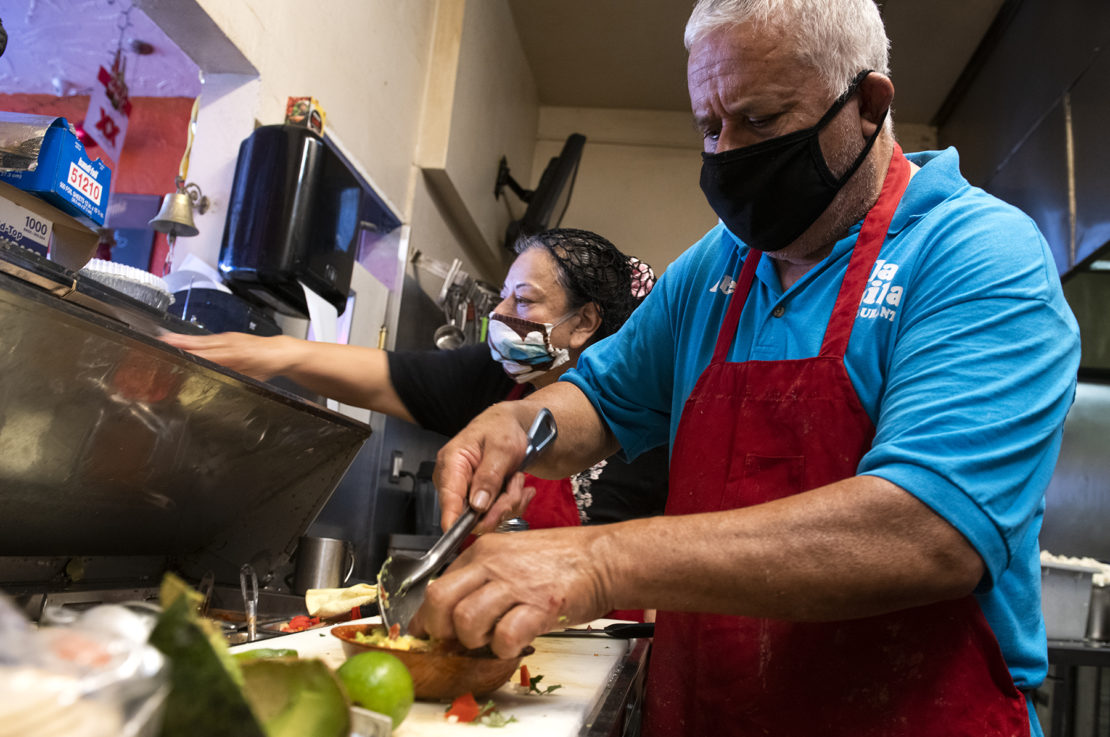 Abel Salazar finishes up an order as he makes guacamole for a dish as Maria Teresa Salazar makes her way through the kitchen of the restaurant, La Ceiba which makes Honduran-Salvadorian and Mexican food in Long Beach Tuesday, September 29, 2020. Photo by Thomas R. Cordova.

One day, a customer brought Salazar a bag of chiles for her salsas. The customer, a woman who lives nearby, noticed the financial hardship Salazar was feeling, having also laid off three workers. Salazar, overwhelmed by the gesture, began to cry.

In the face of this pandemic, she wants to be strong, staying true to her restaurant’s name, La Ceiba, which she said also represents strength, being, quite literally, the name of a large, thorny, oak-like tree native to Honduras.

Salazar said she makes her food with love, hoping to feel a calmness after taking a bite of, say, one of her platanos fritos.

“I make it as if it was for my mother, my daughter, because that’s my family,” she said. “And the clients are my family.”