A rare chance to buy a loft penthouse in the historic Ebell Club, for $878,000 • Long Beach Post News
- ADVERTISEMENT -

The Ebell Club at Cerritos Avenue and Third Street in Alamitos Beach continues to preside over its neighbors like a grand and moneyed matron just as it had when it first opened in 1924.

The Spanish Renaissance-style building was constructed for the club by Charles T. McGrew, a notable Long Beach builder whose company C.T. McGrew & Sons earned the nickname as “the firm that built the Long Beach skyline.”

That might have been a bit over the top in terms of praise, but McGrew’s company did compile an impressive list of building achievements that include the Pacific Coast Club, the First Congregational Church, the Press-Telegram Building and several smaller buildings including residences and the Alamitos Branch Library. 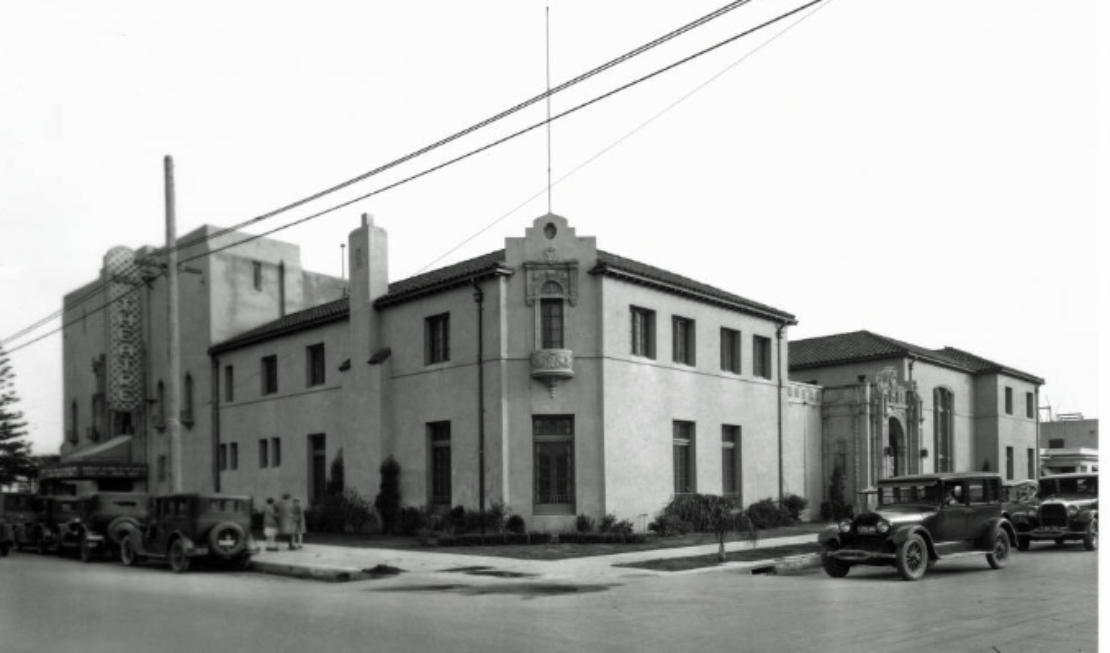 The Ebell Club and theater on Cerritos Avenue and Third Street in 1927. Photo courtesy of Long Beach Public Library.

Less than a decade after its completion, the $250,000 clubhouse was damaged in the March 10, 1933 quake. A loan of $101,200 was secured for the rebuilding, and, to help in the cause, satirist Will Rogers moseyed into Long Beach to give a talk before a sold-out crowd at the Municipal Auditorium, hauling in $1,148 toward the rebuilding effort.

The building, in fact, has outlived the club itself. Founded by Adelaide Tichenor and 17 other women in 1896, Ebell Long Beach promoted women’s education through study groups, lectures, music, books, travel and poetry, while the club’s theater made money screening feature films.

But societal changes caused membership to dwindle as more women entered the workforce. By 2002, it had a mere 100 members remaining and the club formally dissolved in 2013.

Today, the Ebell Club is enjoying a new life as a quality and elegant event space, as well as an 11-unit loft condominium complex repurposed in 2005 at the building’s eastern end by preservationist and developer Jan van Dijs, who bought the building in the early 2000s. 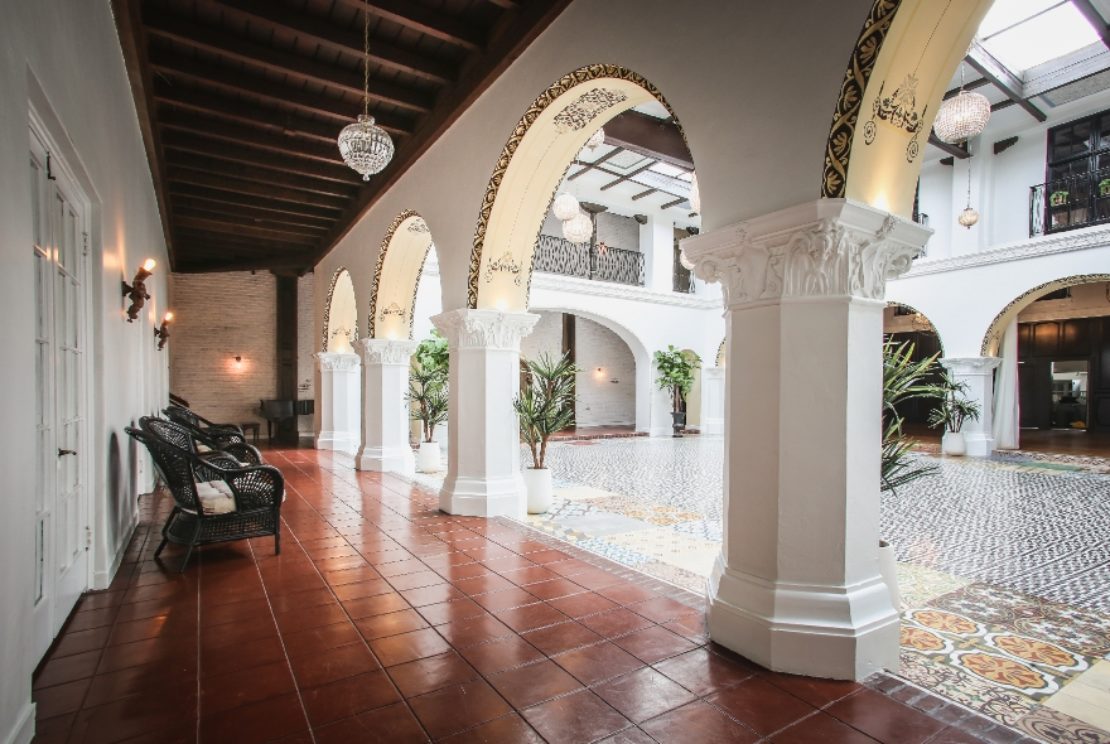 Events promoter Alan Dunn purchased the Ebell in 2016 and totally revamped the events space, but left the condos as van Dijs designed them.

Each residential unit is unique from the others and they range in size from 1,200 to 2,200 square feet, and they don’t go on the market very often, with an average of one unit selling per year.

Currently, the true penthouse of the complex is for sale, listed by Nate Cole of Unique California Properties.

In recent times, Realtors have termed virtually every unit higher than the lobby a penthouse, and all of the second-floor condos at the Ebell are called penthouses, but Unit #201 is the jewel of the Ebell, the penthouse of the penthouses.

Priced at $878,000, the condo features over 1,800 square feet of living space with 18-foot ceilings in the unit’s main level with its living area, main bedroom, a bath and a kitchen. 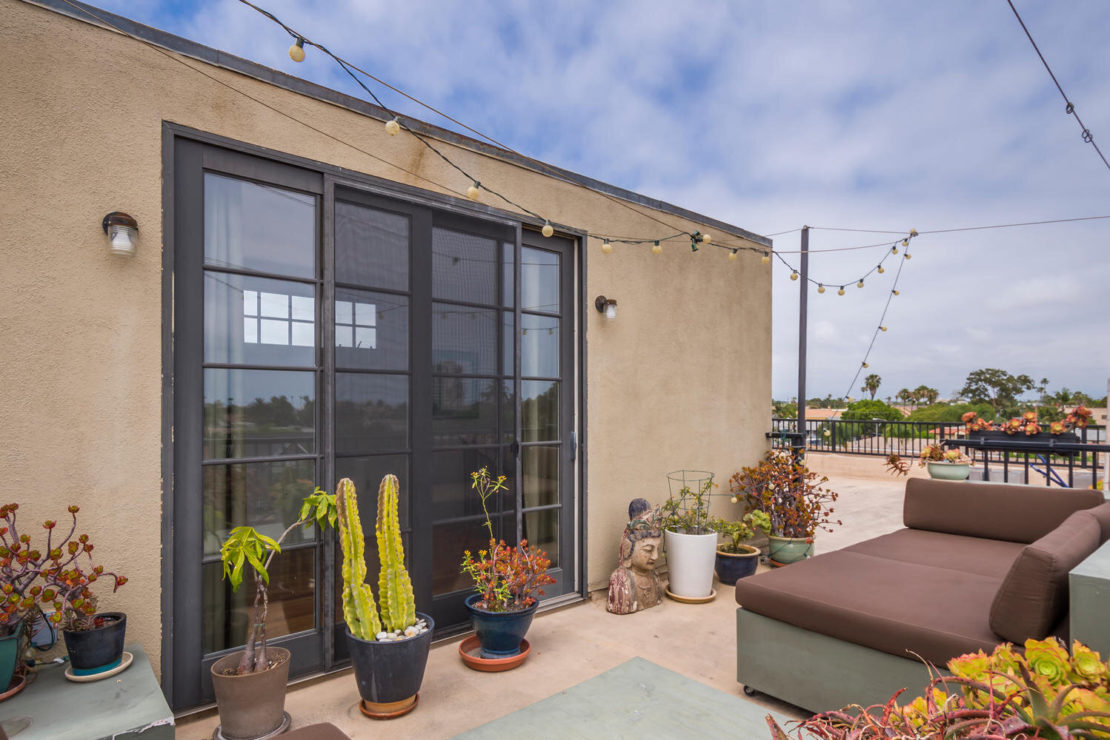 Swirl your way up on the industrial spiral staircase to the second floor of the loft where you’ll find a guest bedroom or office and a half bath. Go through the sliding glass doors to your own, private outdoor patio, the only such amenity in the complex, though all units come with their own balcony, a rare-enough feature for loft units.

The rooftop patio provides a bit of a peek at the ocean to the south, says Cole.

Amenities include two secure parking spaces with additional storage available, as well as access to the gym and exercise room. Trash, sewer and water fees are included in the association fee of $619 a month.