Long Beach Congressman Alan Lowenthal said in an interview Wednesday that the scene he witnessed in the nation’s Capitol today is akin to a coup attempt by Trump supporters who have no regard for the Constitution of the United States.

“It is frightening,” the five-term Congressman from Long Beach said. “I’ve never seen anything like this in my life. It’s a mob scene.”

The unprecedented violence in Washington, D.C., began when thousands of supporters of President Donald Trump gathered near the Capitol building and White House to assert, falsely, that Trump had been cheated out of a victory in the November election.

The two chambers of Congress were holding a joint session this morning to certify the results of the election, which is normally a routine ceremonial event. Republican Rep. Paul Gosar of Arizona then challenged the results, which triggered a two-hour debate in the Senate and House of Representatives.

Lowenthal, 79, said he was in his first-floor office in the Capitol as the debate began because leadership had told most members to stay away from the chambers until it was time to vote. Lowenthal watched the violence begin to unfold on television, and he soon saw rioters marching by his window and heard them breaking glass. He said he shut off the lights in his office and stayed away from the window. 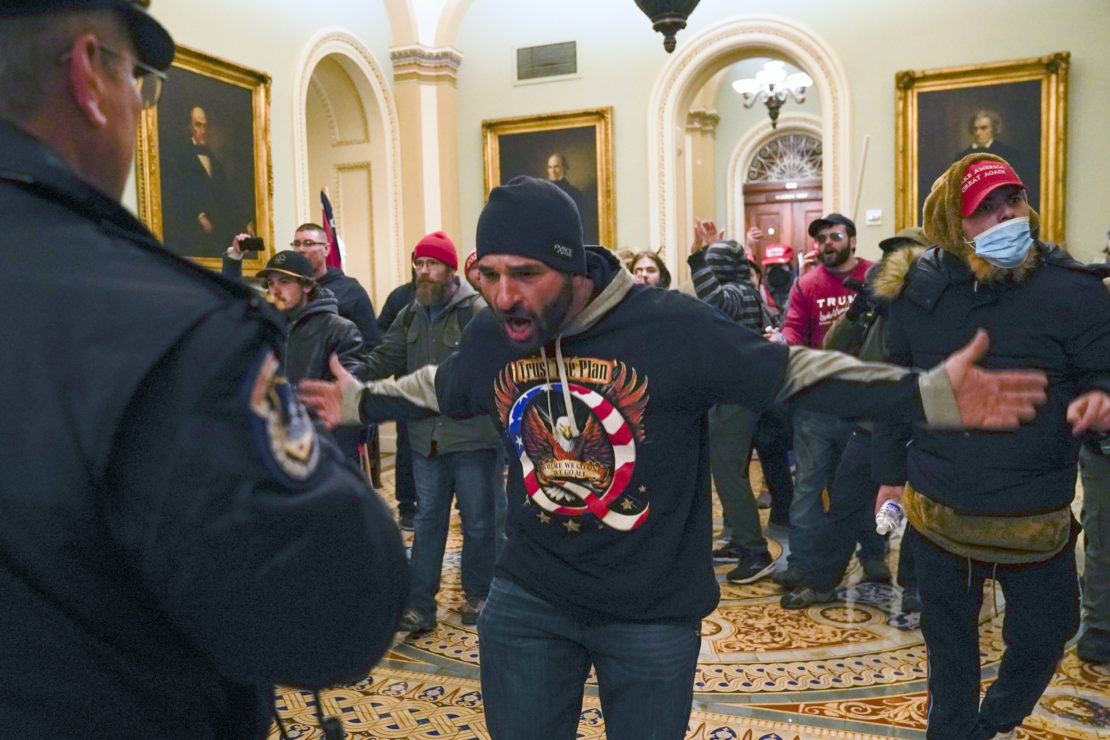 Trump supporters gesture to U.S. Capitol Police in the hallway outside of the Senate chamber at the Capitol in Washington, Wednesday, Jan. 6, 2021. AP photo by Manuel Balce Ceneta.

Later, Capitol police informed his office that they could not keep that part of the building safe. He was then moved to another secure location, but could not divulge where.

Lowenthal said police told him to make sure he had his gas mask—police were firing tear gas at one point to disperse the crowds that had breached the Capitol—but Lowenthal didn’t know he had one.

“It was somewhere in the closet,” he said. “I didn’t know it was there, but I found it.”

The National Guard has since been called in to help quell the insurrection as rioters overwhelmed Capitol police, scaled walls with makeshift ladders and ropes, broke windows and banged on doors. At least one person has been shot, according to officials, who didn’t immediately provide details. 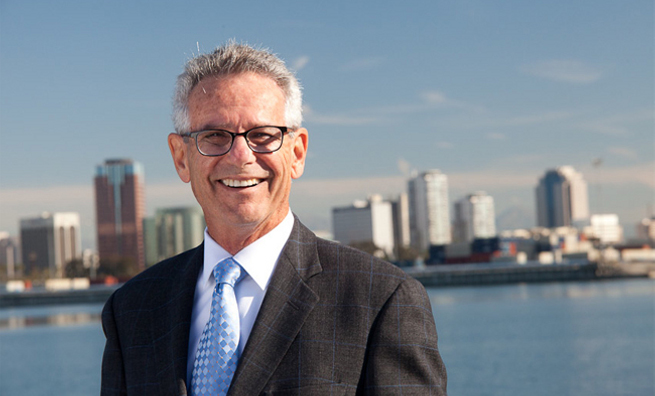 Lowenthal called on Trump to make a declarative statement denouncing the violence and saying unequivocally that he lost the election.

“A hallmark of our democracy has been the peaceful transfer of power,” he said. “I don’t have to be happy about it, but it is our responsibility to uphold the Constitution. The world is watching.”

He called the events Wednesday a “coup attempt”—something America will not easily get past.

“But we will survive,” he said.

Lowenthal said he and fellow Democrats—along with Republicans who are upholding the Constitution—will indeed certify the November election.

I am still safe within the Capitol complex. Today’s events are a tragic embarrassment for our country. There is no way to hide the fact that the President is responsible for this chaos, and must order his supporters to leave.

Meanwhile Rep. Nanette Diaz Barragan, who represents San Pedro and parts of Long Beach, spoke to KNX Newsradio from her Capitol Hill office, where she was locked inside.

“We have been told on the loudspeaker that connects all the offices to lock our doors, to lock the windows, stay away from the windows, to shelter in place,‘’ she said. “We don’t have a window from our office into the hallway so it’s hard to see when we hear somebody walking whether they’re protesters that have made their way into the House office buildings or not. It’s very scary. We’ve (never) seen anything like this before.‘’