Vendors at the Alpine Village swap meet are dismayed after being notified that the market will permanently close as of Feb. 23.

The official notice came in the form of a letter on Saturday, Jan. 21, and a short note on the Alpine Village website: “Swap Meet will remain open through February 22, 2023 (permanently closed starting Feb 23, 2023).”

Information regarding what led up to the closure has been limited, and vendors say they’ve been ignored.

Initially, vendors were told on Dec. 27 that the swap meet, at 833 W. Torrance Blvd., would be closed for the last two weeks of January and that it may not reopen again in February. In response, they organized two protests where hundreds of vendors and their families marched outside of the historic Alpine Village demanding answers from the board of directors in charge of the site’s operations. 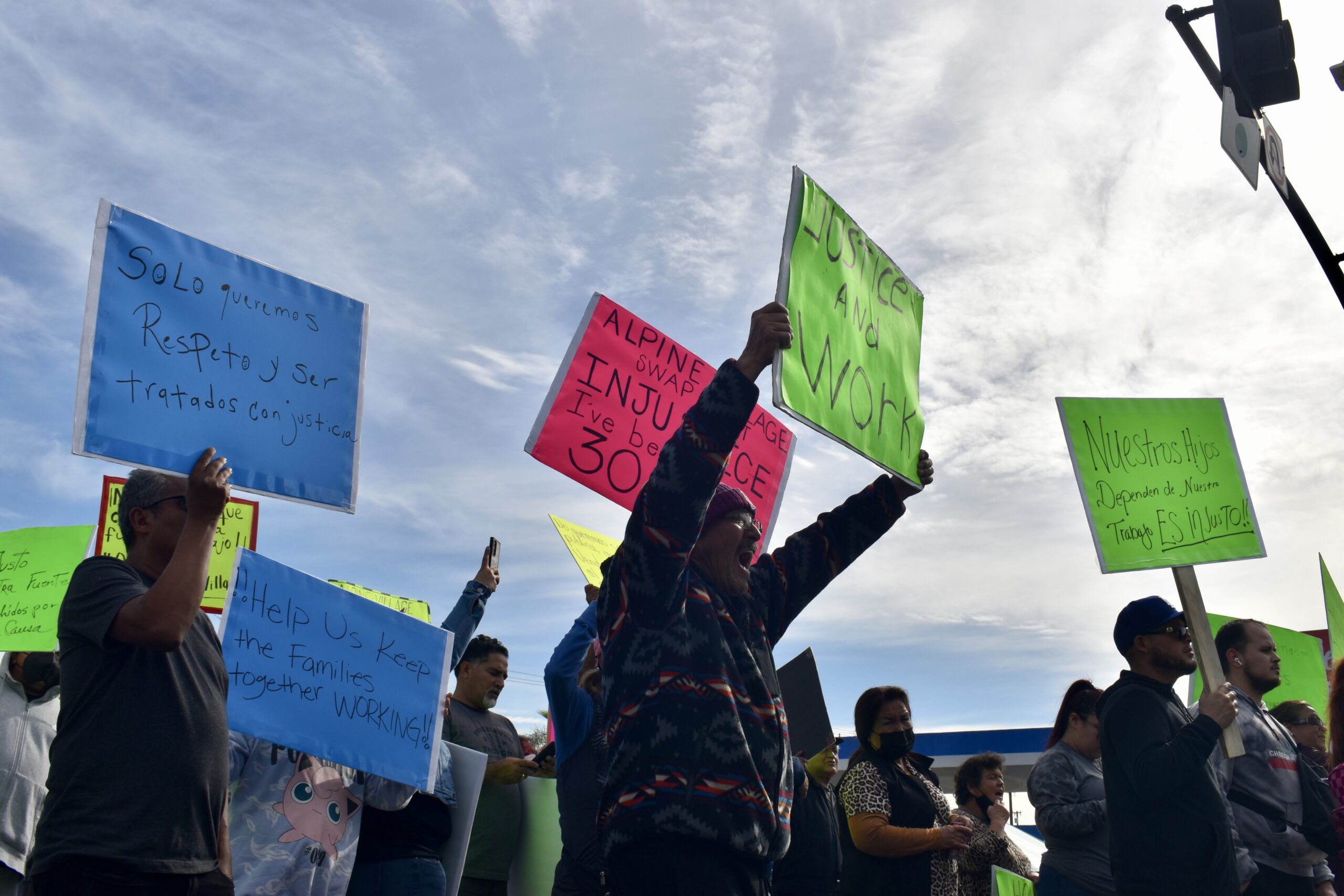 On Jan. 10, dozens more attended the Los Angeles County Board of Supervisors meeting to urge county officials to help them.

“Many of these small and family-owned businesses have been operating at this historic landmark for over 30 years and have been given less than two weeks to find a new place to keep their doors open,” said Supervisor Holly Mitchell in a statement shortly after the meeting. “Although this is a private sale outside of the County’s purview, my office is currently working to see what can be done to provide more time and support to our constituents that are impacted.”

Details on a potential sale have not been confirmed, and Alpine Village officials and their lawyers have not responded to multiple requests for comment from the Post over the past three weeks.

“Just because you work in a swap meet doesn’t mean you have no value, Esthela Nevarez previously told the Post. She has been a vendor at the swap meet selling snacks, drinks and candies for nearly 17 years. Following the recent deaths of her two sons, the friends, colleagues and customers that she met at Alpine Village helped her through her grief.

After receiving the initial notice, the vendors were told the swap meet would remain open until Sunday, Jan. 22, but the swap meet’s longer term future remained unclear until they received notice of the official closure last week.

“It makes me angry, it makes me sad the way they are doing it. This is affecting us psychologically,” Nevarez on Monday. “They should have told us this from the beginning.”

The historic Alpine Village, a Bavarian-themed shopping center, has been around since 1968 and is home to various shops, a deli, a bakery and the popular swap meet, which is open six days a week, Tuesday through Sunday, from 7 a.m. to 3 p.m. Many vendors are there every day selling snacks, clothes, tools and more, making just enough money to pay their bills.

Over the years, the village faced economic hardships, including in February 2020, when it closed its restaurant and bar. A few months later, it was designated a historic landmark by the Los Angeles County Board of Supervisors, protecting its shopping center from being sold or redeveloped.

The designation, however, did not cover the parking lot where the swap meet currently stands—Alpine Village officials said that the parking lot did not have any exceptional importance to the history of the space. In January 2020, the Daily Breeze reported that, “Most of the 14-acre site — an undulating parking lot built atop a former garbage dump — will be sold and redeveloped, likely as an industrial property.”

At the time, there was speculation that the Long Beach-based development company Pacific Industrial was in escrow to acquire the land but, as the Daily Breeze reported this week, it’s unclear whether the sale ever went through.

Now, vendors like Nevarez are left scrambling to figure out what’s next.

“They did not do things the way they should have been done,” she said. “Apart from being a mockery, because that’s how I look at it, this has been exhausting.”