Vendors at the Alpine Village swap meet in Torrance consider one another family and treat the place like a second home.

Now, the fate of the swap meet is in limbo and the livelihoods of hundreds of vendors are on the line after they were given a two-week notice that the outdoor market could permanently close at the end of the month.

In a written notice, vendors were told that the swap meet, at 833 W. Torrance Blvd., would be closed from Jan. 16 through Jan. 31 and that it may not reopen again in February.

Vendors claim that the corporation in charge of the historic Alpine Village has ignored them, refused to respond to their inquiries and failed to explain a reason for the closure.

“At the present time, we do not know if the swap meet will re-open February 1, 2023,” the written announcement reads.

On Saturday, vendors left their booths behind and staged their second protest in front of the beloved outdoor market, demanding that it stay open or, at the very least, demanding answers from someone in charge. 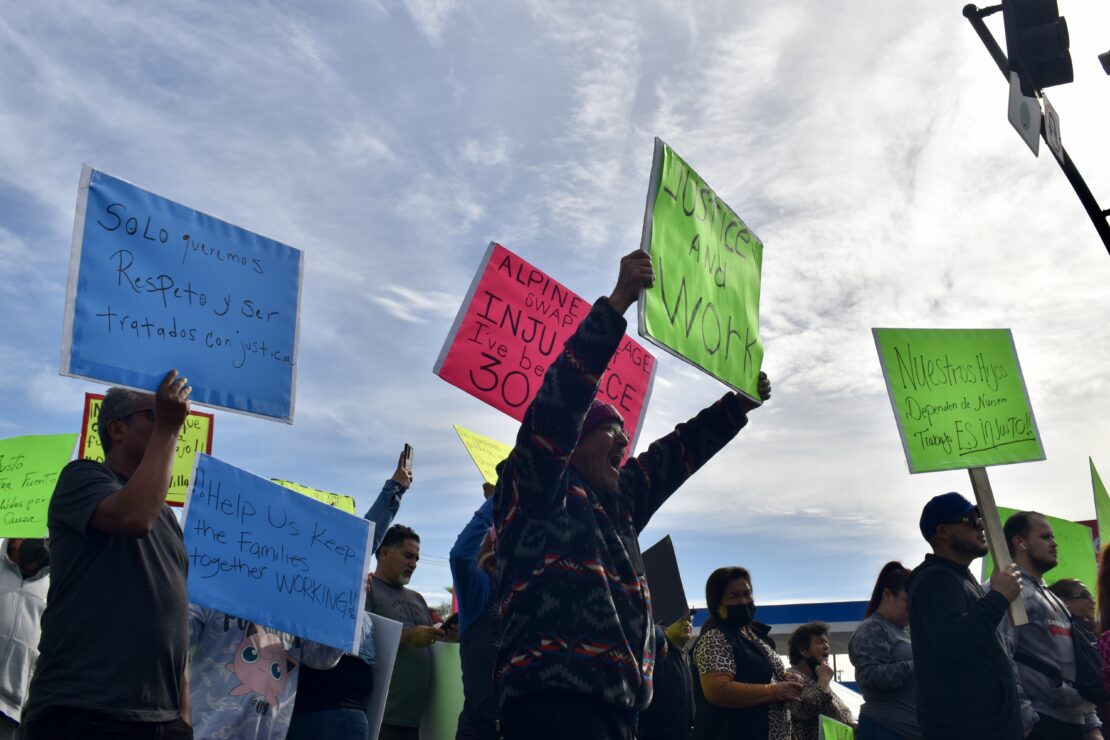 Sanchez, 61, has been a vendor at the Alpine Village swap meet for more than half of his life, over 35 years. “Rain or thunder,” he said, “I am always here.”

At the protest Saturday, Sanchez worried not only for himself but for the colleagues he’s come to know and love over the years. “They all have a story like mine,” he said.

Like him, Sanchez said, vendors at Alpine Village have paid their bills, bought homes, put their kids through college and built their American dream.

Vendors and allies marched along the entire westbound lane of Torrance Boulevard carrying signs in Spanish that read: “Nuestros hijos dependen de nuestro trabajo. Es injusto!” “Our kids depend on our job. This is unfair,” and “Justicia por nuestro empleo.” “Justice for our jobs.” 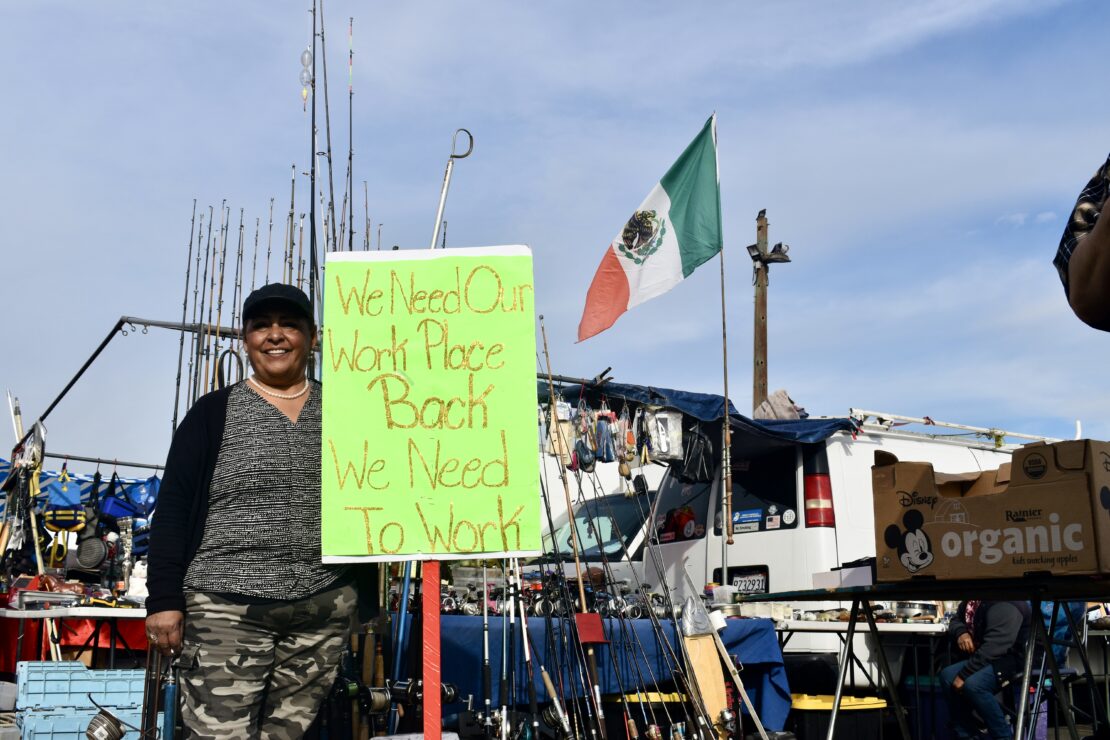 Marisela Mora, 60, has spent the past 15 years selling supplements, traditional herbs, honey and medicine at Alpine Village swap meet. “I think I would cry (if it closed) because I’ve given so much to this place,” she said. Photo by Laura Anaya-Morga.

Miriam Cervantes, the assistant manager at the swap meet told the Long Beach Post that management has received the same information as vendors and are unsure if the swap meet will reopen on Feb. 1.

In an email correspondence obtained by the Post earlier this week, Alpine Village spokesperson Angie Klokkevold explained to concerned vendors that Alpine Village is a corporation operated by a board of directors and they have the right to shut down the swap meet as they see fit.

Klokkevold wrote that while it is unknown whether the swap meet will reopen on Feb. 1, vendors have no right to insist that they stay open, nor do they have the right to any information from Alpine Village regarding the reasoning for the closure. 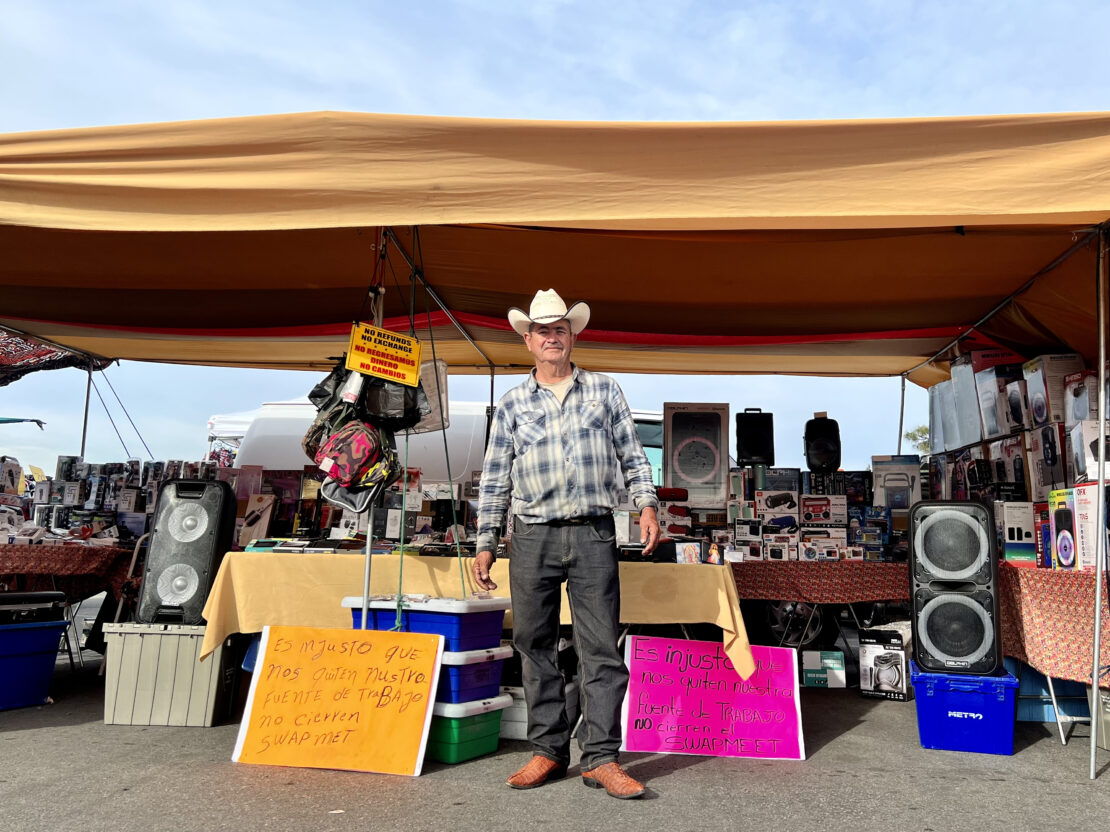 Juan Ignacio Rivas, 67, has been a vendor at Alpine Village Swap Meet since 1979. He said the closure of the swap meet would leave him with no work and nothing to do. Photo by Laura Anaya-Morga.

Klokkevold ended the email stating, “…if any vendor presently wants to do their vending at another location, they are obviously entirely free to do so (as they have always been free to do so).”

But vendors say it isn’t that simple.

“If we went to another place, we’d be starting from the bottom again,” said Viridiana Valdez, a vendor for over 18 years. With the money she has made selling tools at merchandise at the swap meet over the years, she has been able to raise her three kids alone, Valdez said.

“Los vendedores aquí, somos familia,” she said. “The vendors here, we are a family.”

Klokkevold and Alpine Village havex not responded to questions sent by the Post on Tuesday night.

“We have faith. There has to be someone out there who will listen to us,” said Sanchez. 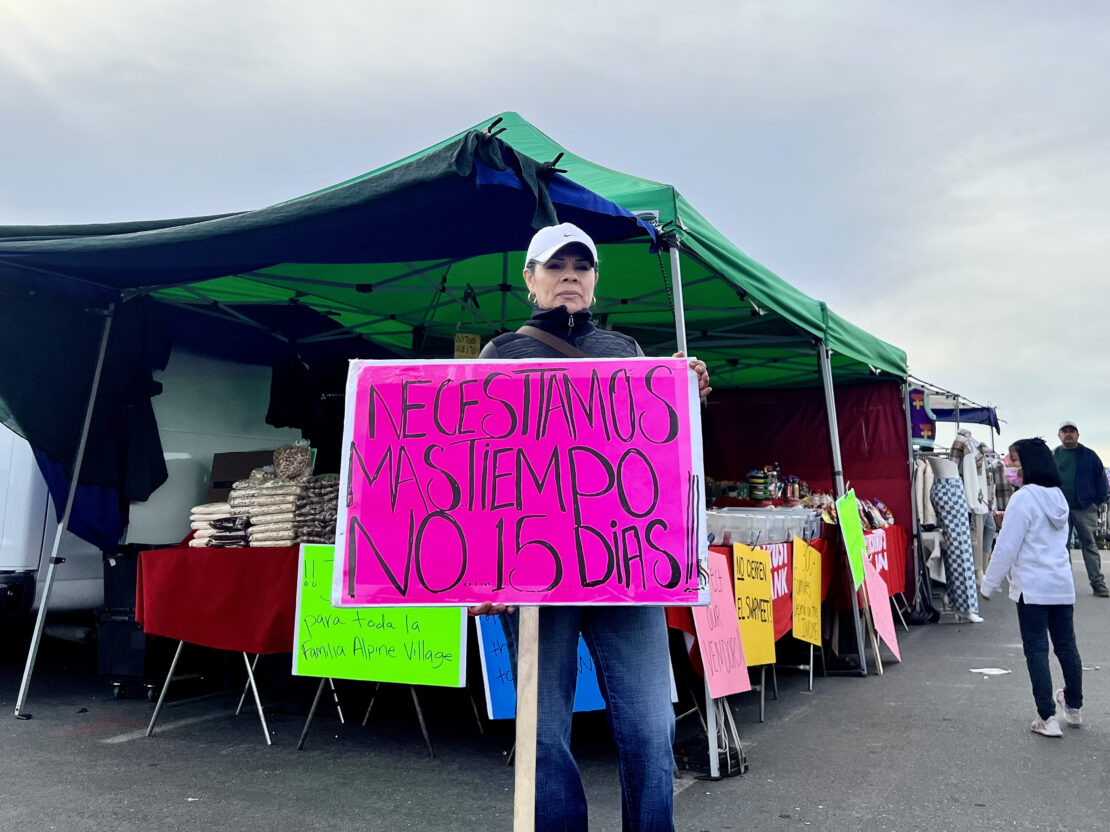 Esthela Nevarez, has been a vendor at Alpine Village Swap Meet for 17 years. Following the deaths of her two sons in October 2021 and last January, the friends, colleagues and customers that she met at Alpine Village helped her through the grief. Photo by Laura Anaya-Morga.