A trial over Cal State Long Beach’s treatment of indigenous land is inching closer to the courtroom, and on Monday, tribal leaders outlined the protections they’re seeking in the hopes of blocking the potential of ever developing a plot of revered ground known as Puvungna.

All of CSULB was built on land tribes considered to be part of Puvungna, which was a village and place of creation and burial site for the indigenous people who lived there. Now, indigenous nations say they use the remaining 22 acres of undeveloped land along Bellflower Boulevard for ceremonies and spiritual gatherings.

The university’s treatment of Puvungna has been a source of controversy for years, but it was recently reignited when work crews dumped dirt from a nearby student housing project onto Puvungna in 2019. Accusations that the university planned to build a parking lot on the land also went viral on social media last year.

The latest step came on Friday when the Juaneño Band of Mission Indians, Acjachemen Nation-Belardes and the California Cultural Resources Preservation Alliance, Inc. filed an opening brief—their opening argument in a lawsuit—moving them one step further in the legal battle.

The tribal groups say they want the university to remove the construction dirt and debris, restore the site to its previous state, and enter into a legally binding agreement that permanently protects the land. 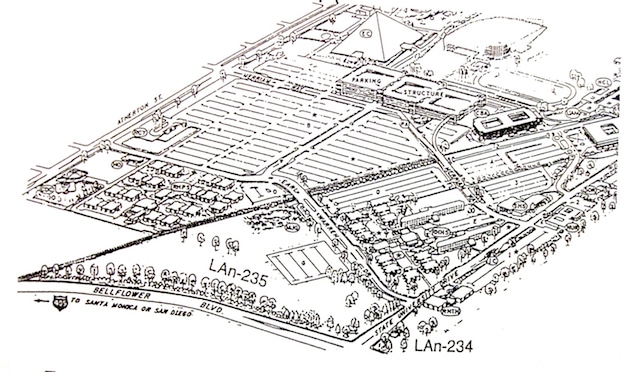 Cal State Long Beach spokesperson Gregory Woods declined to comment on the lawsuit, instead referring questions to a video statement released in January in which Cal State Long Beach President Jane Close Conoley says that the university will not build on top of Puvungna.

“Rumors involve a new university plan for a parking lot on that land,” Conoley said in the video statement. “That is untrue. There are no plans in place for a structure of any kind on that land.”

“Videos and social media posts do not give us any legal protection,” said Joyce Stanfield Perry, tribal manager and cultural resource director of the Juaneño Band. “Legal actions speak way louder than words, and we need a legally binding agreement.”

Conoley said in the statement that keeping the soil from another part of campus onsite was “the preferable method of managing excavated earth based on counsel we received from our campus Committee on Native American Burial Remains and Cultural Patrimony.” She added that the unintentional construction debris was removed.

“We have been engaged in a process with the Native American Heritage Commission, State Historic Preservation Officer, and other interested parties to ensure a permanent plan for that soil in terms of better integrating it into the surrounding landscape and introducing native plantings,” Conoley said in the statement.

In the meantime, the university has until April 30 to respond to the lawsuit’s opening brief, said attorney Winter King during Monday’s press conference. The trial is scheduled for June 17, she said.

About 30 years ago, the university tried and failed to build a strip mall on Puvungna in the 1990s, which also led to a lawsuit, according to CSULB’s documentation of the past controversy. Rebecca Robles, who was was raised near Puvungna, said her parents were involved in protests against CSULB when it wanted to build that strip mall.

Robles, Acjachemen cultural bearer of Juaneño Band, said that “it feels like Groundhog Day” because “we keep doing things over and over again.”

“They can end this controversy today,” she said.