Authorities on Tuesday identified a 1-year-old boy who was killed when a car hit him in North Long Beach in what police said appears to have been an accident.

The boy, identified as Mason Hernandez Ruiz, would have turned 2 in October, according to the Los Angeles County Coroner’s office.

Authorities said he ran in front of a car at about 8 p.m. Saturday. The driver had just dropped off the boy and his dad at a mobile home park near Jordan High School.

Police said the father had become momentarily distracted when the boy ran to the front of the car, which was being driven by a car service driver. The driver pulled away from the curb and struck the boy, police said.

The boy was transported to a local hospital where he died of his injuries.

Neighbors inside their homes during the incident said they heard screams outside from the father and others nearby.

Esequiel Cruz, 14, who is friends with Jose and lives across the street from him, saw over a dozen people crowded around the toddler as they waited for authorities to arrive.

One neighbor, who declined to give her name, said that during the incident, other children were playing on the street.

Neither the father nor the driver have been identified. Police said the driver remained at the scene and is cooperating with the investigation. 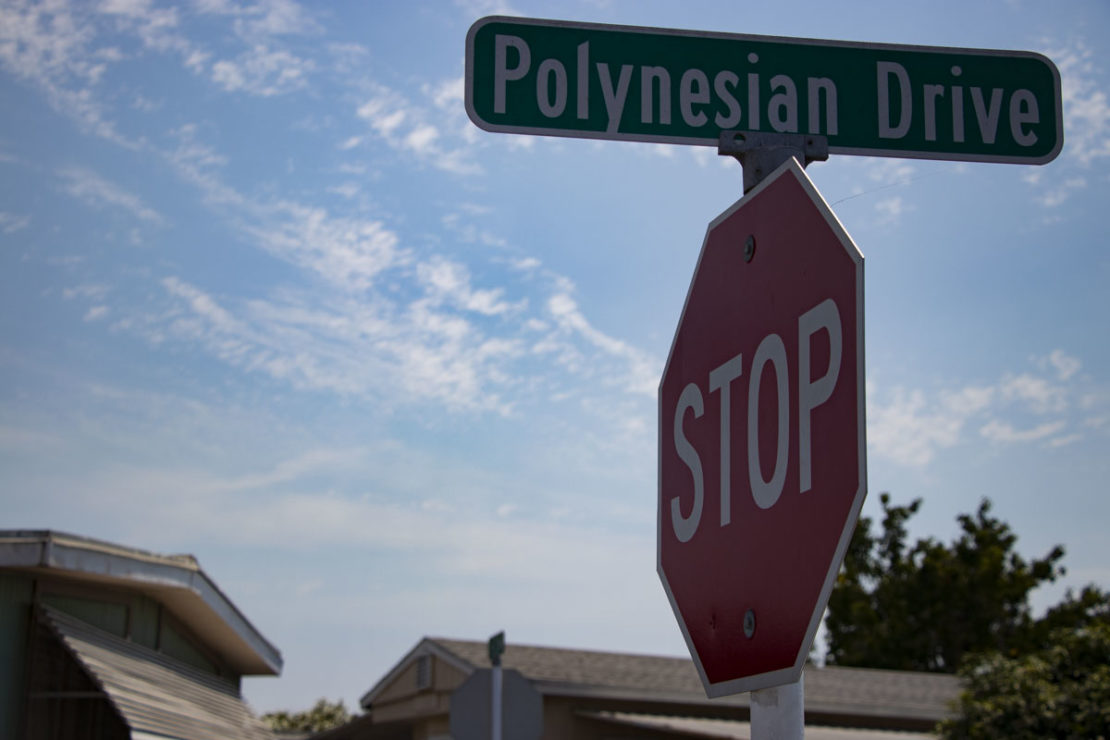 A street sign of the cross street of Lei Drive where a 1-year-old was struck and killed by a vehicle at about 8 p.m. Saturday in North Long Beach. Photo by Crystal Niebla.