In a scathing ruling this week, a federal bankruptcy court judge called two Urban Commons executives “fraudsters” and said they could be arrested for allegedly absconding with $2.4 million in COVID-19 relief aid that was meant to help Queen Mary employees in the pandemic.

In his ruling on Monday, U.S. Bankruptcy Court Judge Christopher Sontchi in Delaware found Urban Commons principals Howard Wu and Taylor Woods in contempt for failing to freeze assets and properly account for how they spent millions of dollars in federal Paycheck Protection Program (PPP) loans.

The pair is ordered to return to court for a hearing at 11 a.m. on Friday, where the judge will decide what sanctions to impose. The judge said Woods and Wu could be taken into custody, though they would first face an evidentiary hearing.

“Messrs. Woods and Wu are fraudsters,” Sontchi wrote. “They fraudulently obtained a PPP loan on behalf of the Debtor without authority and absconded with the proceeds, leaving either the Debtor or the United States to pay back the lender.”

The judge said arresting Woods and Wu would be a “drastic action,” but it might be more effective than monetary sanctions.

“The Court does not take this step lightly, but the actions of Defendants in derogation of a Court order entered after notice and a hearing leave no alternative,” Sontchi wrote.

The judge in a previous court hearing said he was considering referring the matter to the U.S. Attorney’s office.

Urban Commons, a Los Angeles-based real estate and investment firm, has faced a mountain of debt and legal problems since it took over as the Queen Mary’s leaseholder in 2016. The company earlier this year declared bankruptcy and gave up its lease, returning control of the Queen Mary back to the city of Long Beach. 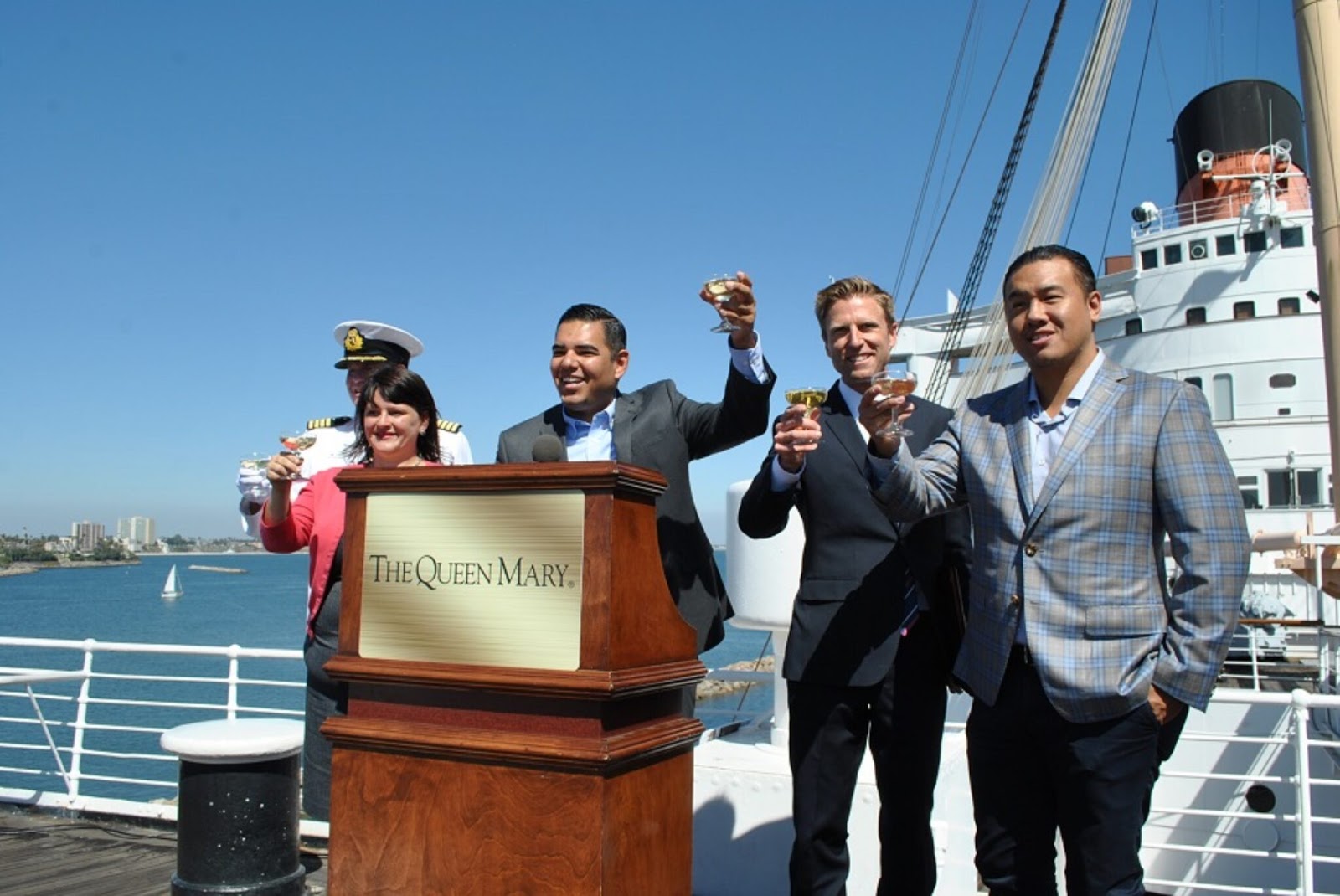 According to bankruptcy court documents, Woods and Wu last year allegedly applied for two PPP loans in the Queen Mary’s name to maximize their aid money. They then allegedly drained a bank account “within mere hours” of receiving $2.4 million in federal aid and funneled the money for personal gain into various accounts, including some overseas, according to documents.

The funds were intended to “retain workers and maintain payroll or make mortgage interest payments,” but the Queen Mary never saw the funds, according to documents.

Neither Woods nor Wu could immediately be reached for comment Wednesday. Woods previously told the Post that the PPP loan application was made by mistake and that they were working to fix the issue.

Woods and Wu’s former company, Urban Commons Queensway, LLC, took legal action in bankruptcy court, contending that the pair improperly applied for the loan money without the company’s consent, leaving it on the hook to repay the federal government.

Sontchi in August granted a preliminary injunction freezing assets to assure repayment and demanding a detailed accounting of the funds. But in his ruling, the judge said Woods and Wu have so far not complied with the order.

Woods and Wu in court documents have asked for repeated delays so they could retain new lawyers. The pair is also facing an onslaught of alleged fraud and breach of contract lawsuits, and lawyers in several cases, including the bankruptcy case, have asked to be relieved of counsel due to nonpayment.

The pair in court documents said the loan money went for company expenses, including paying $900,000 in taxes owed to the city of Long Beach.

The news comes as Long Beach auditor Laura Doud on Monday released a report finding that Long Beach overpaid for $23 million in critical repairs for the Queen Mary.

The city in 2016 issued $23 million in bonds and Tidelands funds to Urban Commons for urgent repairs on the aging ship, but Doud after a two-year investigation said she can’t verify how that money was spent due to the lack of detailed financial records.