Belmont Shore, unlike its nearby water-adjacent neighborhoods, has to a large degree maintained its original architecture of small and comfortable Spanish Revival cottages. Even homes that have been torn down to make room for larger houses tend to follow the same Spanish-influenced style with red-tile roofs and arched windows and doorways.

In 1990, builder Charles Roy and his architect brother Dennis Roy, demolished a typical Shore-style home to build a new one for Charles and his wife, and the style, while decidedly not typical of Belmont Shore, is whimsical, lively and utterly unexpected in this stretch of houses.

Charles Roy, who moved his family to Newport Beach after living in the house until he sold it in 1997, recalled that the construction and modern style of the home “made the neighbors pretty unhappy,” but he said he and his wife loved the place. “We had a lot of parties on the rooftop deck,” he said. “It was a fun place to live.” 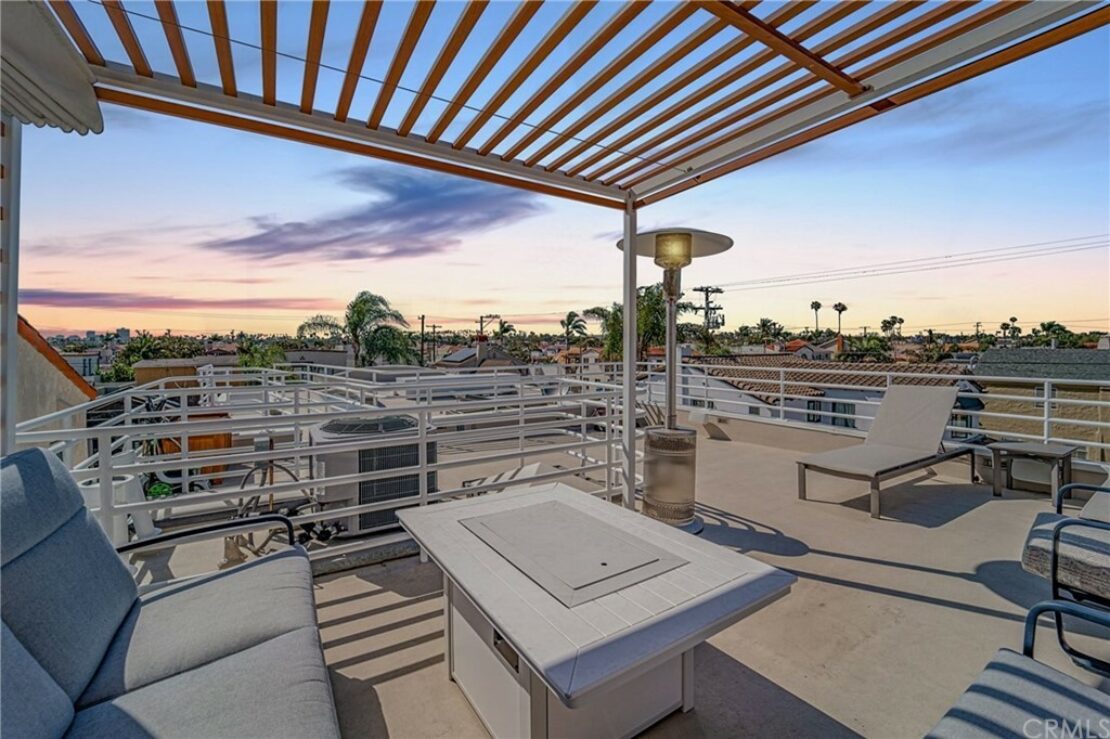 But then, he said, “We started having kids and we needed more room.”

Since then, the home has had four owners, some of whom made slight modifications to it, but it still remains a model of modern architecture, with oddly oblique window casings and liberal use of white tubular railings, giving it a nautical, if not outright cruise-ship appearance.

The home, at 128 Pomona Ave., is listed by agents Natasha Reneau Jones and Nakia Holland at $2.095 million. It’s in a handy location for Shore living, being relatively equidistant by a couple of blocks to Alamitos Bay, the beach and Second Street.

The four-bedroom, three-bath residence is strikingly provocative inside as well, with such surprising and distinguishing features as a massive concrete block wall that goes from floor level up to the second story, where you find, instead of a conventional hallway, a sort of catwalk guarded by more steel tubular handrails bridging the area between the primary suite and the other bedrooms. 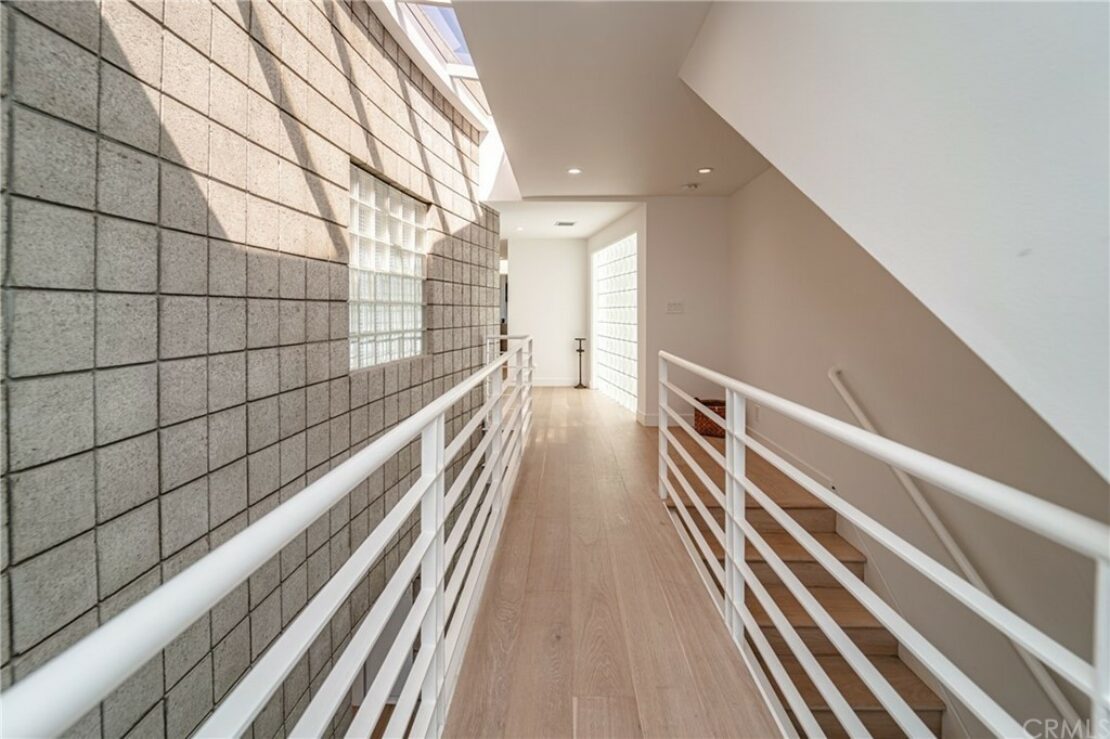 The ground floor’s living room flows into the dining area and the kitchen that’s stocked with high-end appliances. Outside the living area is a dog room and run behind glass sliders. For a buyer bereft of a dog, it could be easily converted to a garden or a patio.

There are already plenty of available outdoor spaces for parties or get-togethers, whether it’s the fairly intimate second-floor balcony near the primary bedroom, or up the steps from that balcony to the expansive roof deck with views out over the neighborhood to the waters of the ocean and bay, with a shaded seating area and fire pit, or you just enjoy the patio on the street level with another fire pit and built-in barbecue.

Builder and former owner Roy was surprised to see the front patio getting used for entertaining. “When we had it, everything was on the roof deck. That’s where everybody went.”

He added that he misses the house, as did another previous owner, who moved out of the place because he wanted a larger and quieter house, which he bought in Park Estates. He is currently the tenant of the Pomona Avenue residence as a short-term renter while work is being done on his Park Estates house. “He really likes the way the house looks,” said Realtor Jones, “He said he’s tempted to buy it back for himself.

“But I think he was just kidding.”