Councilman calls for investigation of bar after crash that killed a father and daughter • Long Beach Post News
- ADVERTISEMENT -
Help us light up the city; Add your home to the 2022 Holiday Lights map. CLICK HERE

Councilman and Long Beach mayoral candidate Rex Richardson called for local and state agencies to scrutinize a North Long Beach bar after community members reported having seen a man heavily drinking there Tuesday night before crashing into an apartment building, killing a father and his 3-year-old daughter.

“Last night’s death is a tragedy that struck all of our collective souls,” Richardson said in an Instagram video addressing the incident. “If these new allegations are found to be true and there’s evidence of misconduct then there must be action to also hold the establishment responsible.”

The bar in question, Bottoms Up Tavern, is on the corner of the 6600 block of Rose Avenue, less than 250 feet from where police say a man in his 20s rammed a speeding 2014 Dodge pickup truck into a family’s apartment before fleeing the area on foot. Police are still searching for him. 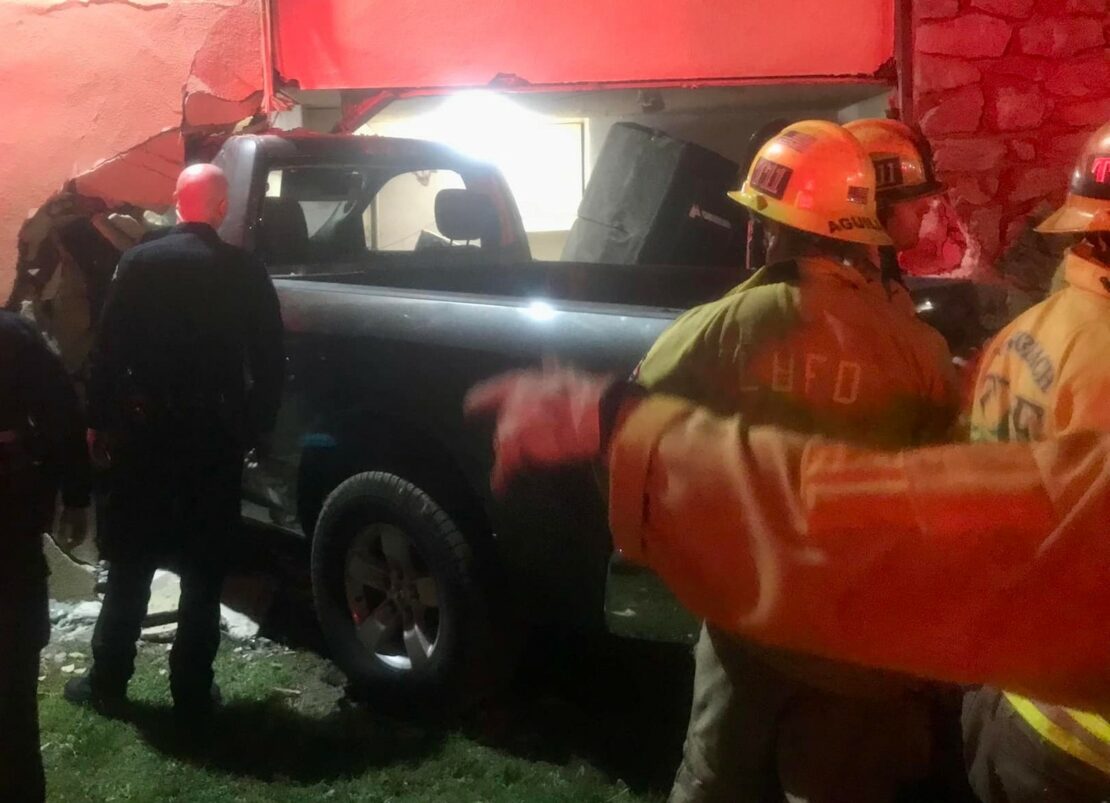 Police say a pickup truck crashed through the wall of an apartment in North Long Beach, killing two people inside on Tuesday, March 1, 2022. Photo courtesy the Long Beach Fire Department.

“This bar has had a long history of community complaints and disruptive and potentially illegal activity,” Richardson said in the video, citing a 2019 incident where a gunman was killed by a police officer after wounding one person and killing a bar-back.

In an interview with the Post, Richardson said there have been complaints on social media, but other community members have come to him directly to express their concerns about the bar.

“All bars that receive ABC licenses and city businesses are expected to adhere to a basic minimal standard to protect our public health and safety,” said Richardson, who called for the city to explore every legal action so that the bar is also held responsible if the allegations turn out to be true.

It’s unclear if the California Department of Alcoholic Beverage Control—which licenses to alcohol sellers in the state—would launch its own investigation based on the known facts. The ABC didn’t immediately return a call.

The owner of Bottoms Up Tavern, Suzanne Blevins, said that on the night of the crash she arrived at her bar to give surveillance tape that might help with the investigation to the police.

“All we can say is yes, he had a couple of beers at our bar,” Blevins said after watching the driver of the pickup truck on tape.

Security footage from the bar appears to show the man drinking inside before walking across the street on Artesia Boulevard, she said.

Moments later, he is seen driving on Artesia Boulevard at an “insanely high rate of speed, fishtailing,” and making a left on Rose Avenue, Blevins said.

That’s when he lost control, she said.

Holding back tears, Blevins said she understands the role her bar could have played in this incident as even “one drink can be a factor,” but she wants people to know she is not a “heartless soul.”

“The only thing I care about right now is that family,” according to Blevins, who said she is working with the LBPD and ABC to tie the incident together. “I don’t really have words.”

Long Beach police spokesperson Richard Mejia said the department could not yet confirm the circumstances surrounding the deadly crash—including whether the driver was drinking—because it might jeopardize detectives’ investigation.

Mejia said his department hopes to reveal more details once an arrest has been made.

Editor’s note: This story was updated with more information from Blevins.