Since his son’s death last year, Hector Maza has been waiting for this moment: to learn how long his son’s killer would be in prison.

But on Monday, the father was hundreds of miles away in Mar Del Plata, Argentina as the Long Beach man convicted of Leo Maza’s murder was sentenced to 20 years to life in prison.

Edson Rufino, 20, was found guilty by a jury in July of one count of murder and two counts of assault with a knife, as well as one misdemeanor count each of contempt of court and resisting arrest.

“It’s been difficult,” Hector said in Spanish in a July interview about processing the death of his son. “A psychologist or a psychiatrist can’t fix a child’s absence. They can give you medication, they can give you pills, but when the effects wear off, you return to the same feeling.”

In March 2020, Hector was in the U.S. on a once-in-a-lifetime, months-long trip with his son. Leo’s girlfriend Daniela Gonzalez had joined the pair for a month and the couple got engaged in Las Vegas before returning to Long Beach, where they were staying. 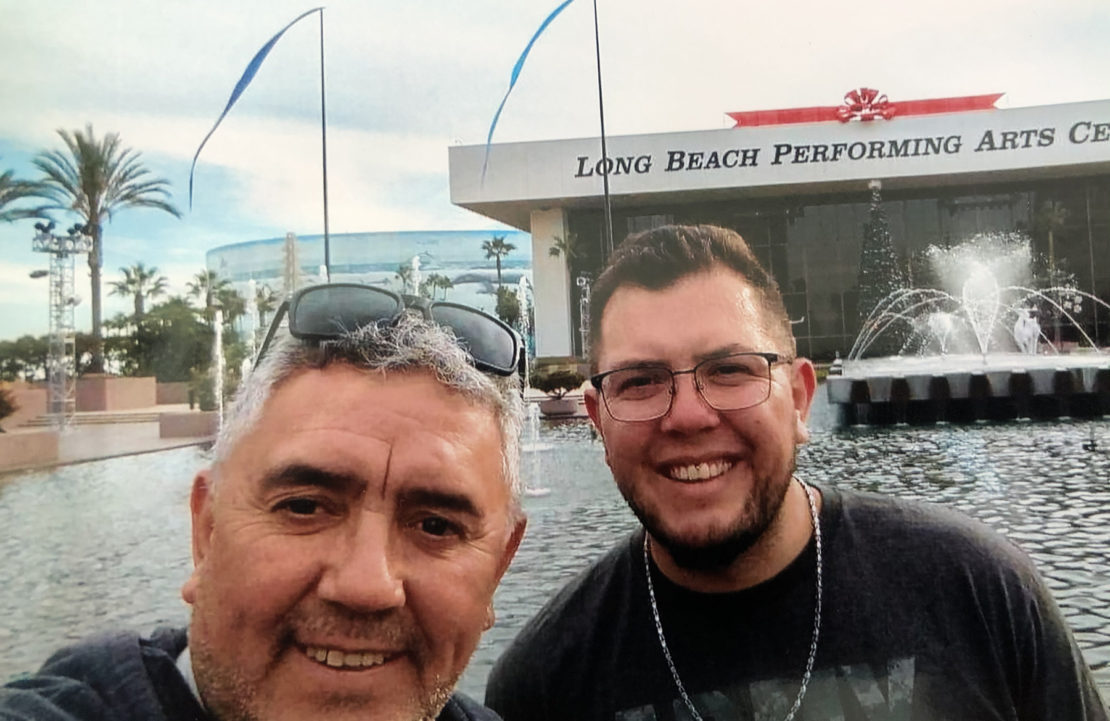 Hector Maza with his son, Leandro Maza, who was murdered in Long Beach while they were on vacation from Argentina in early April 2020. Photo Courtesy of Hector Maza.

Tragedy struck on April 2, 2020, when Leo was stabbed in the chest with a kitchen knife on the front lawn of a home in Central Long Beach. He was trying to intervene in a fight between a family who was renting him a room and Rufino, who was their daughter’s boyfriend.

Leo died that night as Gonzalez anxiously waited outside the hospital. She wasn’t allowed in because of COVID-19 restrictions.

The family wasn’t even supposed to be in Long Beach that night—they had a flight home booked for March 23, but it was canceled after sweeping stay-home orders were put in place for the pandemic. They had been working with the Argentine consulate on getting home, but available flights out were severely limited at the time, so they had to stay put.

After Leo died, Hector and Gonzalez faced further uncertainty as they had to wait to ensure Leo’s body would get home, and they wanted to be available for the pending murder investigation.

They ended up stuck in the U.S. for weeks, with Leo’s body arriving in Argentina a few days before them. He was buried on May 18, 2020.

“… his mother told me, ‘Take care of each other, take care of my son, don’t let anything happen to him,’ and I bring him back in a box. I feel guilty because I promised her, ‘I promise you I will return him, stop nagging, don’t nag, Leo will be with me,’” Hector told the Post last year.

As Hector anxiously waited to hear the fate of the man convicted of killing his son, Rufino’s sentencing was delayed multiple times. His defense attorney motioned for a new trial, arguing that Rufino was acting in self-defense when he stabbed Leo. The prosecutor, Karen Brako, argued that while Rufino may have been threatened, Leo wasn’t the one who threatened him, and the case boiled down to the credibility of the witnesses for the defense: Rufino’s girlfriend gave inconsistent testimony and statements to police.

A social worker and attorney from the nonprofit Arts for Healing and Justice Network, Zoe Rawson, spoke as a character witness for Rufino, urging the court to consider a sentence that would allow him to come home and work with his community and organizations that would help rehabilitate him. She has known and worked closely with Rufino since he was 16 years old and said he’s a loving and sensitive person who helps with his peers. Rawson urged the court to consider that Rufino was 19 at the time of the murder, meaning his brain wasn’t as developed as the adults in the situation.

“I don’t want to be dismissive of the tragic outcome of this case,” Rawson said from the witness stand, but she believes that exposing Rufino to jail would cause more harm than good as he is still growing and developing.

Judge Richard Goul said he understood Rawson’s request to allow Rufino time to grow and develop, but “Mr. Rufino robbed Mr. Maza of that opportunity when he sunk a knife into him.”

As Goul read his sentence, Rufino lowered his head to the table. Goul said, even with his sentence, he could be eligible for probation at a relatively young age and be able to be a good member of society.

Leo’s death and the subsequent trial have wrought a divide in his family and caused a separation between Hector and his wife who, in her pain, has blamed him for their son’s death. Gonzalez, who gave testimony during the trial in June, has also cut off communication with Leo’s family and friends after receiving angry messages from the bereaved, Hector said. The Post was unable to reach her for comment. 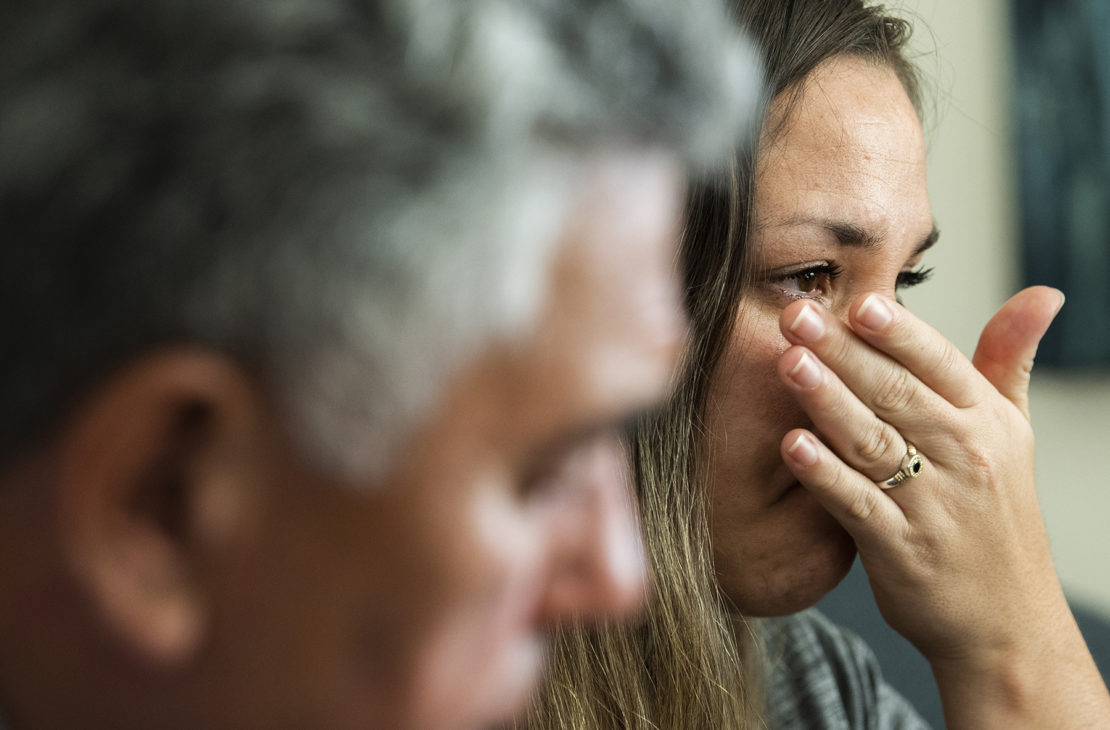 Daniela Gonzalez holds back tears as she talks about her fiancé Leandro Maza who was murdered in Long Beach while they were on vacation from Argentina in early April, in Moreno Valley Thursday, April 23, 2020. Photo by Thomas R. Cordova.

Hector said he keeps himself busy as a nurse coming face-to-face with COVID-19 patients he cares for in Argentina, which is a hotspot for the coronavirus. He said he was not able to attend the trial since the airports had closed to travelers. Gonzalez, as a witness of the killing, was given special permission to fly to California.

But Hector also gives himself time and space to grieve his son, whether finding solace in his car while at work or when he walks along the coast of his city, Mar Del Plata.

He isn’t the only one to still remember his son.

A Facebook group, “Todos por Leo Maza,” or “All for Leo Maza” has more than 1,400 members who share memories of Leo and urge justice in his case. Among the car racing circles he was a part of, friends have honored Leo at tournaments they’ve named after him, where they place photos of him and plaques in his name.

“It fills me with a sense of pride,” Hector said, “because I know that I fulfilled my duty as a father to have raised such a capable person, so intelligent, so loved.”

When COVID-19 stranded them in the U.S., a killing tore this family apart