The punishment handed out Friday fell short of the 30 years that prosecutors had requested, the Associated Press reported.

With good behavior, Chauvin, 45, could be paroled after serving two-thirds of his sentence, or about 15 years.

Before hearing his fate, Chauvin made brief remarks, saying he couldn’t talk much because of “some additional legal matters at hand.”

“But very briefly, though, I do want to give my condolences to the Floyd family. There’s going to be some other information in the future that would be of interest. And I hope things will give you some peace of mind,” he said but did not explain any further. 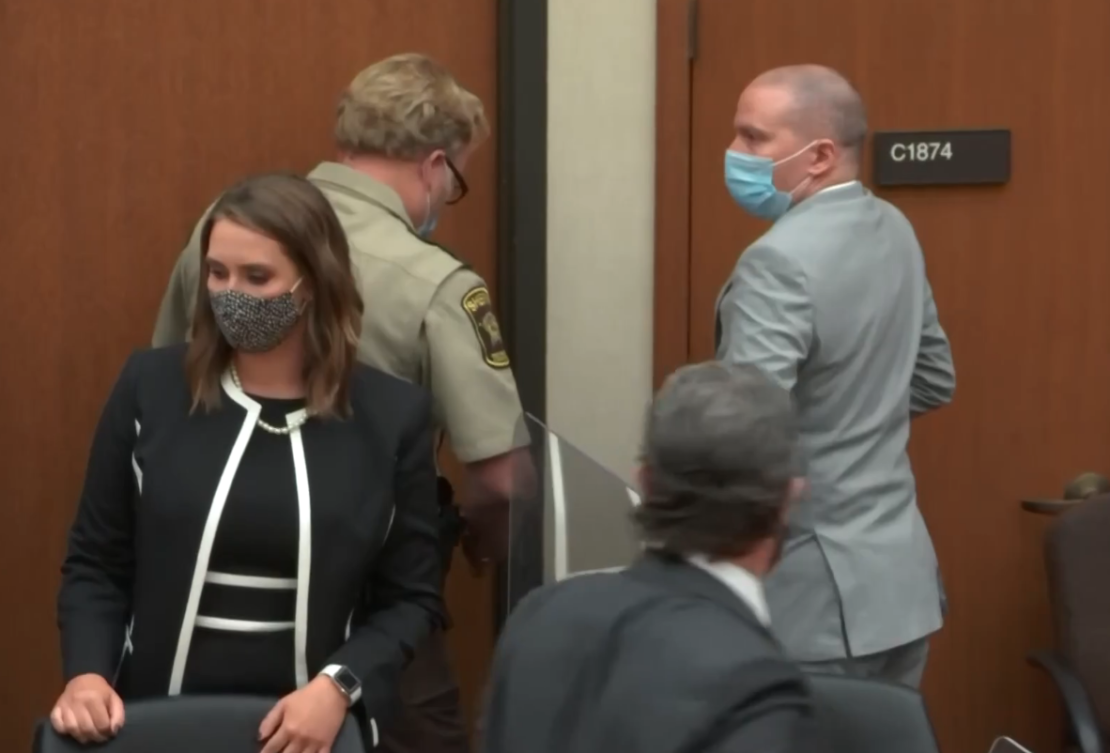 Former Minneapolis police officer Derek Chauvin is led out of court after being sentenced to 22 and 1/2 year for the murder of George Floyd. Photo via courtroom live stream.

“Derek, I want you to know I have always believed in your innocence, and I will never waver from that,” she said.

Minnesota sentencing guidelines called for a 12 1/2 year sentence for Chauvin, the Associated Press reported. But Judge Peter Cahill agreed with prosecutors ahead of Friday’s proceedings that there were aggravating circumstances that could justify a heavier punishment. As he handed down the sentence, Cahill said Chauvin acted with particular cruelty and abused his position of power.

“What the sentence is not based on is emotion or sympathy, but at the same time, I want to acknowledge the deep and tremendous pain that all the families are feeling, especially the Floyd family,” Cahill said.

Floyd died after Chauvin pinned him on the ground with his knee on his neck for about 9 1/2 minutes after police were summoned to a report of a man passing a counterfeit bill at a grocery store.

A teenage bystander’s cellphone video carried the agony of Floyd’s death around the world, and the outrage was immediate, with thousands of protesters taking to the streets for demonstrations, including in Long Beach where several thousand people took to the streets for a protest.

Many of the demonstrations nationwide were peaceful, but violence and arson marred several desperate nights in the first week after Floyd’s death, including the burning of the 3rd Precinct station that was home to the four officers charged in Floyd’s death.

Long Beach, too, was overtaken by looting at hundreds of businesses after a May 31 protest, prompting local officials to call in the National Guard.

Friday’s sentencing won’t be the last word on the upheaval that followed Floyd’s death. Chauvin is likely to appeal his state sentence. The other three fired officers still face state charges, and all four are charged with federal civil rights violations.