Authorities in Singapore have arrested several current and former directors of a foreign-based real estate trust that now operates the Queen Mary on suspicion of failing to make required disclosures to investors.

The arrests include CEO Salvatore Takoushian and five other top executives of Eagle Hospitality Trust as part of an ongoing investigation by Singapore police and the Monetary Authority of Singapore into alleged breaches of disclosure requirements, officials with the trust said in announcement to shareholders Friday.

The individuals have not yet been charged with any offenses, and current managers are assisting in the investigation, according to the announcement. It is unclear what information directors allegedly failed to disclose. 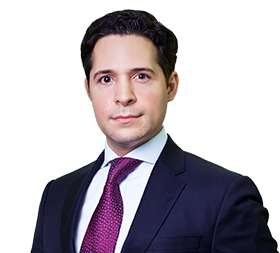 The news marks the latest setback for operators in charge of a 66-year lease with the City of Long Beach to run and maintain the historic ocean liner.

Former Queen Mary operator Urban Commons, which signed a lease to run the city-owned ship in 2016, created Eagle Hospitality Trust last year so that it could sell stock on the Singapore Stock Exchange, with the goal of raising millions for a massive development project called Queen Mary Island.

The Los Angeles-based real estate and investment firm has since been roiled in financial problems that culminated last month when Eagle Hospitality’s managers terminated the master lease agreements for Urban Commons’ portfolio of 18 hotels, including the Queen Mary.

The move essentially removed Urban Commons as the Queen Mary’s operator and put Eagle Hospitality in charge of maintaining the ship.

Urban Commons in a stament said:

“We are not familiar with the Singapore authorities’ system, but it seems a difference in interpretation has caused the current situation. None of EHT’s board have been charged, they have been permitted to return to work and continue to assist the Singapore authorities. While we wait for conclusive next steps, we urge everyone to find strength through unity to weather the hard times resulting from the pandemic.”

With Urban Commons now out of the picture, it’s unclear how the ship will be maintained moving forward as Eagle Hospitality is facing its own legal and financial struggles and remains suspended from trading on the Singapore Stock Exchange.

The City of Long Beach in a statement Monday said it is troubled by the announcement of the arrests and is “exploring legal options to ensure the Queen Mary and adjacent property is protected.”

“Due to the recency of the reported events, this is only the beginning of the review process and City staff will report-back to the City Council and the community as information becomes available,” the statement said. “Proactive oversight of the Queen Mary is a priority of the City.”

The city said recent events will “not have any impact on the Master Lease for the Queen Mary” and that a San Clemente-based event company called Evolution Hospitality will continue to manage day-to-day operations for the ship, which it has done since 2011.

Eagle Hospitality managers in an announcement to shareholders last month said it is restructuring its portfolio of real estate assets that inside the Queen Mary, but the effort “may not necessarily lead to the successful rehabilitation of [Eagle Hospitality Trust].”

Of the 18 hotels in its portfolio, three remain in operation, the announcement noted. The Queen Mary has been closed since May due to the coronavirus pandemic.

Eagle Hospitality said the current management will continue to serve on the Board of Directors and are “committed to work through the restructuring process of EHT as far as they are able to.”

Last month, Urban Commons ran into more problems when it was revealed that principal Taylor Woods was accused of improperly applying for a more than $2 million federal Paycheck Protection Program (PPP) loan.

Urban Commons follows a list of former Queen Mary operators that have that have met similar struggles.

In 2006, former operator Joe Prevratil filed for Chapter 11 bankruptcy when the city demanded several million dollars in unpaid rent. Prevratil in 2007 agreed to pay the city $4.9 million in a bankruptcy settlement and Save the Queen LLC purchased the lease through an auction at bankruptcy.

Save the Queen in 2009 defaulted on its loan and lender Garrison Investment took over the lease and brought in Delaware North to manage the ship’s operations.

In 2011, Garrison severed ties with Delaware North and brought in Evolution Hospitality to run the hotel and restaurant operations.

*Editor’s note: This article has been update to add a statement from Urban Commons