More than 100 bus drivers who predominantly transport Long Beach Unified School District special education students to and from campus are on strike, and they say they’re willing to remain on the picket line until their contract demands are met.

Parents of special education students posted messages on social media Monday saying they had to scramble to get their kids to school after the buses did not show up at their normal times.

One parent said she didn’t know the drivers were striking until she called the Mission School Transportation dispatch line and was notified that the drivers would not be coming due to a labor dispute.

“The district hasn’t said anything,” said the parent, who asked not to be named because her employer may object to her speaking with the media. “The teachers didn’t know. We were all scrambling.”

The parent added she was late to work and would have to leave work early to pick up her child. She worried the hundreds of other families affected may not have that same luxury.

“Some parents, for instance, may choose to transport their children temporarily,” Eftychiou said in an email Monday. “However, the school district is working to provide alternate transportation in case the strike continues.” 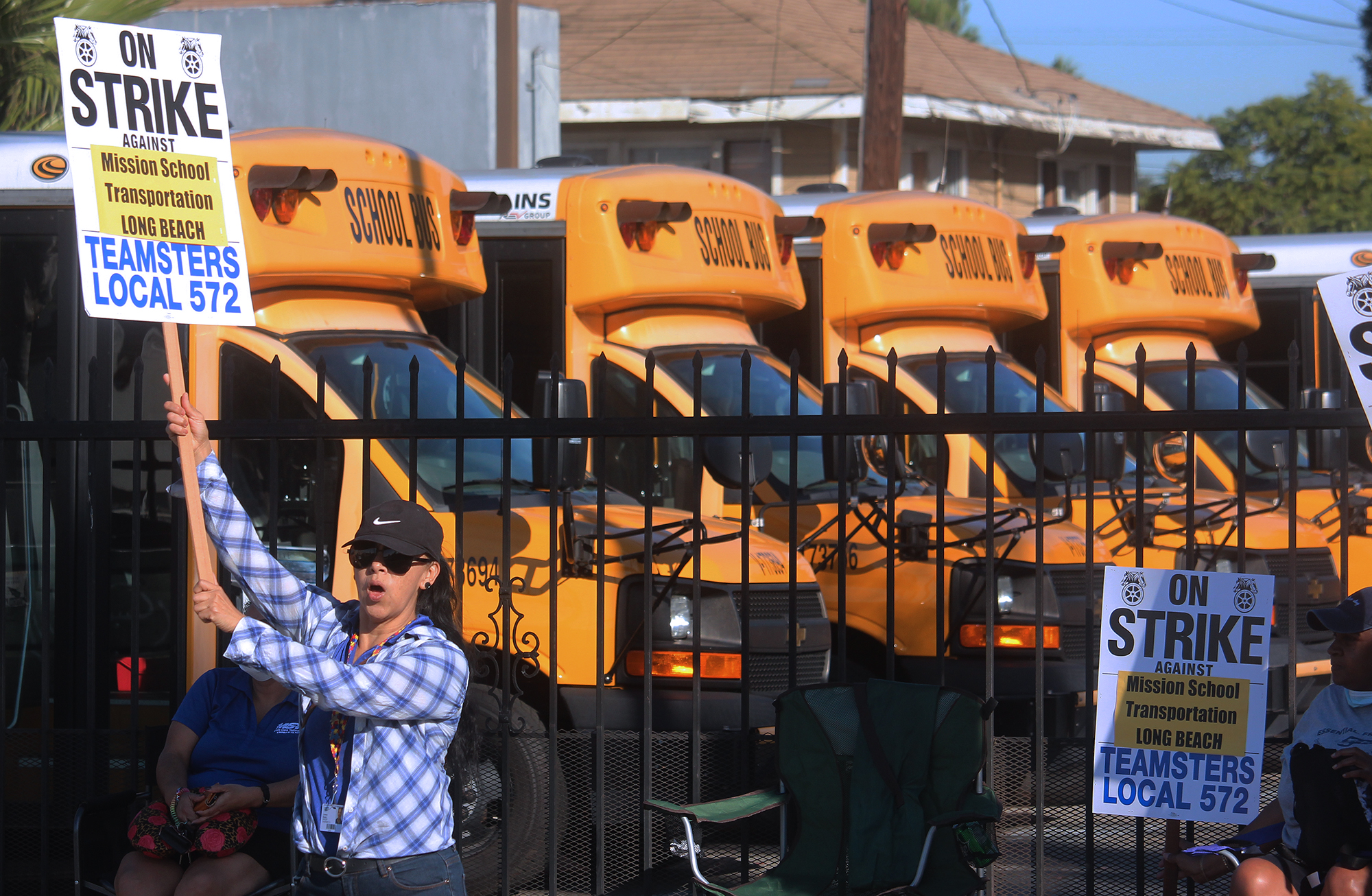 Smith said on average their drivers make about $4 less per hour than other drivers that work for competitors and their last raise came in 2019.

“We’ve had over 13 [negotiation] sessions and drivers are just looking for equality,” Smith said.

Smith said the drivers could remain on strike “as long as it takes” to get a new contract done with Mission School Transportation.

In addition to special education transportation in Long Beach and Torrance, Smith said the drivers also transport LBUSD students on temporary routes to and from campuses affected by construction.

Mission School Transportation has been working with both the union and the two school districts to try to resolve the stoppage in service, according to a company representative.

“We are doing our best to mitigate the impact on the community and hope to resolve this matter quickly in order to meet the important transit needs of Long Beach and Torrance students,” spokesperson Jen Holzapfel said in an email.

A notice sent from the district to parents this morning noted that these are not LBUSD employees and the district has no control over the negotiations or the outcome of the strike, but Lois Webb, a shop steward with the union and a bus driver in Long Beach for 32 years, said the district needs to get involved.

“They provide work for the district and there needs to be some accountability,” Webb said.

Webb said it was a tough decision to strike considering that the students they serve have special needs.

Eftychiou said the district will work to keep parents informed of the labor dispute, but in the meantime, it’s encouraging parents to work with the individual school sites, the district’s transportation office or the Office of School Support Services to get assistance.

Editor’s note: This story has been updated with a statement from Mission School Transportation.