Thursday was a special milestone at Sato Academy of Mathematics and Science where the annual visit for prospective students and their families kicked off with a dedication ceremony for the Eunice N. Sato Memorial Garden.

The Japanese garden near the entrance to the high school is dedicated to the namesake of the school, Eunice N. Sato, who was the first female mayor and first Asian mayor of Long Beach. She died in February just months before her 100th birthday. 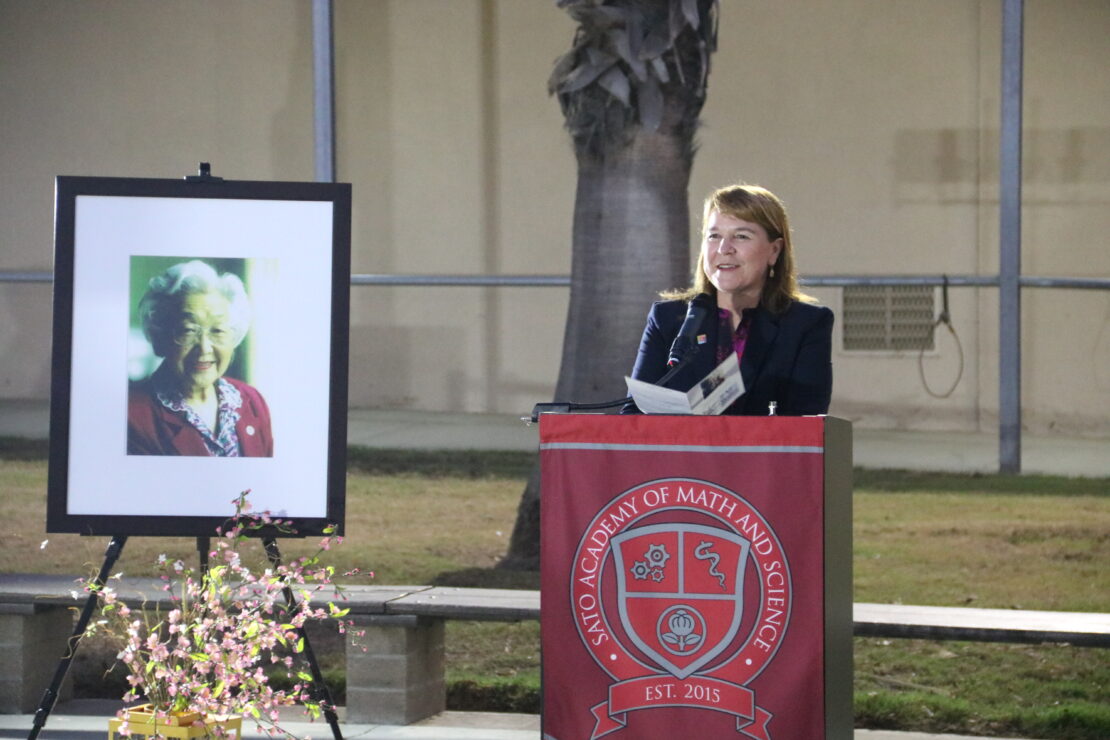 “Whenever I’m here, there have been students all around this quad and so every day they’re going to get to enjoy the legacy of Eunice Sato and what they see before them,” Baker said.

Steinhauser talked about how strong Sato was by recounting how she implored local business owners to give back to the community.

“She had great tenacity even though she had been dealt many bad cards in life. … She wanted to make this world a better place and she always focused on the positive,” Steinhauser said.

Sato was the daughter of Japanese immigrants who grew up in the central valley, but her family was forced to flee to Colorado to avoid being interned by the U.S. government. She earned her master’s degree in education from Columbia University and moved to Long Beach in 1956. Sato was a member of the Long Beach City Council from 1975 to 1986. 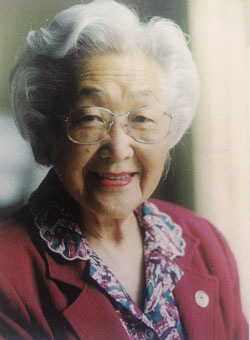 The garden, which has a small bridge and water feature, was constructed with donated materials that Sato Academy teacher Hajara Saeed would deliver to the campus.

“Whenever I pulled my car up in front, there were students always running up to the car ready to see what treasures were inside the car,” Saeed said. “They hauled it out and there were always other kids ready to help. So it truly is a community garden that I think Eunice Sato would be really proud of. … This garden is just a small thank you for the beautiful legacy she has left for us to follow.”

Sato’s son, Doug Sato, also spoke and revealed the plaque dedicated at the end of the ceremony.

“They can come to this beautiful garden and have quiet in their minds so they can have concentration, creativity and focus throughout the day,” he said.

Eunice Sato, the first woman to serve as mayor of Long Beach, dies at 99