The call for unity of all faiths comes at a time when cities across the country are seeing mass protests and civil unrest following the in-custody death of George Floyd in Minneapolis last month. On Thursday, Floyd’s family held a private memorial service as police brutality protests continued.

In Long Beach on Sunday, more than 3,000 people gathered in Downtown for a largely peaceful march, but the day ended in chaos as looters and vandals fanned across the city.

Several peaceful protests have since taken place this week with no major incidents, police have said.

Organizers on Thursday said the faith event was a way to connect places of worship. 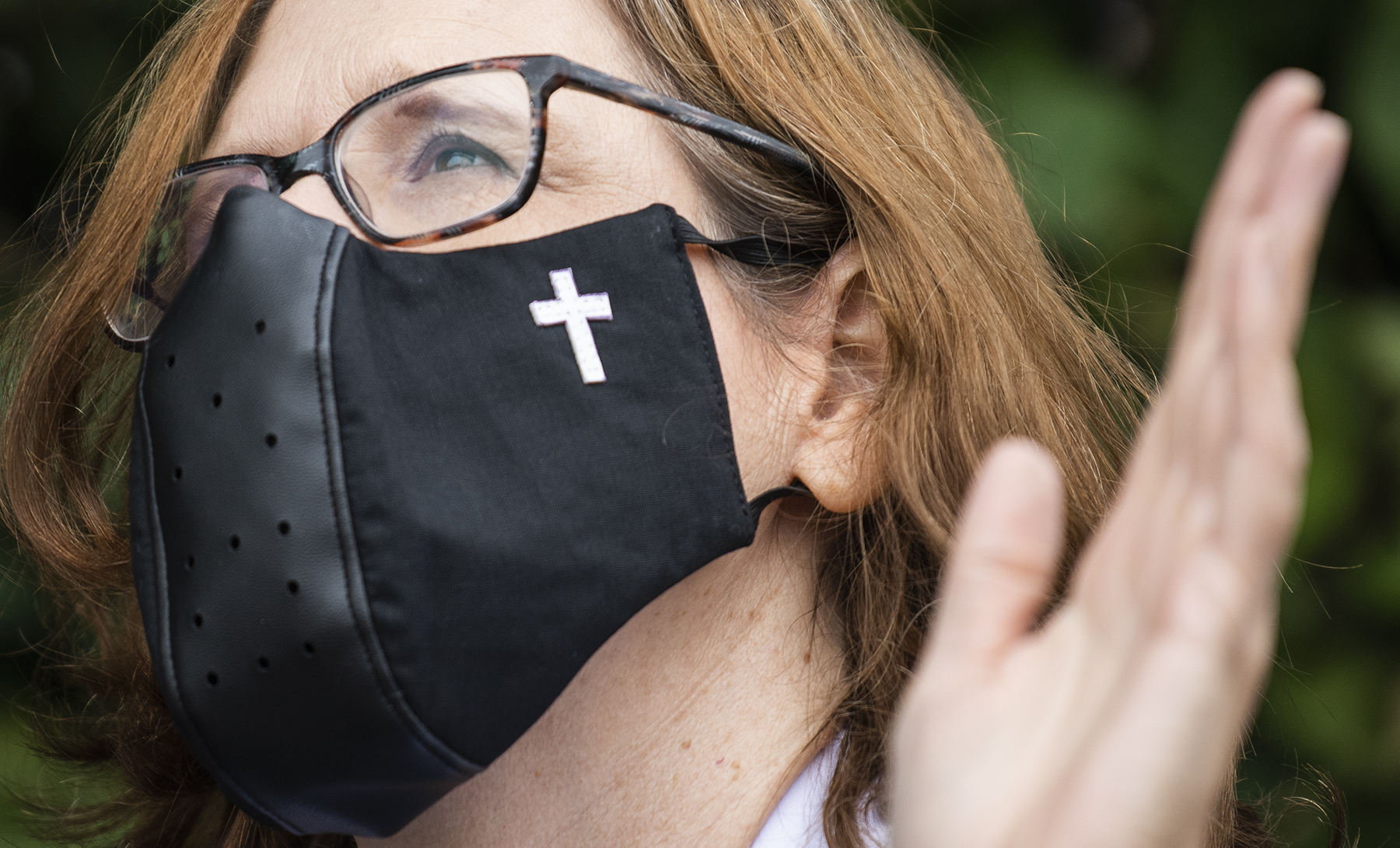 “We’ve been disconnected in the past, and this gives us an occasion to reconnect and draw ourselves together,” said Rev. Jane Gould of St. Luke’s.

While they may disagree when it comes to religion, the roughly dozen faith leaders who spoke all noted the importance of community connection and supporting black residents.

“We all agree on one fact—we need to respect the dignity of every human being,” said Rev. Nancy Frausto of St. Luke’s. “We need to say it loud and say it clear that black lives matter.” 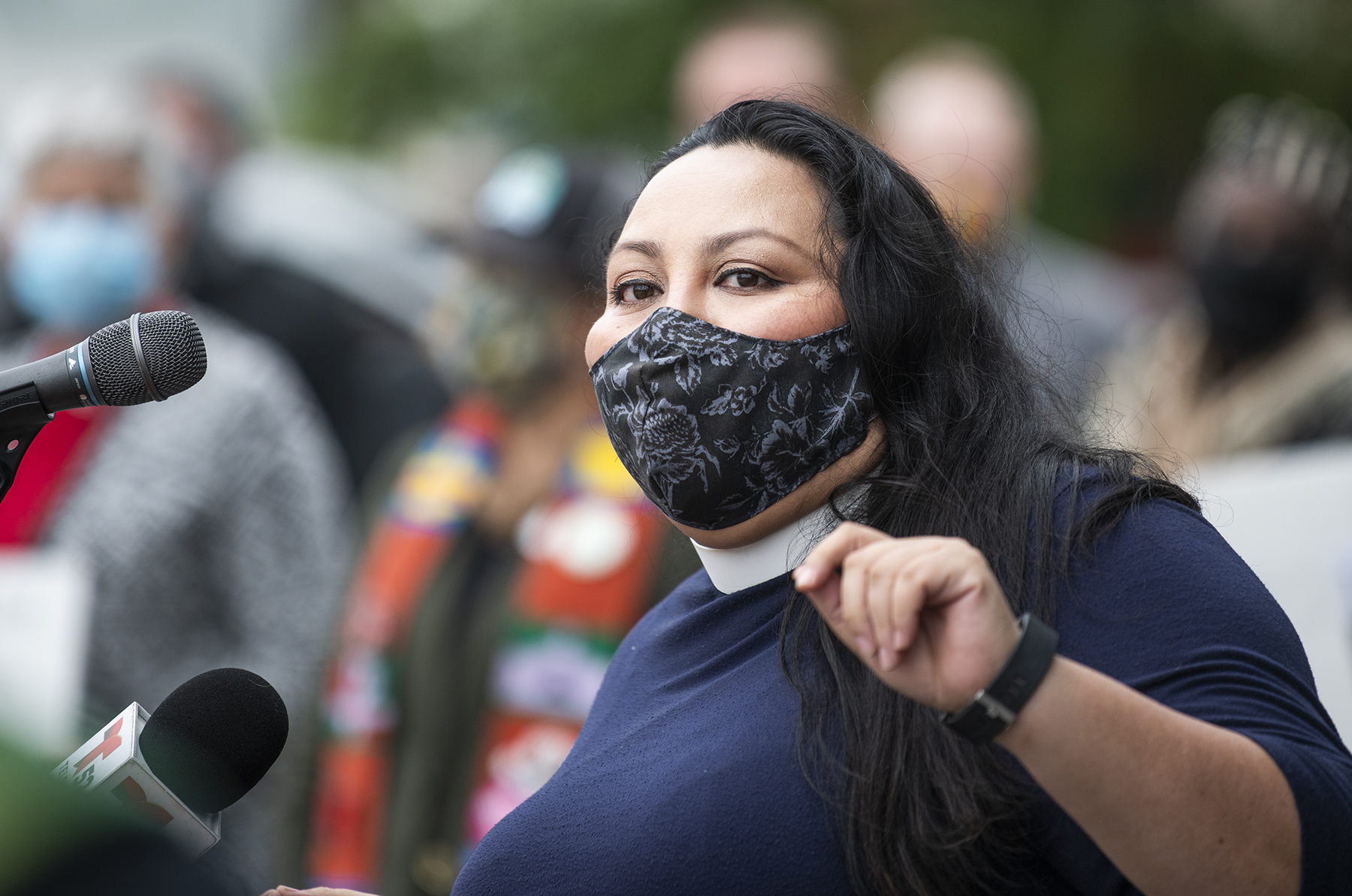 Rev. Michael Eagle from Grant United Methodist Church and Imam Abdul Hafiz from Masjid Al-Shareef both said the country needs to address its historic racism and abuses against black people before it can move forward.

“Racism is a problem that must be fixed,” Eagle said. “Some people deliberately tiptoe around and act like it doesn’t exist. Well, it does exist. It’s real and it affects us.”

“Not one time was a law passed to outlaw lynching, and there were mobs that came to take our body parts home,” Hafiz said. 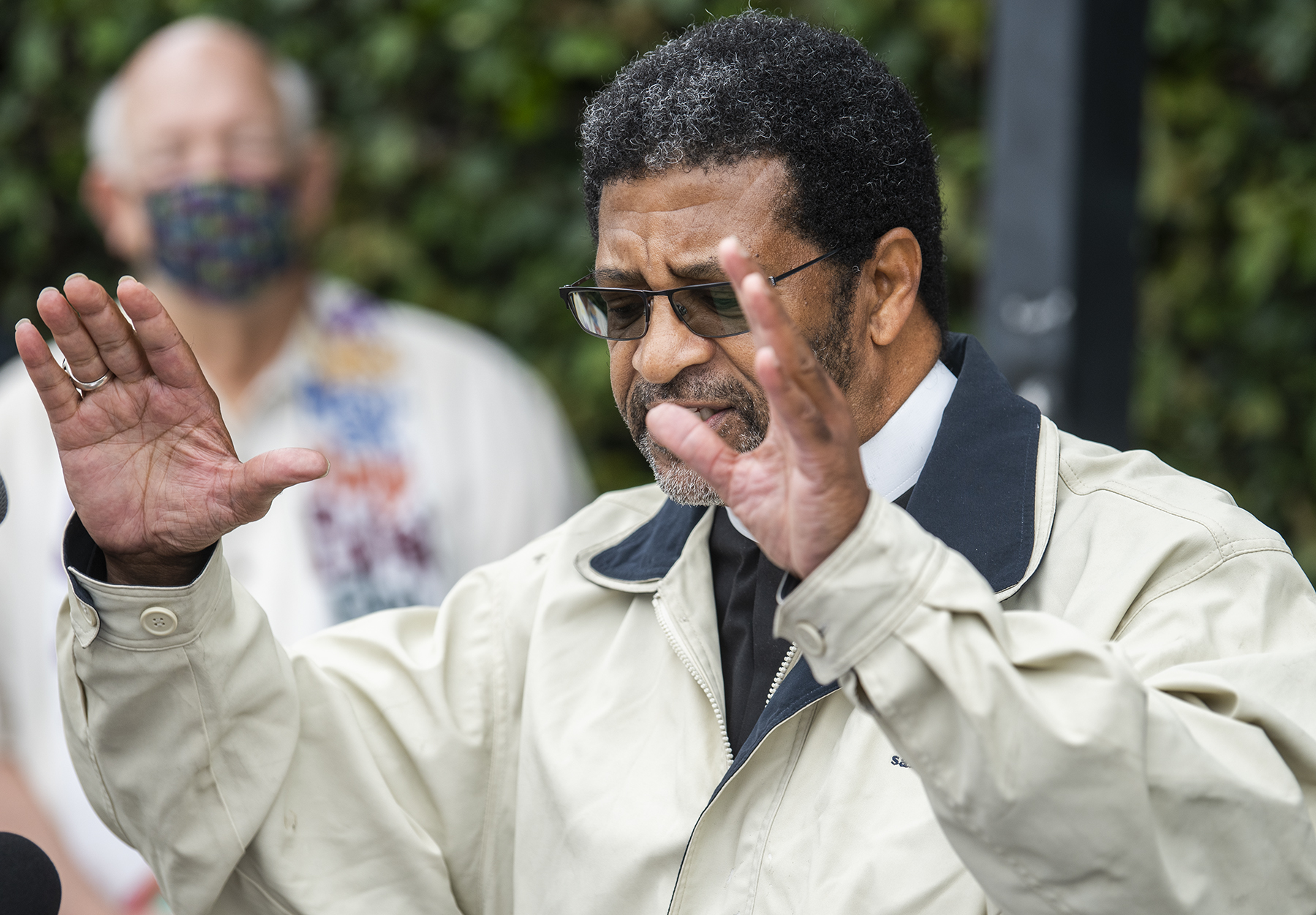 Dr. Michael Eagle talks about change while Long Beach faith leaders gathered to call for peace and unity in Long Beach Thursday, June 4, 2020. The leaders call for uniting in a call for justice, non-violence and the end to all forms of systemic racism. Photo by Thomas R. Cordova.

Rabbi Howard Laibson urged Jews to show kindness to strangers, noting that they were once “slaves in the land of Egypt,” while Father Michael Reardon from St. Bartholomew’s Church said everyone needs to be part of the healing process.

“To take another person’s life and try to lord it over them,” Reardon said, “that is a sin against humanity.”