Dozens of family members and friends of Mona Rodriguez, the 18-year-old woman shot in the head Monday afternoon by an LBUSD school safety officer, gathered outside Long Beach Memorial Medical Center Wednesday night to call for justice and plead for her life.

With dozens of long white candles flickering behind him, Rodriguez’s brother, Oscar, said that hospital staff had notified the family that they intended to take Mona off life support in the next 24 hours. Oscar said hospital staff initially said he would get to make that decision but now “they’re trying to take my sister away,” he said.

“Honestly I don’t feel that that’s right because if a government official is the one that shot my sister then the government should not be the one that’s deciding whether they should pull the plug or not,” Oscar said. “It doesn’t make sense to me.”

The family has acknowledged that doctors have declared Mona brain dead but they’re still holding onto hope that she can pull through. Mona’s mother, Manuela Sahagun, spoke to reporters in Spanish and repeatedly said that she did not want her daughter to be “disconnected.” 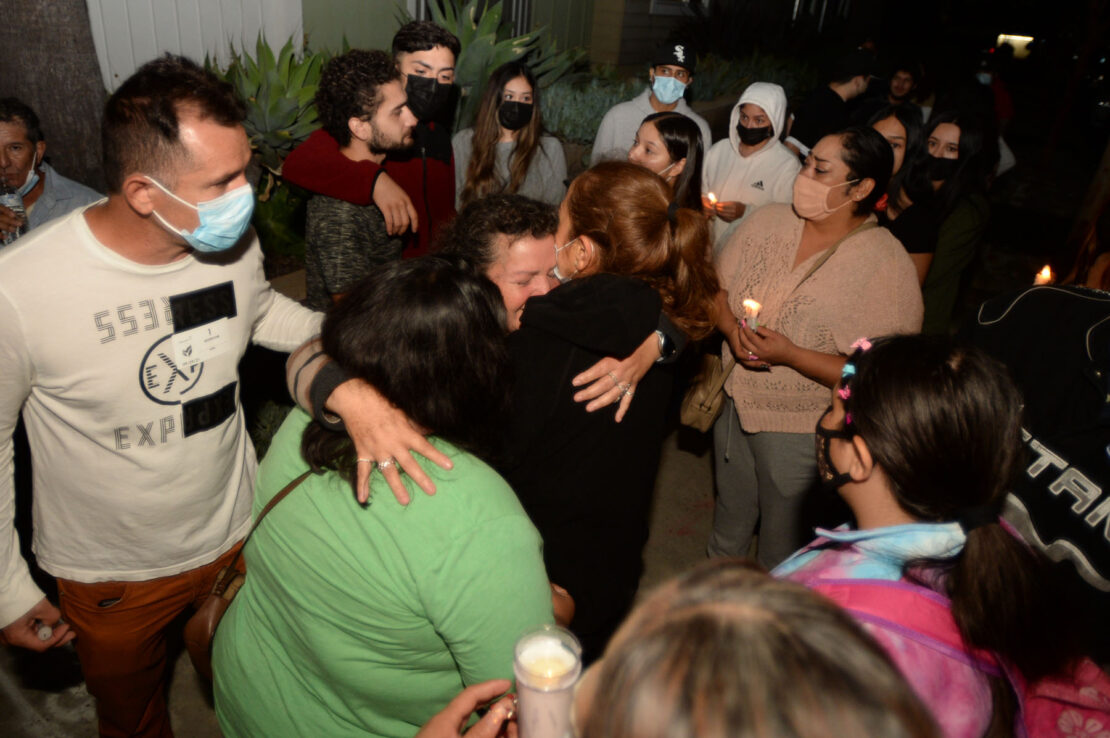 Manuela Sahagun, mother of 18 year old Manuela Rodriguez, is comforted as she and her family attended a vigil outside Long Beach Memorial Hospital for her daughter, who was shot in the head by a LBUSD safety officer Monday, after the officer responded to a fight at the corner of Spring and Palo Verde Avenue. Wednesday, September 29, 2021. Photo by Stephen Carr.

Mona was described as having a magnetic personality that is “like a light” and as someone who is dependable, funny and who loves to dance to Mexican music like banda and corridos.

Ashley Sanchez, one of Mona’s high school friends, said that one of her favorite rappers is Shordie Shordie, remembering that was one of the last songs she remembered listening to with Mona the last time they drove together.

Sanchez recalled having sleepovers where the two would laugh constantly. Sanchez said Mona has a kind heart and is a “very happy soul” who is goofy and kind.

“I still can’t believe it,” Sanchez said. “I can’t process it and I don’t want to believe it.”

Reyna Villagrana, one of Mona’s cousins, said that Mona’s things were packed up because she was moving to Kansas with her boyfriend and their child, five-month-old Isael, to raise him in a better environment.

“She’s the kind of person that you didn’t need to talk to all of the time and she’d still be there for you,” Villagrana said. 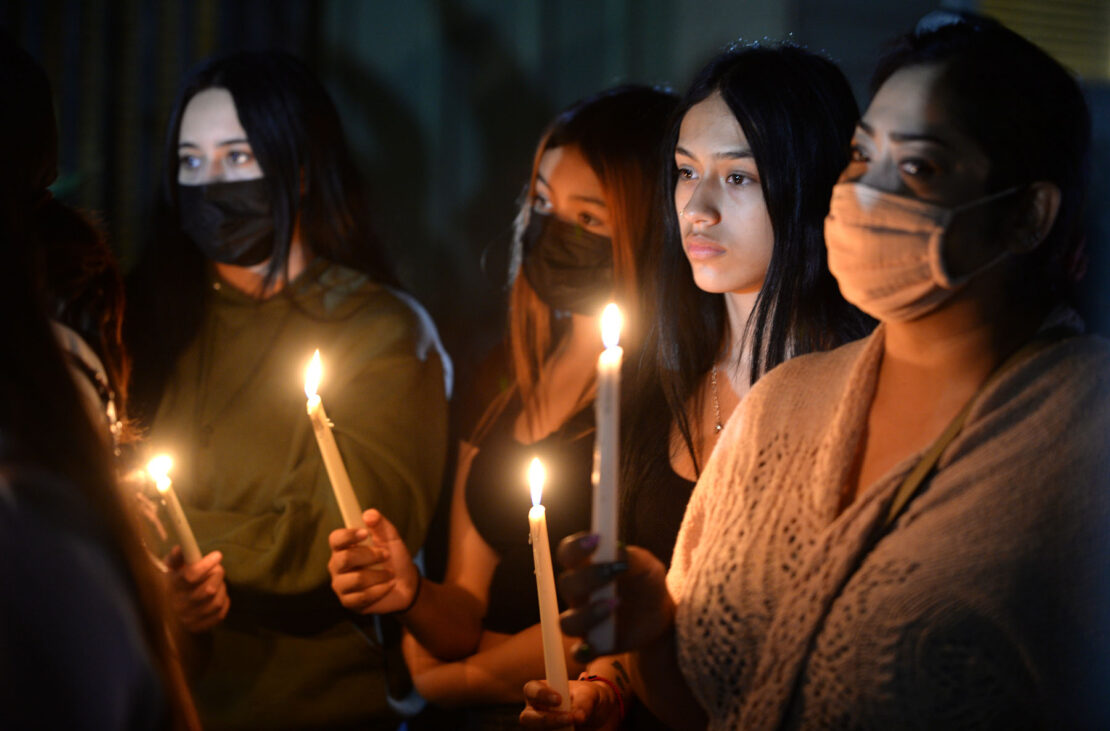 A candlelight vigil for 18 year old Manuela Rodriguez, outside Long Beach Memorial Hospital. Rodriguez was shot in the head by a LBUSD safety officer Monday, after the officer responded to a fight at the corner of Spring and Palo Verde Avenue. Wednesday, September 29, 2021. Photo by Stephen Carr.

The family has retained the Carrillo Law Firm as their legal representation. Luis Carrillo and his son, Michael, are representing the Rodriguez family and said that this case differs from the other officer involved shooting cases they’ve taken on because it involves an 18-year-old woman, who they say was unarmed and in a vehicle driving away when the officer fired into the vehicle.

“In terms of police practice what he did was completely out of whack,” Michael Carrillo said.

The two are asking for the Los Angeles District Attorney and the State Attorney General to take up the criminal prosecution of the officer, the latter because a new law, Assembly Bill 1506, allows the Attorney General to investigate cases where an unarmed civilian is killed by an officer.

Either way, the firm intends to take action against the school district, the two said.

“The priority right now is to have him arrested,” Luis Carillo said. “We have a murderer on the streets and he has no business having a gun and a badge.”

For the family, the focus is less on the legal aspects of Mona’s injuries and more on the potential that she could soon be taken off life support.

“We don’t want her to get unplugged, that’s the focus right now,” said Alex Villasenor, one of Mona’s cousins.