For first-time home buyers in Long Beach, 'It's not a great spot to be in' • Long Beach Post News
- ADVERTISEMENT -

Part of the reason is that opulent, seven-figure palaces are more interesting to read about than a stucco tract home, but I’m certainly aware of the fact that people also want to look at homes that they can conceivably afford, though these days even those houses are becoming increasingly harder to afford.

Wrote one reader recently: “Maybe you could run a story showcasing the kind of run-down derelict dumps people earning under $250,000 can afford to purchase in LB??”

I can, but I need more info, like your credit rating, your monthly debt, your down payment and other things, including how much under $250,000 you earn every year.

If you make just a couple of bucks shy of a quarter-million dollars, you’re well positioned to select any one of several homes on the Peninsula, Belmont Shore, Belmont Heights and even a few in Naples. If you haven’t been throwing your $20,800 monthly checks into a wood chipper, you would more than likely qualify for a loan on a $1.85 million home, according to Glenn Daly, branch manager for Essex Mortgage in Orange. “And you could probably get more,” he said.

With that household income, and roughly $1,000 a month worth of debt payment (credit card, car loan, etc.), you could qualify for a $750,000 loan, said Daly, and buy a home for that much with a 10% down payment, making your mortgage about $4,000 a month, including mortgage insurance.

And $750,000 still buys a lot more than a derelict dump, though it’s not going to be catching as much of that ocean breeze that you’d enjoy with a $1.85-million home.

The initial point is well taken, though, because there are people looking to buy their first home, and there has never been a more difficult time for those people to obtain what has traditionally been a defining characteristic of the middle class. The difficulty for first-time buyers is not only the daunting down payment, but just in getting your offer in and accepted before wealthier buyers and investors swoop in and snipe the property. The rich, as it turns out, have a keen interest in getting richer.

These days, you can find the house of, if not your dreams, then at least one that might have the  potential to warrant the word “cute” in the real estate listing, priced near the median range. But if it is, in fact, cute or cute-adjacent, there is a fairly decent and depressing likelihood that someone with more than a $250,000 annual income will jump in with a duffel bag full of cash and offer the seller a good deal above the listing price (and presumably the high end of what you’ve budgeted for) to outbid you. 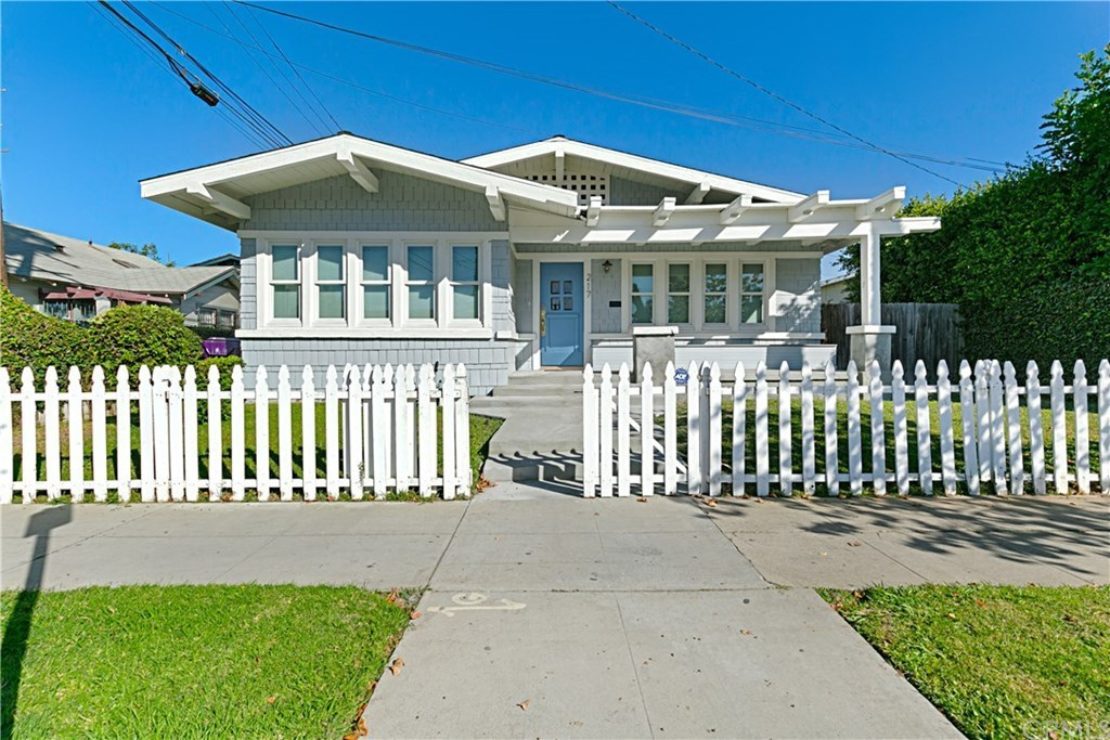 You see a house you like, especially in the $700,000-$800,000 range, you’d better have a spare $100,000 hidden behind pictures in your house, because with the historically sparse number of houses on the market, coupled with similarly historically low interest rates and coupled again with the fact that investors are seeing real estate as an increasingly dependable way to get richer quicker—and let’s go ahead and include flippers who, with a couple of buckets of paint and a flat of pretty perennials from Target, can squeeze another $100,000 or more out of a house with just a few hundred dollars worth of material—you’re likely to get bullied and steamrolled in your quest for home ownership by people you’d not be advised to play poker with.

The first-time buyer, too, is competing against older homeowners who are sitting on hundreds of thousands of dollars of equity and are trading up or downsizing into the home you’re looking at.

“Everything is selling above listing, the comps today aren’t indicative of what people will pay now; there’s no logic to it,” said Pat Cassara, a Keller Williams Realtor who sells homes all over Long Beach and its surrounding cities.

The shopper who looks at comps—the prices paid for similar houses in the area—will find that investment buyers don’t pay any attention to those numbers, said Cassara. “I listed some homes in Downey recently for $1.2 million and got all-cash buyers, taking them as-is. The terms that sellers are dictating are crazy.”

A home in Bixby Knolls that went on the market a couple of weeks ago for $749,000 was barraged by buyers interested in a home at that price in a nice neighborhood. It’s indicative of the sparse single-family detached home inventory, especially in nice, erstwhile middle-class neighborhoods, that the home, though hardly lavish, with two bedrooms and one bath in 1,200 square feet, quickly sold with an offer of $840,000, with 13 backup offers.

“For buyers, it’s frustrating to say the least,” said Phil Jones, managing partner for Coldwell Banker Coastal Alliance. “It’s not just Long Beach or California, it’s nationwide. It’s all about lack of supply,” he said. “Since 1980, the state has grown from 25 million to 40 million, and to accommodate everyone we needed to have been building  500,000 units per year, and we’ve been doing less than 100,000 per year.”

The shortage, said Jones, is exacerbated by large-scale investors and venture capital firms that have bought up a huge volume of single-family homes. “They treat them like stocks and bonds,” he said. “And the unfortunate part is they buy them to hold onto. There’s no indication that they’re putting them back on the market.”

They are, however, renting out their investment properties, which somewhat loosens up the rental market. “Rents are actually going down a bit,” said Jones.

For first-time buyers, he said, “it’s not a great spot to be in.”

If home ownership is indeed indicative of middle-class status, then the middle class is dwindling rapidly, the many shades of gray that once separated the very wealthy from the lower class have largely dissipated. Or at any rate, the gap between people who can afford houses and those who can’t is, according to Seiji Steimetz, chair of the department of economics at Cal State Long Beach, “definitely a gap that seems to have grown.”

Seiji said that the term middle class is basically defined as a household that earns the median income which, in Long Beach, is about $63,000 a year. And, he says, “a mortgage broker will tell you you typically need to make about  $100,000 for every $500,000 worth of mortgage debt, and the middle-class person usually doesn’t make that much. A middle-class person cannot afford to own a home in Long Beach right now.”

Potential buyers hoping for the bubble to burst might be in for a wait, because the growth in the market this time isn’t built on a flimsy foundation like the ill-advised and wobbly subprime mortgages that caused the housing market to collapse, resulting in the Great Recession of 2008.

Rather, this time, says Steinmetz, it’s simply an Econ 101 matter of supply and demand—along with the Federal Reserve printing money like mad to forestall inflation while keeping interest rates low.

Those rates are beginning to inch up a bit, and if they get much higher, the buying spree could cool off a bit and back off some from the mania that the market is now experiencing. But experts don’t expect home prices to tank to such an extent that it would spread the kibble around to let the little dogs get their share.

“The population grows faster than we can supply houses,” said Steinmetz. “And many Long Beach neighborhoods are nice places to live, and that drives the prices up, too, with people moving here from Los Angeles and elsewhere.

“There’s only a limited amount of houses the city can supply, and the prices go up to where they become unaffordable for many people.”