When Long Beach Animal Care Services finally opens to the public, sheltering practices might look very different from what they were before the public closure. Shelter Director Staycee Dains hopes the approach the shelter has been employing during the closure will continue after it reopens. 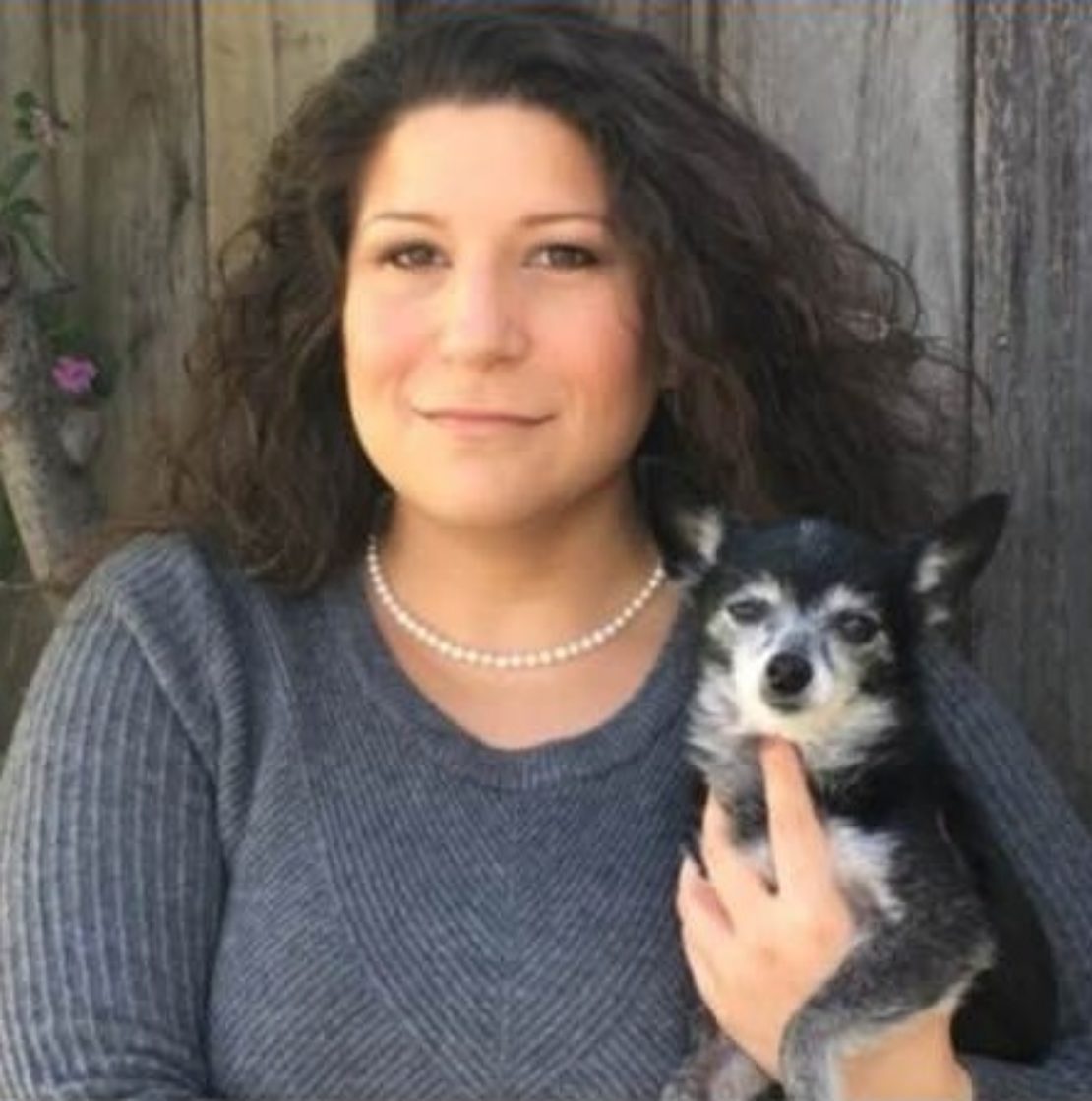 “I really do favor this managed intake,” she said during a May 11, phone-in town hall meeting hosted by Councilman Roberto Uranga. “Staff are not rushed through a procedure, and the animals do better, too. Having people on the grounds is hard to monitor. If we can avoid the monitoring and have the same services, could we continue with this model that this very terrible pandemic has made possible?”

The shelter grounds comprise several buildings in what Dains called a park-like facility which can make it difficult to supervise while assisting visitors. This is particularly difficult when guests outnumber staff and volunteers and want to see a particular animal or try to locate one that’s lost.

Dains said that she’d like to retain managed intake as well as sheltering in homes and limiting visitor access after the pandemic restrictions end. She said that even before the public closure, the shelter and the city of Long Beach were working with the Mayor’s Animal Care Strategic Task Force on a similar plan. As the city resumes normal functions, planning will continue and community feedback will be essential. She acknowledged, however, that there’s uncertainty about what operations will look like for the rest of the year.

What is Compassion Saves?

During the meeting, Dains outlined the Compassion Saves model she and her staff developed after she was hired in February 2019. The approach has its roots in the No-Kill Movement, defined by Best Friends Animal Society as saving 90% of shelter lives through spay/neuter, adoption and foster promotion, as well as other innovative lifesaving events and programs.

In practice, lack of kennel space would not be a deterrent to keeping an animal alive and no pets would undergo euthanasia unless they were incurably ill and in pain or posed a danger to the public.

“No-kill has been the single most important movement to happen to our community,” Dains said. “Compassion Saves is the next step—but what does it mean to save them all? That’s a more challenging question.”

Dains said that it’s imperative to continue to pull sheltering away from what she called the “dark ages of heavy enforcement” and increase community involvement in keeping animals safe, out of shelters and alive.

“Shelters have historically done a poor job of understanding animals,” she said. “Some cannot be saved, and some cannot be in society, but we’re taking up the part about saving the lives that can be saved. I know this is possible—we’ve increased the save rate by 10%, and not because of one single person [but the community].”

Making themselves at home—maybe forever

The most recent illustration of Dains’ aims came directly out of the pandemic. Placing every healthy pet and those with manageable medical conditions into foster homes took place immediately when the shelter closed to the public. Dains praised the groups who initiated the effort, which is ongoing as stray and injured pets come in and pass the five-day stray hold. She also gave props to the local nonprofits that rescue animals from streets, hoarders and other situations that put animals at risk.

“They’re made up of the best people who support not bringing animals into the shelter,” Dains said. “It’s not that we don’t want animals in the shelter—it’s just that they do better in homes than in a shelter.”

Dains cited findings of phase two of the 2018 Animal Care Services audit that specified a minimum of 15 minutes of daily care for each pet.

“If we have 200 animals at the shelter, there’s not enough people for that,” Dains said. It would be a huge ask, budgetarily, to request 15 more positions. Instead of asking for a small army of people, what if we ask for a couple of people to manage animals in homes? That was already a discussion that we were batting about.”

Dains expressed delight at seeing that people in the community understand that it isn’t “rocket science” to care for a pet and that the foster program has more benefits than sending a pet to a home where they can have food, water, a nap in a cushy bed and, of course, love. Quite a bit of the love has become a forever thing.

“Most animals in fosters have been adopted,” she said with obvious pleasure.

Dains answered participants’ questions about the closure, community trap/spay-neuter/return (TNR) of stray cats, sheltering homeless individuals along with their pets and the nature of the partnership between Long Beach Animal Care Services and the privately funded spcaLA, which shares the P.D. Pitchford Companion Animal Village.

She said that the shelter requests people who find strays to hold on to them for a day or two while the staff makes an intake appointment. However, if the finder isn’t capable of taking care of the pet short-term or if the animal is ill or in an emergency situation, they’ll take the pet in. Shelter veterinarians will address medical needs of any seriously ill or injured animals.

“It sounds like we’re closed, but we’re not,” Dains told one attendee. “We’re making appointments for adopting and reuniting with pets so that the shelter can stay clean and the staff won’t be at risk. We’re more likely to be potential spreaders if we were to throw our doors open and let everyone come through.”

To a question about the perceived reduction in animal intake, Dains said her staff has seen a lower number of reported deceased pets and that most of the kittens coming in have their mothers with them. This is a contrast to previous years when people would find litters and assume, often in error, that the kittens were orphans.

“Usually at this time, we have 200 to 250 animals, and most are cats and kittens,” Dains said. “Because we don’t have so many to care for, we can triage them, and we have a list of people who’ll pull them.”

She encouraged the community to foster litters of kittens and adopt the ones they want to keep.

Dains also said that euthanasia numbers are down nationwide. She referred callers to the database platform Shelter Animals Count.

Dains clarified TNR by stating that services exist to get cats fixed but not remove them—instead, they’ll lend equipment and supplies and give instruction and advice. Dains provided her office number and email for anyone wishing to trap and fix community cats. She informed a caller that there’s not yet a strong network for people experiencing homelessness to remain sheltered with their pets. [Note: Atlantic Bridge Housing, scheduled to open in the near future, will accept pets.]

‘Full steam ahead’: Year-round homeless shelter on track to be completed in June, officials say

At least three calls questioned the partnership between the shelter and the spcaLA, one stating their unhappiness with them as partners and another wondered whether the shelter could cease transferring animals to them.

“The relationship has been a long one,” Staycee replied. “Animal Care Services has changed so much over the years—the programs and the community have strengthened. Conversations are ongoing [regarding the partnership], but there are no plans about giving them ultimatums about no animals. Meanwhile, all of our operations have had to change here, and we’ve transferred very few to them.”

Another caller asked whether the city could hold the spcaLA accountable for communicating the ultimate outcomes for animals transferred to them.

“Can we at least figure out what the numbers are, and if they don’t get adopted, can they be transferred to LBACS without being euthanized?” the caller asked.

“I think the concern raised is important,” Dains said. “It’s part of the discussions we’re having with the spcaLA.”

Dains said that as a government agency, Long Beach Animal Care Services has the burden of maintaining transparency with all of its partners. Other agencies with no government affiliations may not have that responsibility. She added that an investigative report on spcaLA’s practices has reached the city attorney and should be heading for the city manager’s office.

Dains and Uranga hope to have town halls in the near future. She thanked the callers for their participation.

“Our success has really been because of our community, and my role has been to facilitate this communication,” she said.

To adopt a pet or inquire about a lost pet, email [email protected]