In 2021, at least 57 transgender or gender non-conforming people were fatally shot or killed by other violent means in the United States. In 2020, there were 44 deaths, according to the Human Rights Campaign.

Protecting the rights and safety of these groups was the focus of the International Lesbian, Gay, Bisexual, Trans and Intersex Association—better known as the ILGA World—conference, at the Westin hotel in Long Beach that kicked off Monday.

More than 600 human rights activists will gather this week to celebrate the achievements made by LGBTQ communities and assess the struggles still left to overcome on a policy, cultural and systemic level, according to organizers. Usually, the conference hosts 800 people, but due to lingering concerns over COVID, the capacity was reduced this year, a spokesperson said.

This conference, which is hosted by the It Gets Better Project, a Los Angeles-based nonprofit with a mission to uplift LGBTQ communities globally, is held once every two years, and for its sold-out 2022 conference, facilitators wanted to focus its programming on challenges that LGBTQ youth face. 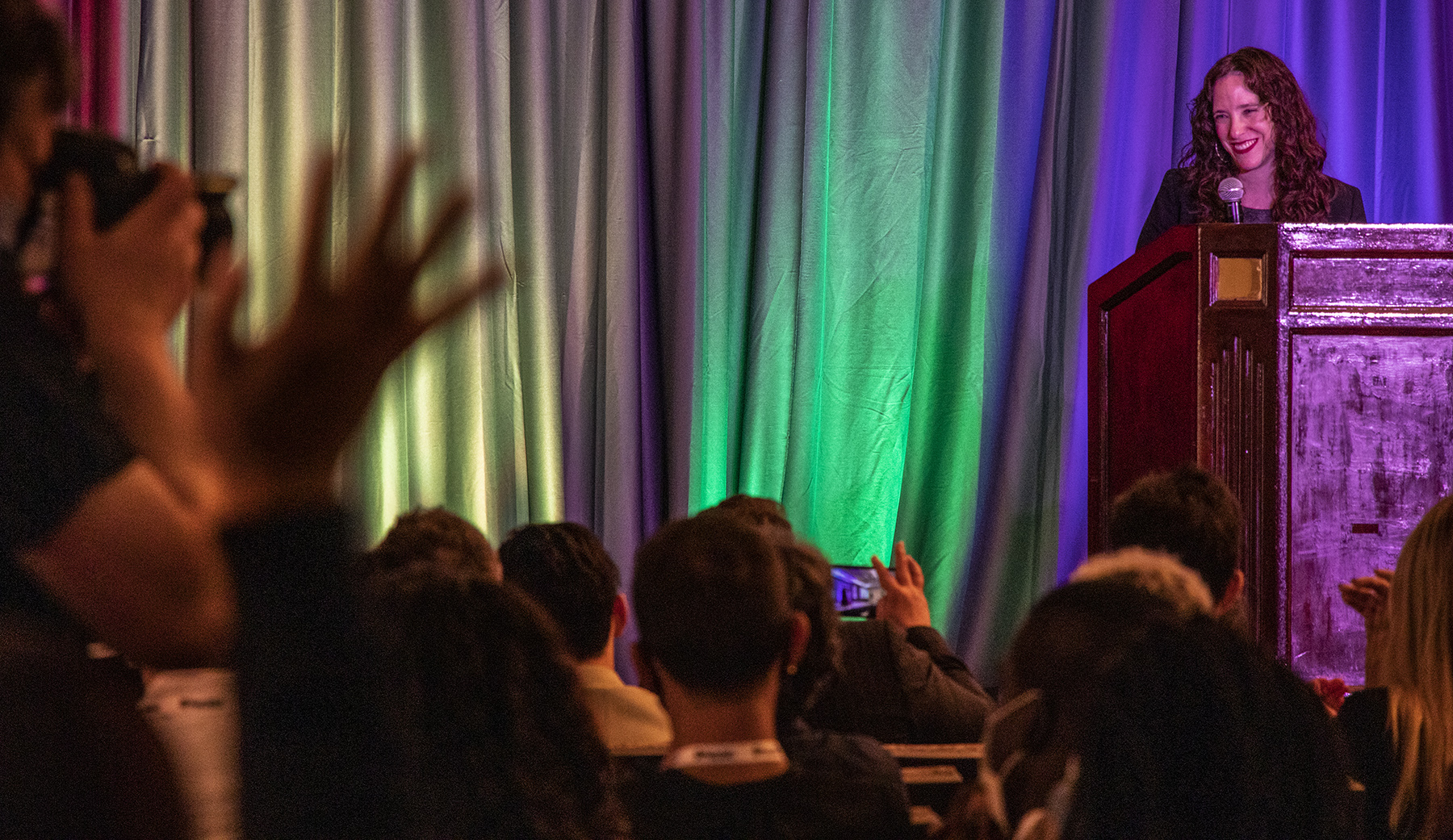 Jessica Stern, the U.S. Special Envoy to Advance the Human Rights of Lesbian, Gay, Bisexual, Transgender, Queer and Intersex (LGBTQI+) Persons, and Special Envoy, smiles at applause during the ILGA World Conference at the Westin Long Beach on Monday, May 2, 2022. Photo by Crystal Niebla.

ILGA is an international organization made up of 1,700 members throughout 160 countries and territories that support the objectives of ILGA, and guests include United Nations and government representatives, scholars, funders and volunteers.

During the five-day conference, ILGA members will meet to report on the situation of LGBTQ people on the ground in their home countries or territories, discuss the future of the global movement, and collectively chart ways to advance equality worldwide, according to the organizers.

There will also be more than 100 sessions focusing on topics including youth empowerment, feminist and LGBTQ movement alliances, the mistreatment of transgender individuals, countering anti-gender rhetoric and anti-LGBTQ legislation movements, and social justice movements across continents. 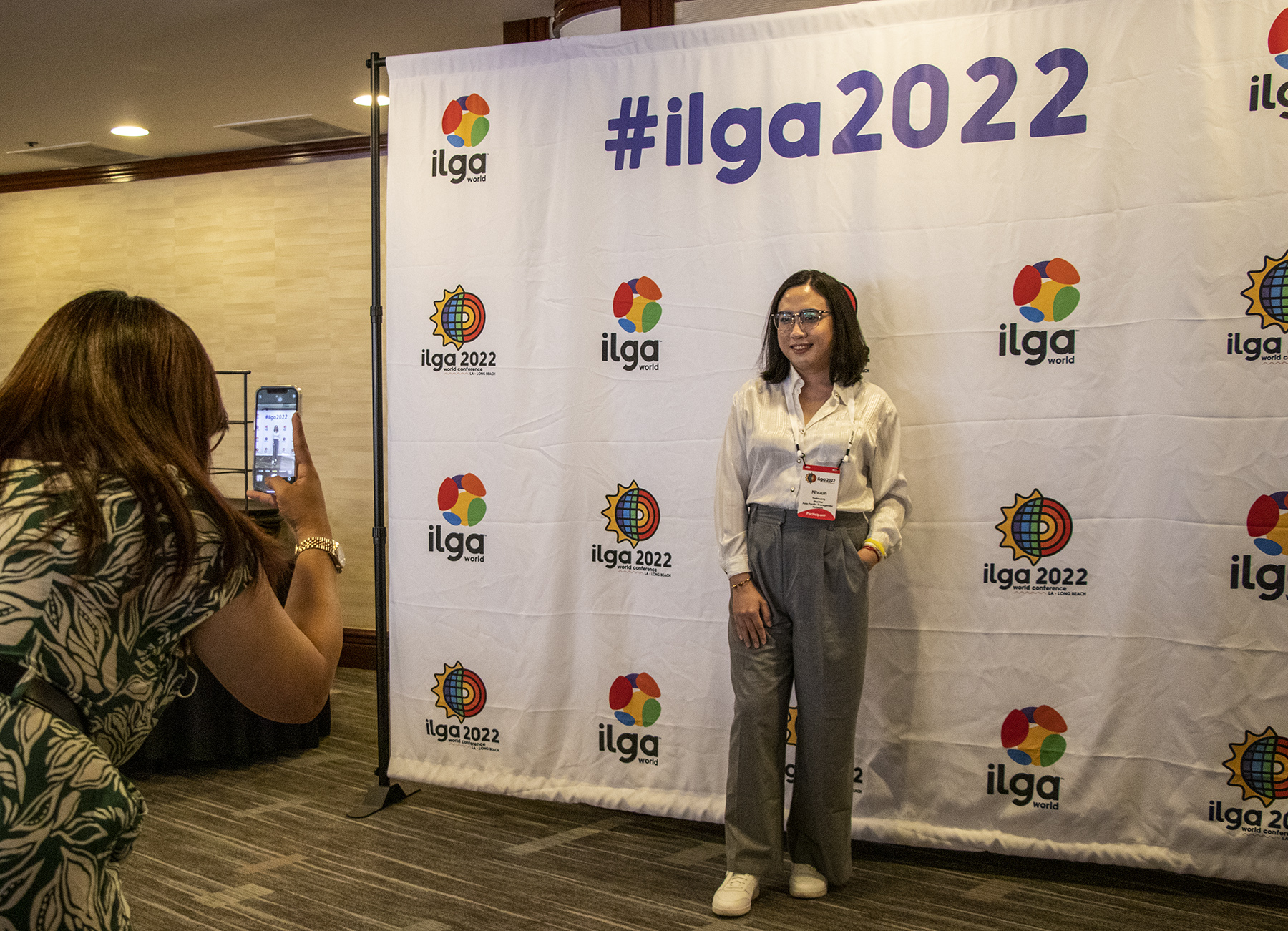 An attendee poses for a photo during the ILGA World Conference at the Westin Long Beach on Monday, May 2, 2022. Photo by Crystal Niebla.

For example, during the pandemic, in Uganda in East Africa, police detained about 20 LGBTQ homeless youth on what advocates say were spurious charges of breaking COVID-19 restrictions and tortured them in prison, the Human Rights Watch reported. In Mexico, the Inter-American Commission on Human Rights reported in 2016 that 1,218 people who identified as LGBTQ persons or perceived as such have been murdered.

While U.S. politicians tout this country’s standing as a first-world economy and its accomplishments in gender equality, the U.S., organizers say, still falls short in many ways for the LGBTQ community.

For instance, while the U.S. Supreme Court made the historic decision to legalize same-sex marriage, some states still have outdated laws barring the practice in their books. 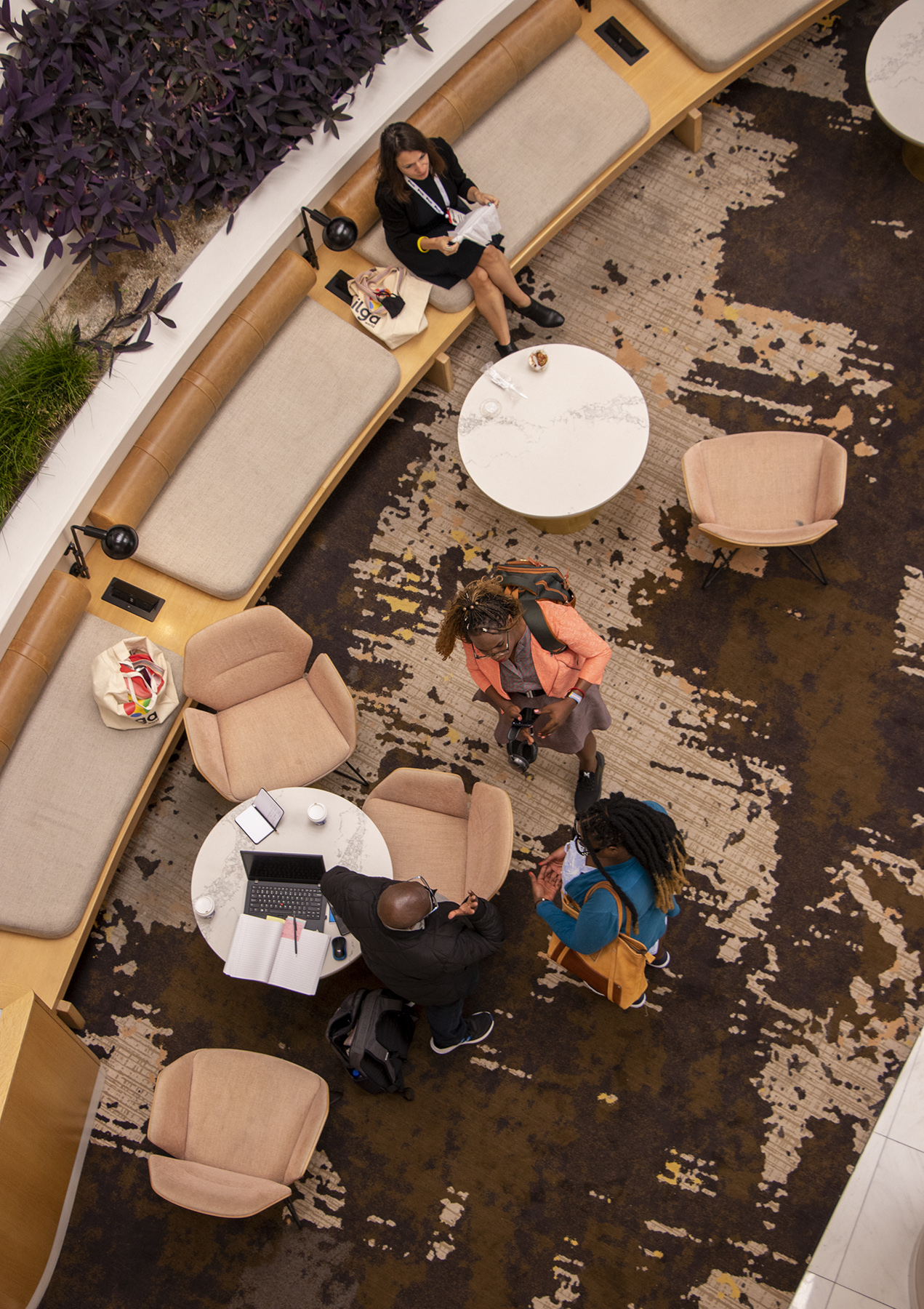 Attendees mingle during the ILGA World Conference at the Westin Long Beach on Monday, May 2, 2022. Photo by Crystal Niebla.

More recently, ILGA Worlds attendees said they were disappointed with Florida’s “don’t say gay” bill, a controversial bill that limits when and how teachers and school staff can discuss gender and sexual orientation in the classroom.

Fear of hate violence still permeates the community as well.

One UCLA study shows that LGBT people are nearly four times more likely than non-LGBT people to be victims of violent crime, including rape, sexual assault, and aggravated or simple assault.

Crimes targeting the LGBTQ community dropped in Long Beach, down from four in 2019 to two in 2020, according to a state attorney general database. Statewide, crimes involving sexual orientation fell from 233 to 205. However, those with a gender bias increased, led by a jump in anti-transgender events from 29 in 2019 to 54 last year. 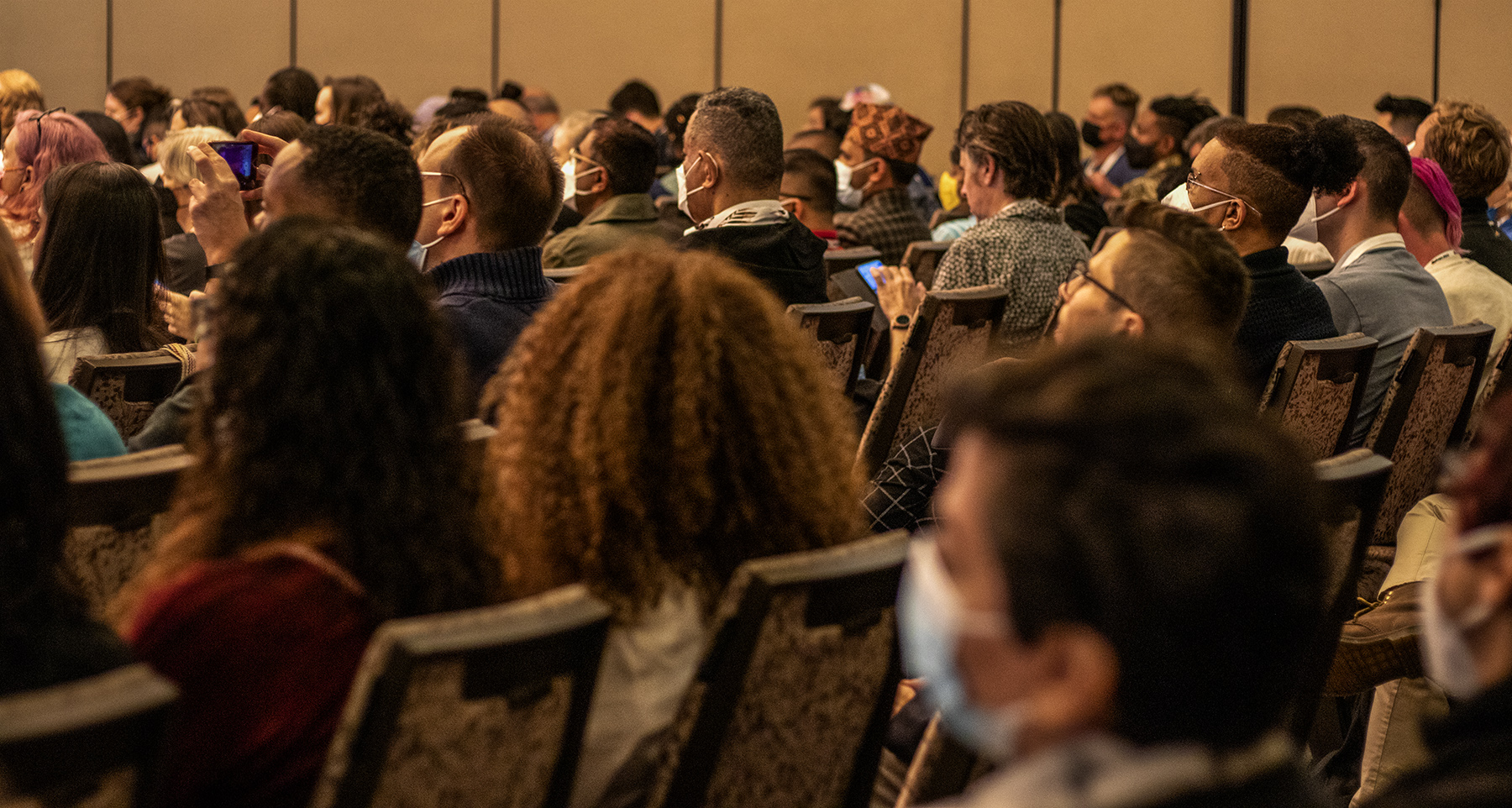 An audience, some requesting anonymity from media, listen to speakers during the ILGA World Conference at the Westin Long Beach on Monday, May 2, 2022. Photo by Crystal Niebla.

And roughly a year ago, both residents and politicians were appalled by the burning of a rainbow-colored lifeguard tower in Long Beach, painted by lifeguards in honor of Pride month, which was replaced that year.

A big concern for LGBTQ youth is homelessness, organizers say. Research shows that LGBTQ youth are significantly overrepresented in homeless populations compared with the general population.

Despite obstacles, Jayathma Wickramanayake, the United Nations Secretary General’s Envoy on Youth, said youth dialogues have been improving as they advocate for causes including mental health support and community building.

“I would like to take the opportunity to acknowledge and pay my respects to all the young activists who step forward in pursuit of a better future despite considerable risk,” Wickramanayake said in a broadcasted speech Monday morning.

Long Beach Mayor Robert Garcia speaks during the ILGA World Conference at the Westin Long Beach on Monday, May 2, 2022. Photo by Crystal Niebla.

Participants who can’t make it to Long Beach can now register to attend plenaries and some key sessions through an online platform, according to the conference website. The deadline to secure a spot is Wednesday, May 4 at at 2:59 p.m.