Until the COVID-19 pandemic hit, the Moon Cat Café was a frequent, delightful surprise in Long Beach as well as Los Angeles and Orange counties. Equipped with kicky kitty merchandise and a cat meet-and-greet room where visiting adoptable cats temporarily sourced from rescues would romp and play, it would roll, engine and air conditioner purring away, into adoption events, community street fairs, First Fridays, cat conventions or anyplace with people who might want to take a break and have coffee and pastry with a cat. Maybe take one home, too.

Moon Cat Café, Coming to a Neighborhood Near You!

I’d slip into the play area whenever it showed up, whether I was writing a column or just needed a kitty fix to make up for the brief hour or so I spent away from my own caboodle. Moon Cat was in year number four of delightfully facilitating adoptions when last week, it was broken into three times, burglarized, and vandalized while parked in what Moon Cat proprietor Janet Pao believed to be a secure location.

“Four is a bad-luck number in Chinese culture because it’s a homonym of the word for ‘death,’” Pao said. “And this was sure bad luck.”

There were no cats aboard the van because after each event, they’d go back to their rescues.

Pao’s van occupied a space in the facility lot at AAA Self-Storage in Long Beach. On Sunday, Oct. 4, a thief broke into the lot and stole tools from a mechanic’s truck. On Thursday, Oct. 8, around 4 a.m., another individual jimmied the lock on the van. The surveillance footage showed the person pulling an extension cord inside, but there was no apparent theft.

Then, on Saturday, Oct. 10 at 5 a.m., the van was broken into again. Two individuals stole every T-shirt, tea towel, jewelry item and every object that Pao had carefully selected for visitors to admire and purchase.

Video footage showed a woman in a baseball cap and a man in a hoodie wearing one of the Moon Cat Café T-shirts he’d helped himself to.

“That was the cherry on the ice cream,” Pao said. “They left just two little glasses. The white curtain covering the back entrance is gone. They even took the backup driving camera and the sales register—luckily, the iPad and cash were at home.”

The police came and assessed the damage, and Pao made a report. She purchased a steel cable and combination lock and secured the van. She was considering the next move—perhaps literally—when the final straw hit the camel’s back. Someone made several attempts to break the lock on the van’s doors, and when the cable held fast, he took a rod and broke the back glass panels and climbed in. Before he made himself at home, he took down the fire extinguisher and sprayed the foam everywhere, ruining the built-in furniture, the cushions and the walls. Nature called, so he urinated in a trash can.

“You didn’t want to walk in there. I don’t even care about the inventory, but did they have to leave it like this?” she said in an emotional post on her Facebook page.

Up to then, Pao had been stoic. “I’ll be honest—I didn’t actually cry when the police came—I was tired and depressed,” she said. “When the third break-in happened, with the glass broken, I cried for a good 10 to 15 minutes. And I don’t cry.”

The police had all the information, but Pao figured that even if the intruders were caught, it wouldn’t solve the security problem.

“I said, I have to handle this,” Pao said. “The facility manager went above and beyond to help me—the staff is wonderful, but it’s not a safe place. I was fed up and finally moved the truck out to a temporary location. The night-security contractors had done nothing up to this point. Only after I moved out and got a refund from the facility did the night-security guys finally tell AAA Quality that they will ‘set a trap’ to try and catch the suspects. I have had no updates on this ‘trap.’”

Pao moved the van temporarily to a friend’s place. She said that insurance will pay for the lost furnishings, the broken glass and the stolen items, but there still will be expenses—rent on a new location, the next insurance payment, and deep cleaning. What she can’t pay for are the feelings familiar to many victims of such nightmares: violation, anger, helplessness and most of all, why me? That’s where community comes in.

The animal-welfare and -rescue community is like a family in that there’s a lot of squabbling, to make an understatement, mixed in with the support. But when one of the members has suffered a nightmare like this, they rally to the rescue. Pao’s Facebook followers posted over 100 disgusted, infuriated and downright loving responses. She she started a GoFundMe for the added expenses and surpassed her goal of $3,500 by almost $1,000 in less than 24 hours of its posting. People continue to donate.

“I honestly didn’t expect that—I thought I’d reach the goal in two weeks,” Pao said with emotion. “I know that everyone’s struggling in this tough economy. I’m so deeply grateful for everyone’s love and support and sympathy—I’m blown away by what we do to help each other. I hope I’ve given half as much back.”

Janet Pao is looking for a safe resting place for her 35-foot van. The location should have an automated gate, be farther away from the street and have security cameras. It’s a tough go so far, she said, because no one is traveling and there are waiting lists. If you can help her, email [email protected].

Editor’s note: This story was updated to clarify that no cats were aboard the van at the time it was burglarized. 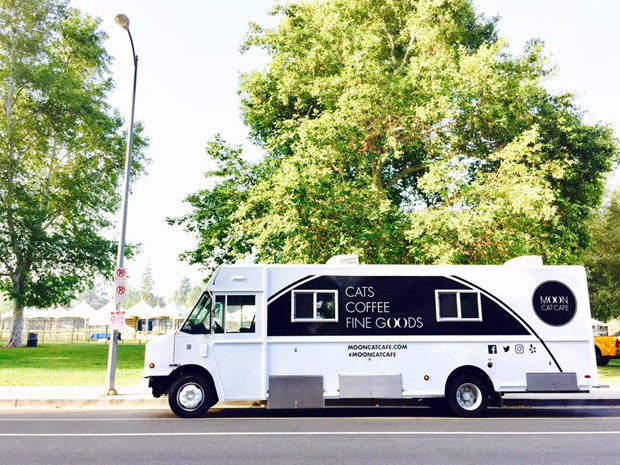 The Moon Cat Cafe’s van would show up at all kinds of animal- and community-related events. Courtesy photo. 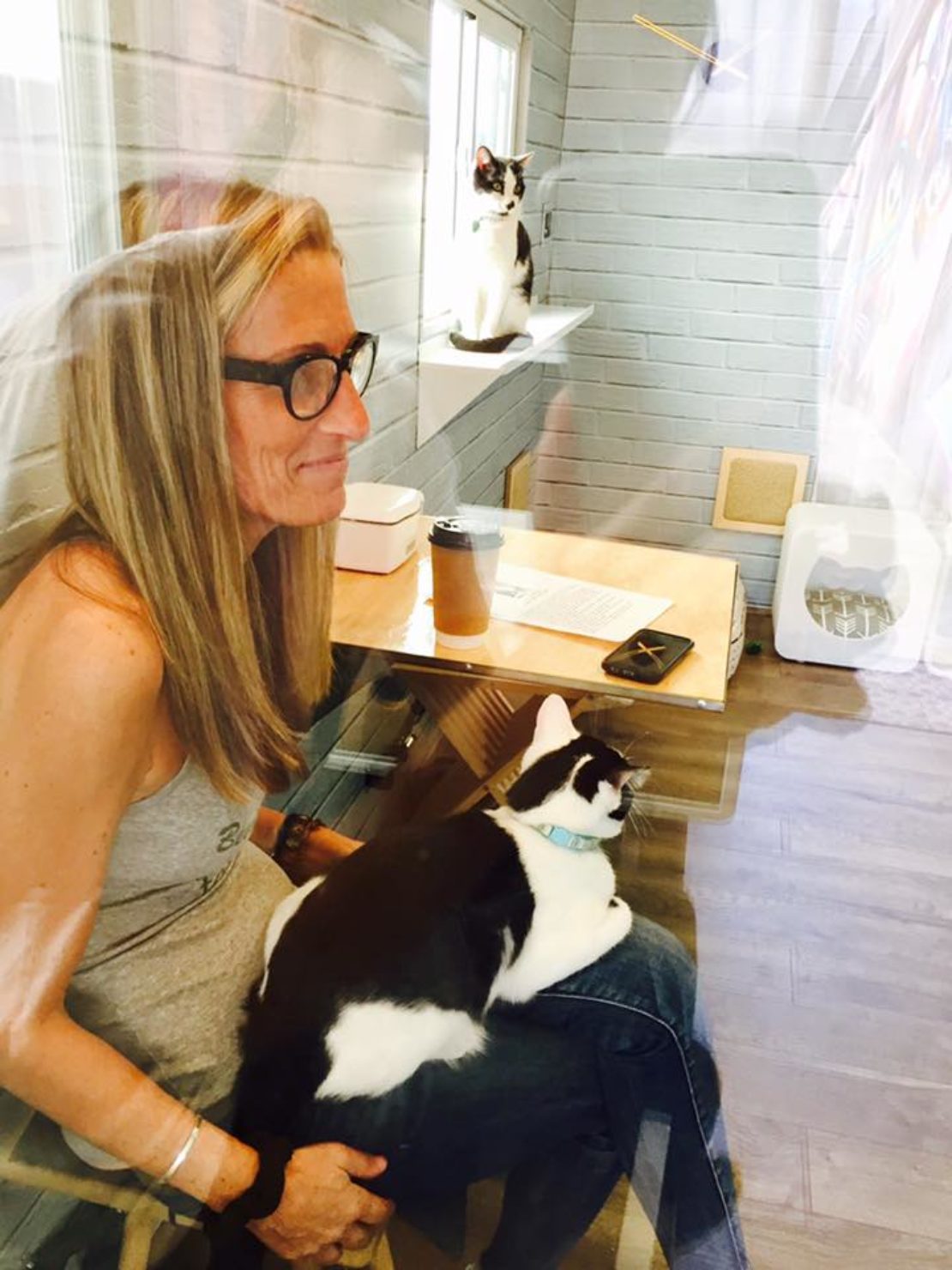 Visitors could come in and enjoy coffee, tea and kitties and possibly adopt one or two. Courtesy photo. 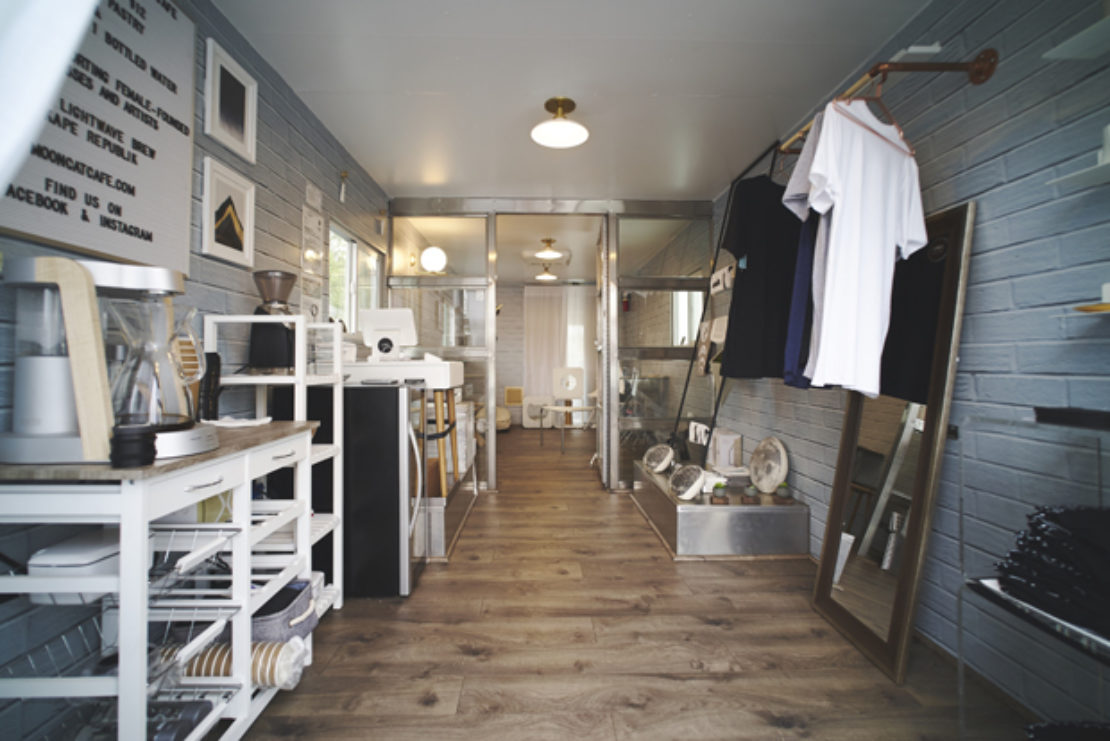 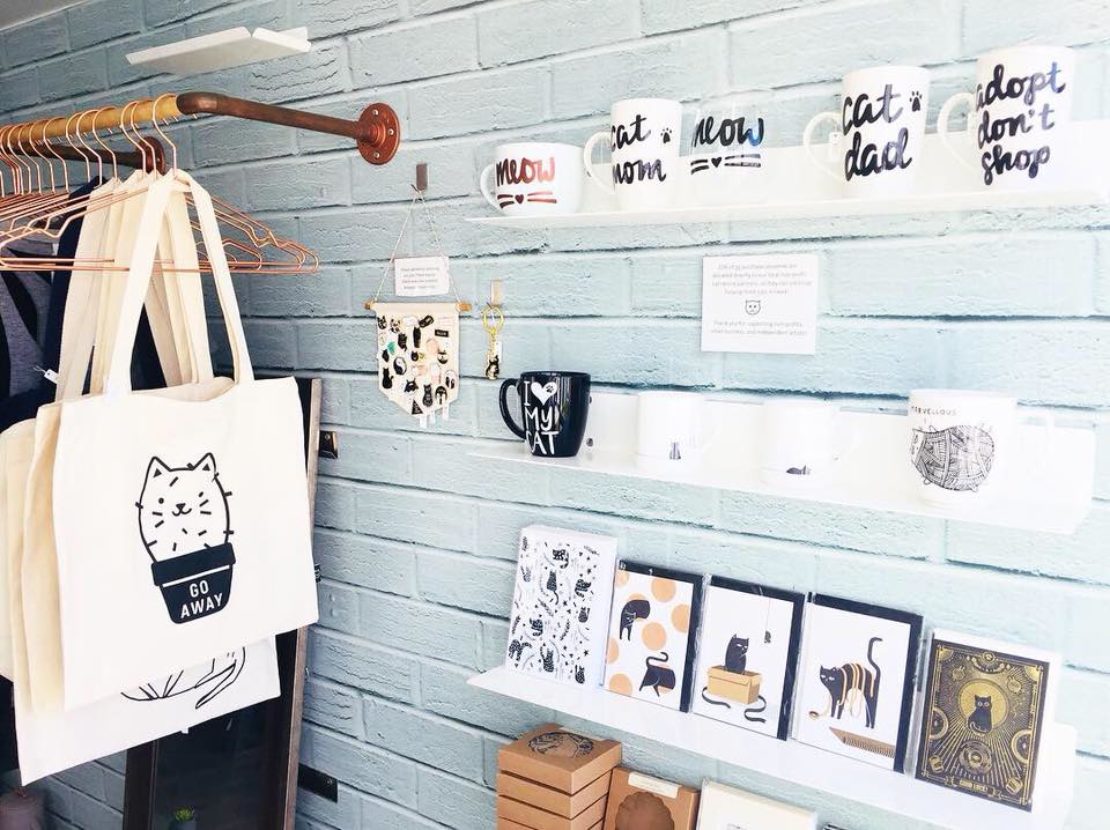 … and the last visitors left it like this. Courtesy video.