Community members, nonprofit groups and other organizations are rallying in support of migrant children at the Long Beach Convention Center, donating thousands of books, games and toys.

The community response has been so overwhelming that staff at the Long Beach Convention & Visitors Bureau, which is handling all of the toys and books from the city’s 12 drop-off sites, said they’re having a hard time keeping up with the donations.

Several thousand books had been donated as of Tuesday, and more are on the way, city officials said.

Federal authorities last month tapped the Long Beach Convention Center as one of several emergency shelter sites across the country set up by the Department of Health and Human Services to handle the increase of unaccompanied migrant children arriving at the Mexico border.

About 350 children have arrived over the past week with more expected in the coming days.

City officials have said the community response has been overwhelmingly positive, with residents asking how they can volunteer and donate.

Some of the donations include:

The dresses can’t be donated to the children, so they were given to the WomenShelter of Long Beach, which in turn donated toys and books, she said.

Mehlinger said she’s touched by how many people want to help.

“It’s just been overwhelming,” she said. “It’s like an avalanche.”

Donations of new books and toys are being accepted through May 8. 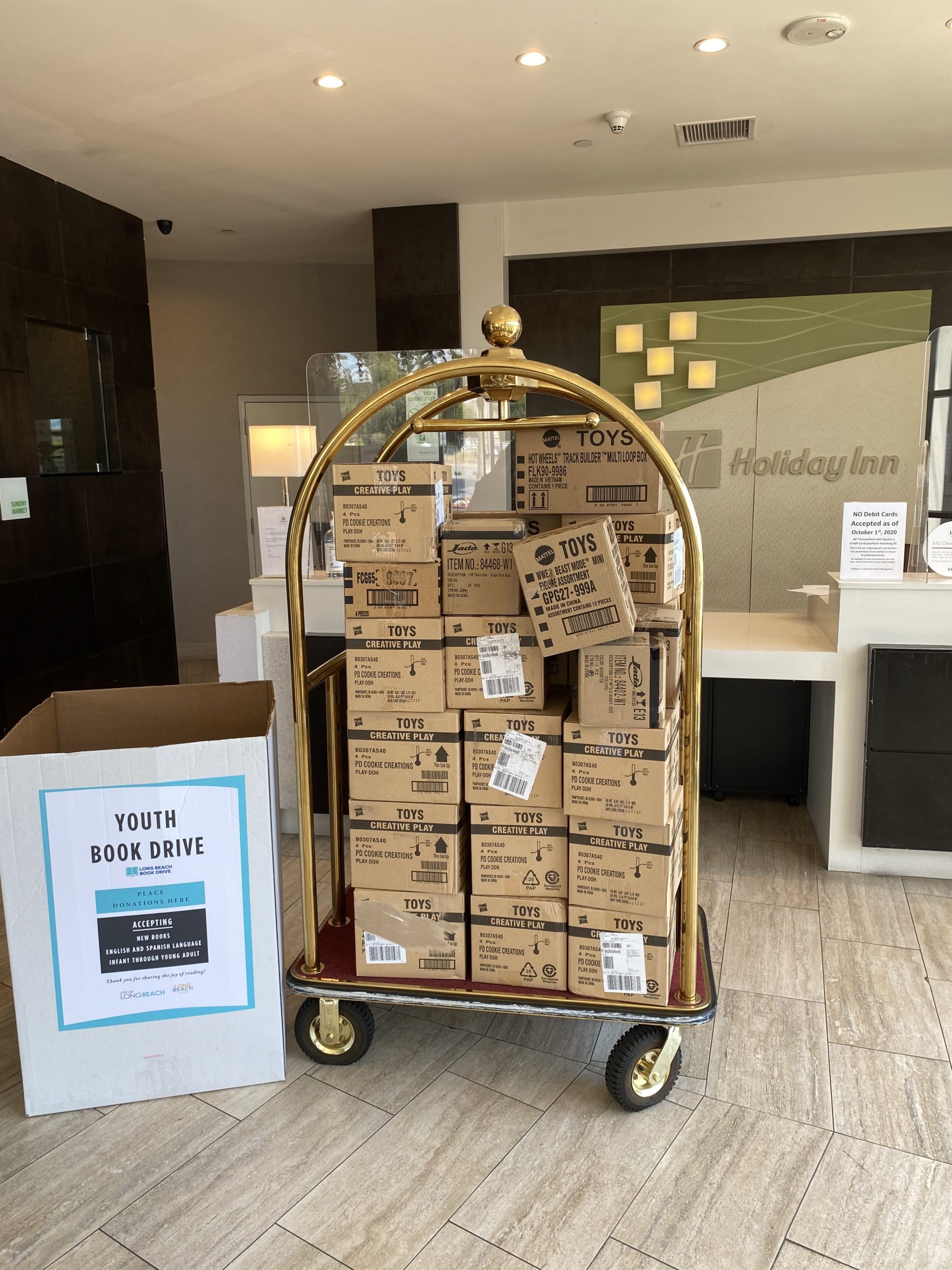