Calling Long Beach a welcoming community with a history of supporting immigrants, the City Council on Tuesday unanimously approved a plan to lease the Convention Center to the federal government to use as an emergency shelter for migrant children who are arriving unaccompanied at the U.S.-Mexico border.

The federal Department of Health and Human Services last week tapped Long Beach as a possible shelter location as convention centers in Dallas and San Diego have already been converted to emergency shelters.

With the council approval, the city will begin negotiating a contract with Federal Emergency Management Agency and Health and Human Services, which will operate the facility.

Mayor Robert Garcia on Tuesday said Long Beach has a “long and proud history” of supporting immigrants and has a duty to help in a major humanitarian effort.

“This is an opportunity for us to model how to do this work,” he said.

The Convention Center could house up to 1,000 migrant children for up to four months with a hard ending date of Aug. 2, as the center has other obligations for the space and conventions are expected to resume this fall, Garcia said.

City officials said the children coming to Long Beach already have identified family members or sponsors in the U.S. and they will be held at the shelter while federal authorities work to confirm those relationships and then arrange for them to be safely relocated.

The children could begin arriving within two weeks once a contract is approved.

City officials said the Convention Center space is capable of housing up to 1,000 children, with about 60-square-feet per child and one staff member for every eight children.

The Convention Center parking lot and front entrance at the Terrace Theater are currently serving as mass COVID-19 vaccination sites with hundreds of residents and workers arriving each day for vaccines.

City officials have said the shelter space will not impact the vaccination operation.

The number of unaccompanied migrant children at the U.S.-Mexico border has increased significantly since the start of the pandemic, with many fleeing violence or poverty in their home countries.

As of Monday, 4,231 children were in U.S. Customs and Border Protection custody, while more than 15,193 were in Health and Human Services shelters, up from 11,551 last week.

The federal government has tapped cities across the country to help with emergency shelter.

The Long Beach shelter will partner with federal agencies, local nonprofits and faith-based organizations to help support children during their stay, officials said. The city will also have opportunities for residents to volunteer and will soon provide more information.

Public comment at Tuesday’s council meeting was overwhelmingly supportive, with various residents, community leaders, legislators and nonprofits speaking out in favor of the plan.

“This should not be a political issue,” said Sharon Weissman, a Harbor Commission member and former advisor to Garcia. “These are children that need our help. It is the least we can do.”

“This is not a call for open borders,” said Jessica Quintana, executive director of Centro CHA, a Long Beach nonprofit that supports immigrant rights. “This is a call for a humane and fair system for moving children asylum seekers and refugees through the system as required by law.”

“California State University Long Beach looks forward to helping our City create a secure and enriching environment for these children,” Conoley said. “We have the people and expertise to share to make a difference.”

The plan has been met with protest from some immigrants’ rights groups who said children should be housed in smaller, community-based child care centers and not in mass emergency shelters.

About 100 people gathered outside of Long Beach City Hall on Tuesday evening to protest keeping children in detention centers.

“No matter what it’s called, a cage is a cage,” Gaby Hernandez, Long Beach Immigrant Rights Coalition executive director said. “We are really concerned for what’s about to happen.” 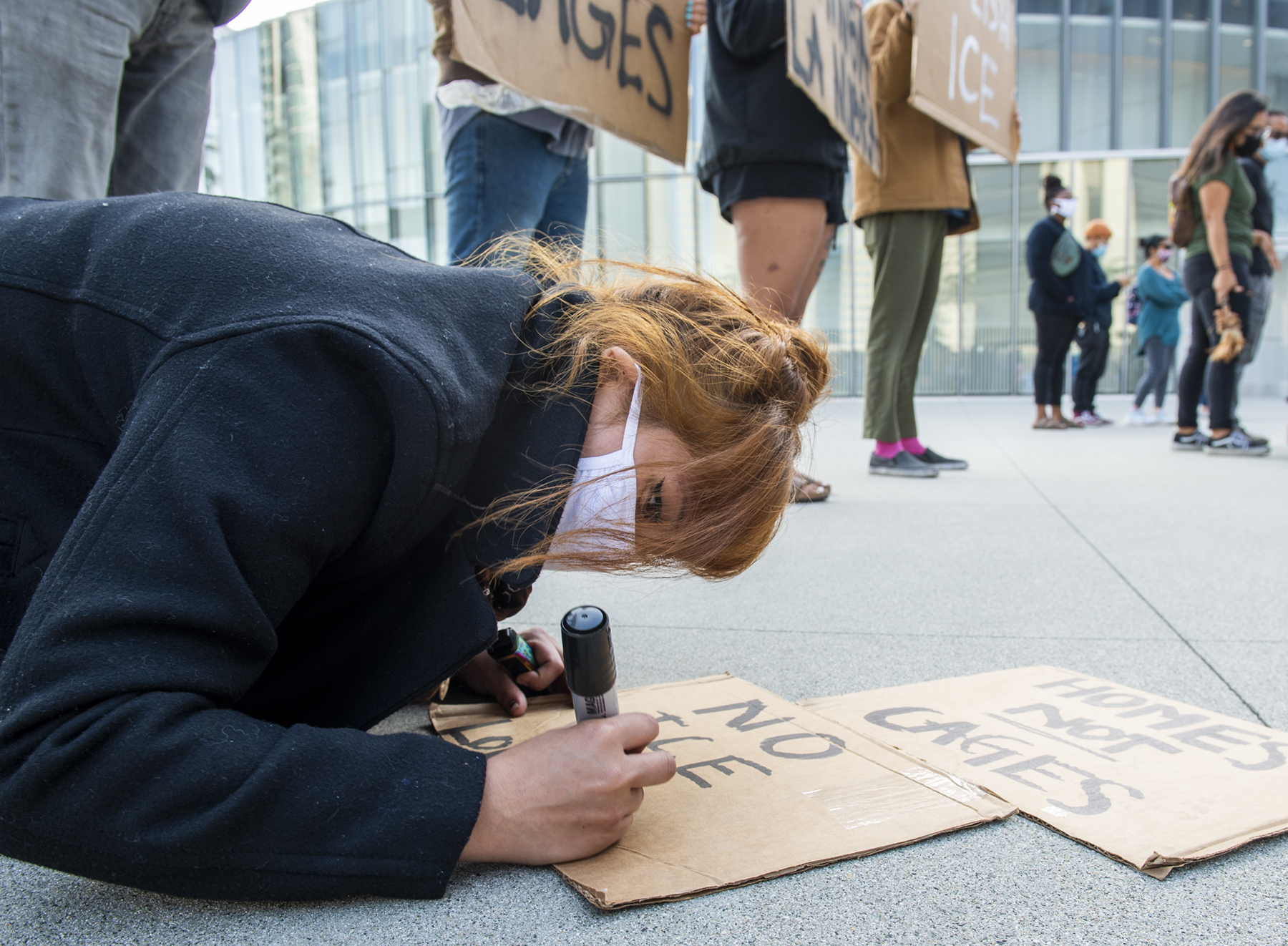 Long Beach’s council members all spoke in support of the plan, with some sharing their personal immigration stories.

Councilwoman Cindy Allen, whose 2nd District includes the Convention Center, said she will work to ensure that the children have the highest standard of care, while 7th District Councilman Roberto Uranga said he was proud to help in this capacity.

Councilwoman Suzie Price, who represents the 3rd District, said she received many calls from residents against the plan.

Price said she spent the day calling all of the city council members in San Diego to hear about their experience and was reassured that Long Beach will not see any costs related to the shelter.

“To me it’s a no-brainer in terms of what our options are in regard to these children,” she said. “In my opinion this isn’t a partisan issue, it’s an American issue. It’s a moral issue.”

Editor’s note: This story was updated with the correct spellings of Gaby Hernandez and Sharon Weissman.