California plans to lift most coronavirus restrictions on businesses and workplaces June 15, with officials saying enough people should be vaccinated by then to allow for life to almost get back to a pre-pandemic normal.

The mask mandate in the nation’s most populated state will stay in effect, Gov. Gavin Newsom said Tuesday, and he cautioned that California will reopen more widely in mid-June only if vaccine supply is sufficient and hospitalization rates stay stable and low.

Still, the Democratic governor, who has overseen some of the most restrictive pandemic rules in the country, said it was time to forge ahead, with 20 million vaccines administered in California to date. The announcement signals an end date to more than a year of isolation after California resisted reopening too quickly even while other states pushed ahead. 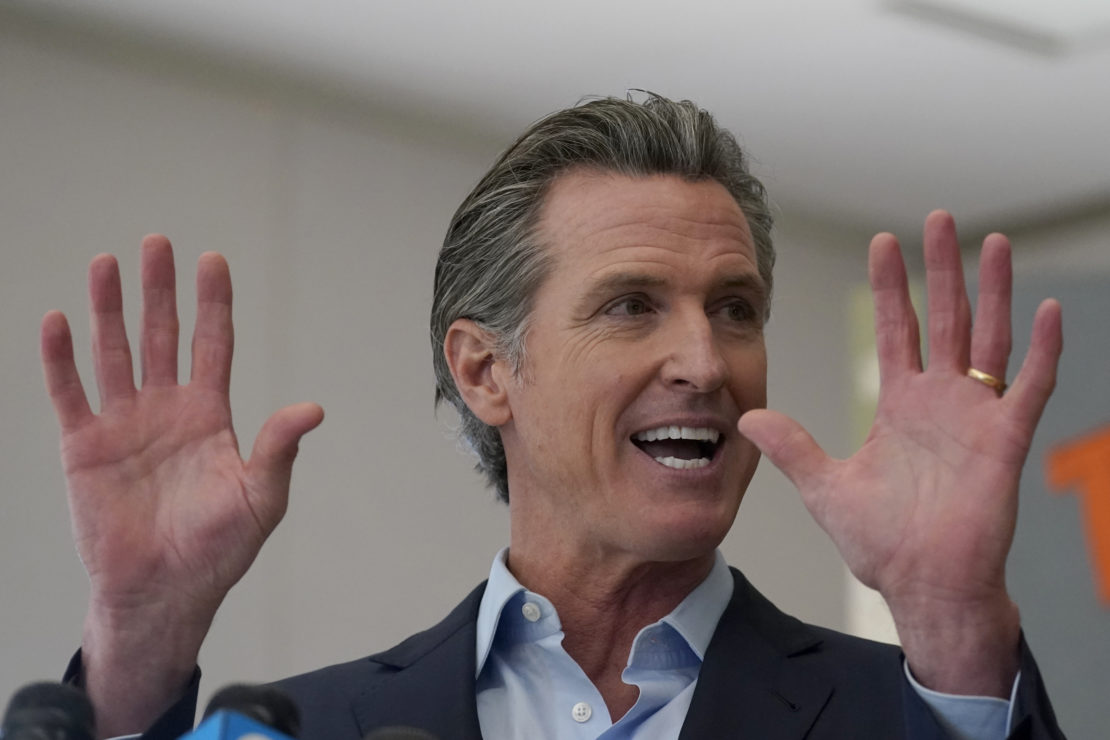 “We can confidently say by June 15 that we can start to open up as business as usual, subject to ongoing mask-wearing and ongoing vigilance,” Newsom said. “So this is a big day.”

The announcement comes as states across the country have lifted health restrictions as more people get vaccinated. California had some of the nation’s strictest pandemic rules, becoming the first to institute a statewide stay-at-home order last spring and adopting a complex, color-coded tier system in August that dictated which businesses could open and at what capacity depending on how widespread the virus was in a county.

Newsom said he expects 30 million doses to be administered by the end of April, putting them on track to inoculate many of the estimated 32 million people eligible for the vaccine.

The pandemic has taken its toll in California, with more than 58,000 people dead, businesses closed and students who have been out of classrooms for much of the year. Newsom, who has pushed for in-person instruction to resume, said he expects no barriers to getting students back into classrooms safely by June 15, including college students.

Under the plan, businesses can open with “common-sense risk reduction measures,” including mandated masking and encouraging vaccinations. The state will continue contact tracing and testing.

Most capacity limits will be lifted, although large-scale indoor events, such as conventions, will be allowed only with testing or vaccination verification requirements, said Dr. Mark Ghaly, the secretary of health and human services.

Vaccine eligibility will expand to people in California 16 and older starting April 15, although some counties have already started vaccinating young adults.

The two-month advance notice should give people enough time to schedule their first dose, wait the recommended three to four weeks for a second shot and get through the two-week period for the vaccines to fully kick in, he said.