Political newcomer Erik Miller knew he was facing steep odds when he challenged an opponent with high name recognition, deep political connections and a formidable resume for a seat on the Long Beach school board.

Among other high-profile state and local positions, opponent Tonia Reyes Uranga served for eight years on the Long Beach City Council. Her husband, Roberto Uranga, is now in his second council term in that same seat.

“I had multiple people saying that I was wasting my time and wasting my efforts,” Miller recalled in a recent interview with the Post. “It really only drove me even further and made me work harder.”

That approach to adversity and opportunity seems to be a defining theme in Miller’s life. He has tackled one challenge after another on his way to becoming, at age 36, the youngest member on the Long Beach school board, narrowly defeating Uranga, the early favorite.

Last Tuesday, on Dec. 15, with a Christmas tree lit behind him in his California Heights home, Miller faced his computer and raised his right hand as he was sworn in online by his 74-year-old predecessor, Felton Williams.

Miller’s arrival on the board—where he’ll be joining two members in their 40s—is expected to usher in a more progressive era for a five-member body controlled for years by an aging majority.

Miller has said that he, for one, plans to be especially vigilant on issues of institutional racism and of ensuring wider opportunities for students in underserved communities.

On the night of his swearing-in, Miller noted that the district means far more to him than simply the diploma he earned as a student in its elementary, middle and high schools. He said he had “a true respect for the Long Beach Unified School District staff and supporting organizations who saw more in a 12-year-old Erik Miller than I saw in myself.”

Dreams of a bigger life

Miller grew up with his mom and little sister in a two-bedroom apartment in a low-income neighborhood in Central Long Beach. Back then, his dad was out of the picture. Both grandparents on that side of the family, he says, were involved in drugs and prostitution.

Still, Miller says, he had a “strong village of family members” living nearby who cared for his sister and him while his mom often worked overtime at a phone company.

At Stanford Middle School, Miller was a “strong B” student but he also was on a slippery slope, hanging around kids who were tagging walls, using drugs and involved with gangs. His school counselor suggested that he break from this crowd and move in a new direction by joining Operation Jump Start, a mentorship program. Miller’s mom signed him up.

One day his mentor, a Long Beach dentist, took the nervous 12-year-old to USC for a tour and to experience his first college football game. On campus, he saw Black and Brown students and realized his life could be bigger.

“I recognized that these were young men and young women that would eventually have pretty well-paying jobs, and some of them didn’t look too different from myself.”

At Millikan High School, where Miller was bused from a home his mom had bought in North Long Beach, he began to display his drive not only in the classroom but also on the football field. As a defensive end, he won honors as an all-league player.

After his graduation, Miller became the first member of his family to attend college and graduated with a degree in architectural design from Woodbury University. He worked for several years in a Los Angeles firm. But his heart remained back in his community.

So with the support of his mom and dad, with whom he had reconnected, he quit and went to work for the mentorship program that had helped shape his life as a youngster. He would also take leadership positions in other non-profits focusing on veterans’ affairs and employment.

Operation Jump Start’s chief executive, Irene Quevedo, worked alongside Miller, who became the organization’s director of community relations. “I really saw him wanting to serve students with his whole heart,” she says.

Quevedo says Miller was determined to expand access to Jump Start to at-risk students from Long Beach’s most violent neighborhoods but whose grade point averages disqualified them from the program.

To that end, Miller created the Positive Futures Mentorship Program for students with GPAs as low as 2.0. Quevedo says the successful initiative lasted for three school years, until the organization received a $100,000 grant to expand their other programming.

Quevedo says Miller had a winning way with the Jump Start’s participants—approachable and down to earth.

“In a weird way, he’ll put himself down to make you feel good. He’ll make fun of his basketball skills or his big head,” she says. “Erik just has this way about him to make someone shine.” 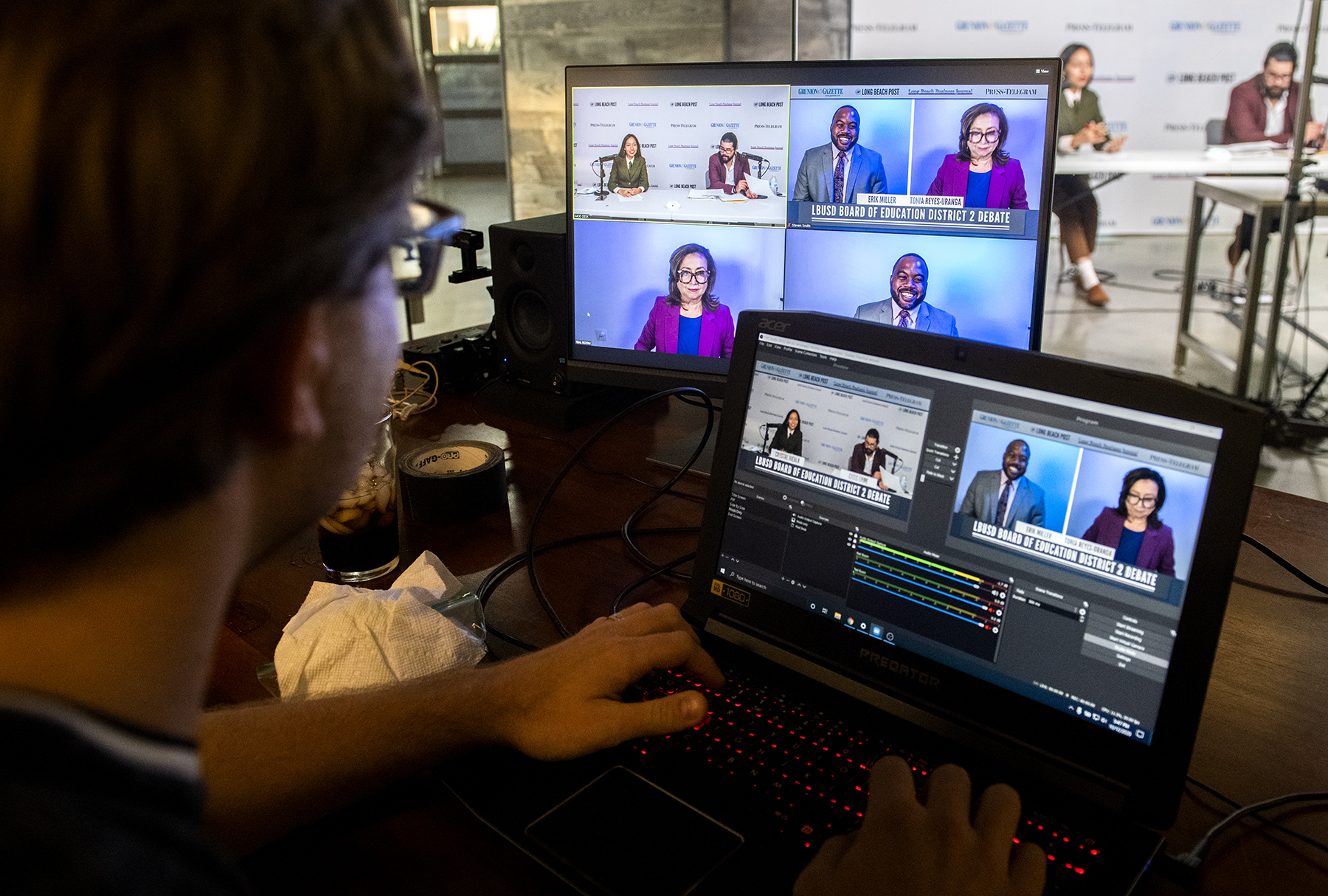 An early stumble but no turning back

Miller had decided to run against long-serving City Councilman Dee Andrews of the 6th District—a man Miller himself described at the time as “a legend.” Gun violence, Miller says, was “the catalyst for me getting into that race.”

But the upstart candidate didn’t make it past the primary. Andrews got 51% of the vote, avoiding a general election runoff, while Miller received 26%. “I took a bet on myself,” he says.

Still, the council election raised Miller’s visibility and gave him a crash course in how to run a race, including the endorsement process, which turned out to be pivotal in his school board campaign.

First came the surprise non-endorsement of Reyes Uranga by the Long Beach Democratic Club—despite her work with the state Democratic party and her deep political connections. “I, early on, assumed that it was going to be a loss because I was like, ‘They know Tonia.’”

But Miller says that after each candidate gave 3-minute presentations on why they should be endorsed, the club could not reach a decision and opted to endorse no one.

“Political ties mean one thing, but it’s the relationships and what you represent is what people are ultimately voting for,” Miller says he learned from the experience.

The powerful Teachers Association of Long Beach, meanwhile, was not about to sit on the fence. It provided a crucial endorsement and more than $291,000 in direct and in-kind contributions to Miller’s campaign.

Executive Director Chris Callopy says the union admired Miller’s background and believed his work with students, his personal experience as an LBUSD graduate and his passion for service made him the best qualified to represent the interests of all stakeholders.

Callopy says he hopes Miller will deliver on his campaign promises, including his vow to promote better communication between the district and families.

“Certainly I remain hopeful and optimistic,” Callopy says. “But I’m also grounded enough to know that there’s been numerous candidates who you’ve backed and they end up in that position that they just didn’t turn out the way you would have liked.”

As for Reyes Uranga, she offered these thoughts on Miller’s election in a text message to the Post: “I am hopeful that he can be a strong voice for the community and parents that need support right now. TALB [the union] spent close to $300,000 to get him elected and I hope he is worth the investment.” 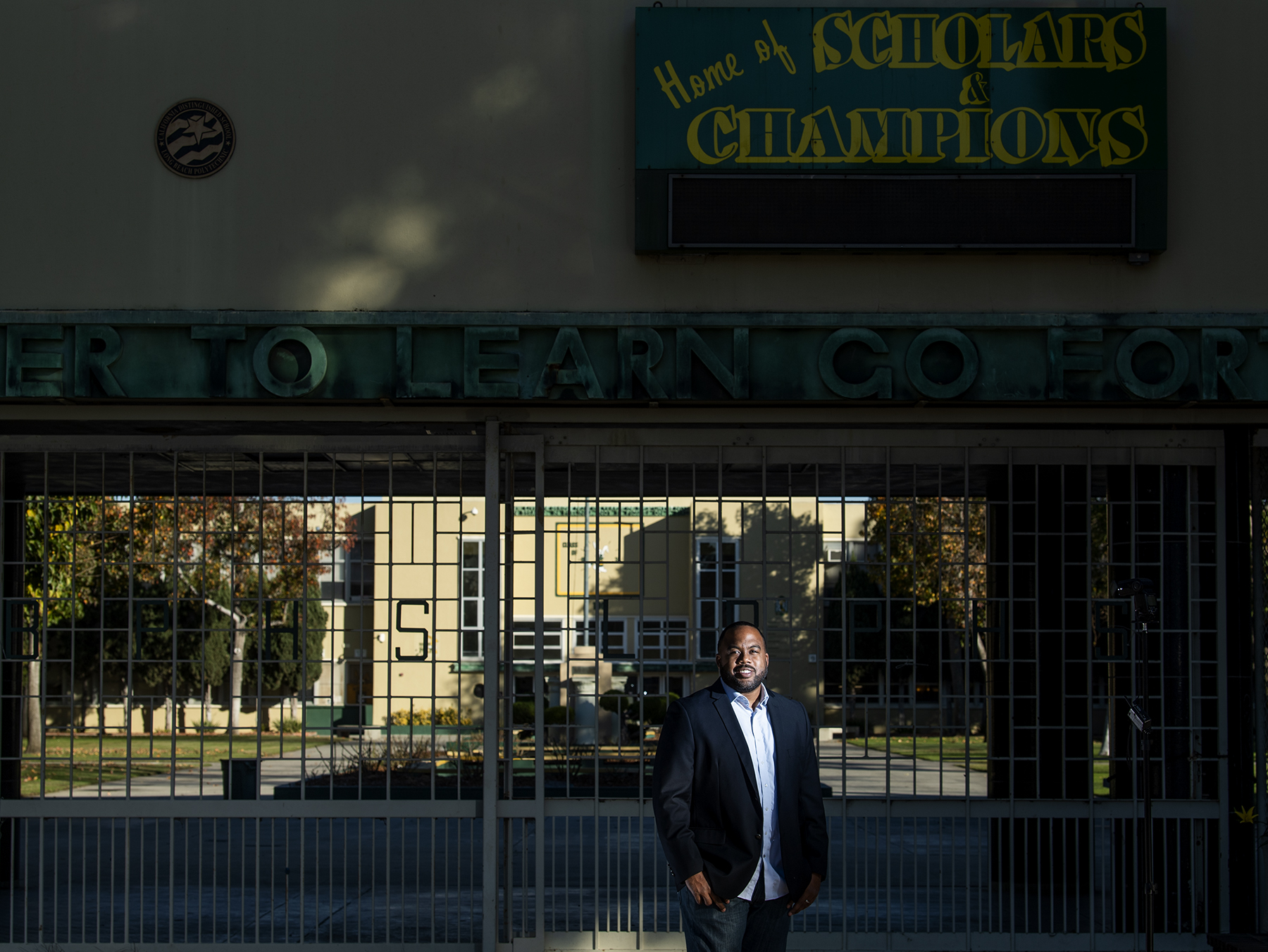 Miller knows it’s going to be a tough rookie season.

The district, like those around the country, is facing huge pandemic-related hurdles ranging from getting kids online to confronting a grim budget outlook. But he says he’s confident that the new board, with its younger cohort, is poised to take a fresh look at these and other issues, especially those involving race and classism.

That emphasis on equity helped Miller land endorsements from LBUSD board members Juan Benitez, 48, and Megan Kerr, 46, who represent the panel’s younger trend. After their endorsements, the rest of the board jumped on the bandwagon.

“I think that our philosophies align,” Miller said about the younger board members.

For him, the stakes are particularly high. He and his wife plan on sending their daughter, who is 3, through the Long Beach schools, just like dad.

Miller says it’s important for students to see leaders who look like them, who come from the same neighborhood, “who speak the language of your aunties and uncles and can break down barriers by understanding your plight.”

“Every decision I make,” he says, “will be with my daughter and her generation’s best interest at heart.”