Roughly a year and a half after purchasing a plot of land in North Long Beach, the city Thursday celebrated the opening of its first year-round homeless shelter—a facility dubbed Atlantic Farms Bridge Community housing complex.

The complex, located at 6847 Atlantic Ave., was delayed a few months—it was supposed to open in July—but welcomed its first residents on Thursday.

Eric Lopez, director of Public Works, said the city took an ambitious approach in trying to complete the project by the original deadline. Only taking six months to complete a project of this size––a 2.5-acre complex with 125 emergency beds––was an “aggressive” ambition, Lopez admitted.

At the facility’s full capacity, the program will provide 120 beds for those without housing, but the coronavirus pandemic has prompted the city to reduce the capacity to 100, officials said. The city’s Multi-Service Center is in charge of screening and approving individuals before offering them a spot at the new complex. No walk-ups are allowed.

Teresa Chandler, the city’s deputy city manager, said homelessness case workers assess the people they come in contact with in the streets and determine what programs they qualify for.

For example, a family with children living in a car would be qualified for the housing program through the city and county, Chandler said.

The center’s grand opening represents the first in a two-step program the city has in store for the housing facility. Chandler said that the second phase will focus on expanding the complex to include community gardens and permanent housing, similar to the Century Villages at Cabrillo in West Long Beach. 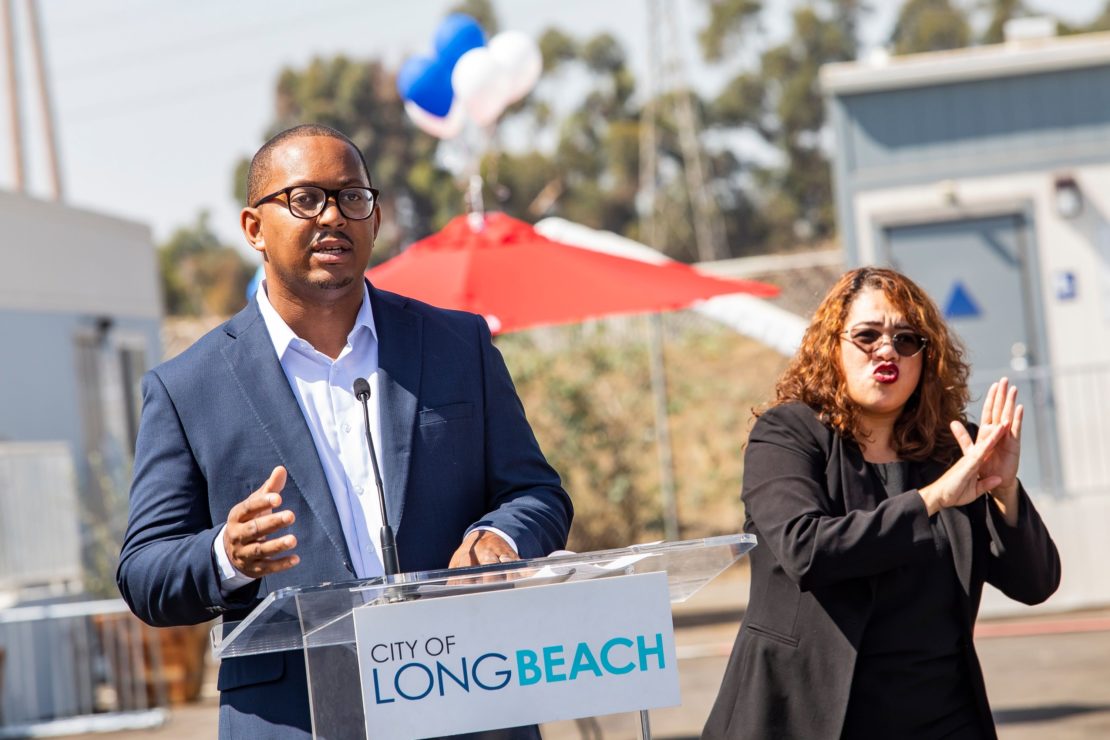 Councilman Rex Richardson, who oversees the district where Atlantic Bridge is located, said the project dispels misconceptions about neighborhood safety.

“The opening of Bridge Housing in Uptown reflects our community’s compassion and leadership in addressing a critical issue in our city, our capacity to deal with the homelessness and its effects on our community,” Richardson said in a statement.

The opening comes as homelessness has increased in the last few years leading up to the pandemic, which experts have said could trigger a new wave of housing insecurity. The city reported homelessness grew by 7% before the pandemic hit.

In another sign of the pandemic, the city hosted a virtual grand opening on it social media pages Thursday, and said individuals were starting to move into the facility.