When T-shirt maker Fernando “Spider” Betancourt learned about how a fruit vendor was violently robbed in Central Long Beach last month, it was the final straw for him.

The victim, 22-year-old Gerardo Ivan Olmeda Del Pilar, was beaten for his week’s worth of pay, and Betancourt became so angered that it compelled him to do something.

“It just infuriated me,” he said, who was a former street vendor.

Within a week of the incident, Betancourt, with help from a local artist, produced new T-shirts that read “Defend Vendors” and “Love of the Streets” in Spanish, and is using the money from the sales to donate to street vendors in need.

His first recipient was Olmeda Del Pilar, who received a check for $1,000 Thursday afternoon.

“I didn’t expect something like this,” he said in Spanish as he held the check. 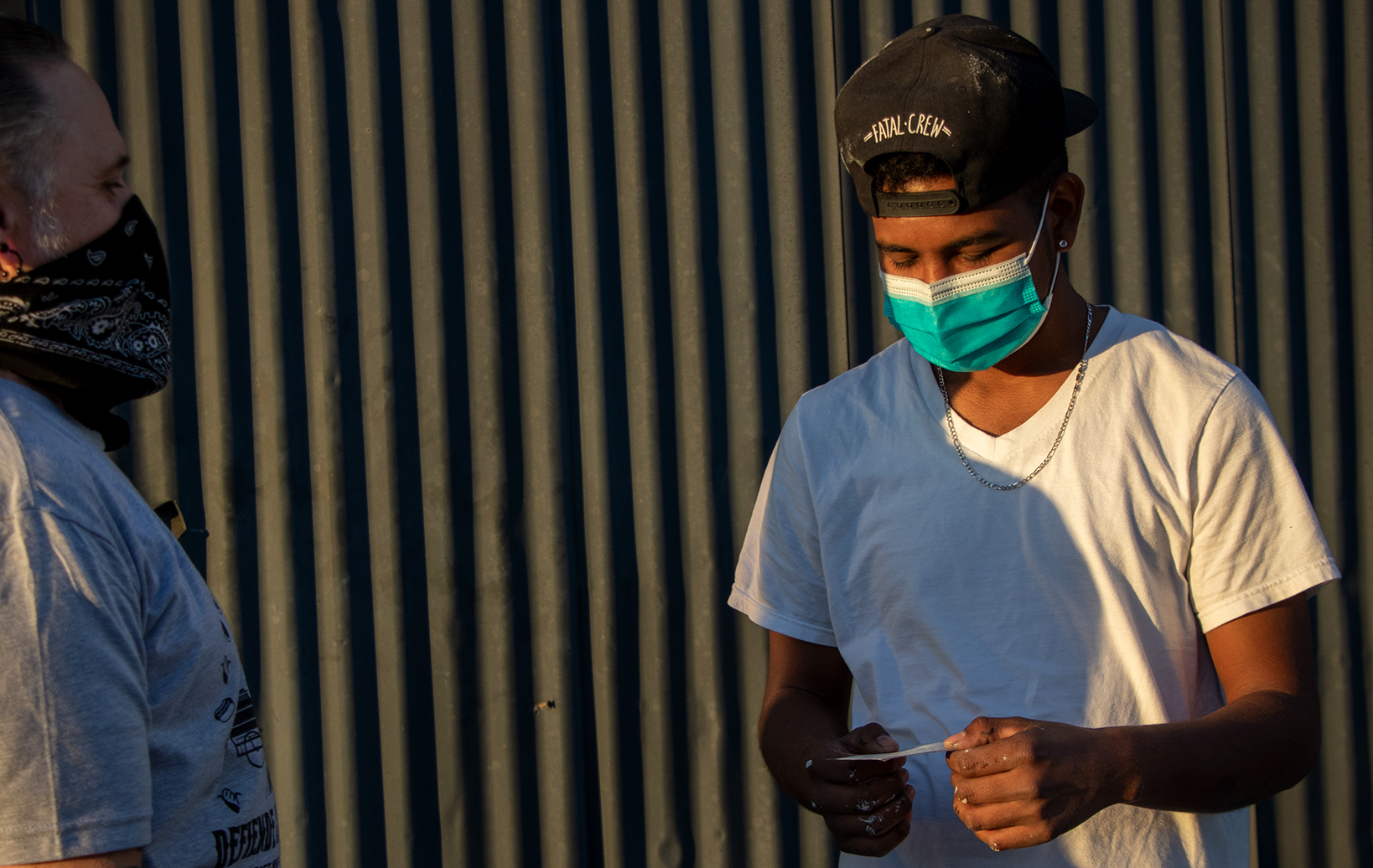 Betancourt, who runs a local event and catering business, hopes to continue collecting money from the sales and donate to more street vendors.

“There’s more guys out there that could use the help,” he said.

Shortly after Olmeda Del Pilar’s violent robbery last month, two of his customers, Marissa Gomez and Alex Diaz, of Long Beach, set up GoFundMe pages and raised over $11,000 combined. However, Gomez said her fund distribution was delayed after someone reported her GoFundMe page as fraudulent.

As for Diaz’s fund, he officially added Olmeda Del Pilar as the beneficiary so that the fruit vendor can now pull of the money himself. Olmeda Del Pilar has been in contact with the two GoFundMe organizers and said he will be likely receive it all this month.

The pages were created to help the vendor recuperate the stolen $500 and help with potential medical expenses, the organizers said.

Olmeda Del Pilar, who doesn’t have medical insurance, needs to pay for his doctor visits out-of-pocket, he said. While the swelling on his face went away, he said his vision became blurry. His doctor told him he will have to wear glasses—something Olmeda Del Pilar didn’t have to deal with before the violent robbery.

Anecdotally, other street vendors and their allies have said that they are likely targeted since they often carry cash. Given the circumstances of this environment, Betancourt hopes to make the lives of street vendors a little bit easier.

“Someone out there trying to put food on the table shouldn’t go through that,” he said.