Long Beach is planning to reopen the historic Queen Mary by the end of this year, and in the meantime, the city is looking to have the ship considered for national monument status, which could bring in federal dollars for restoration.

Built in the 1930s, the Queen Mary is currently designated as a national historic landmark and has been owned by the city since its arrival in 1967.

National monument status would mean the federal government would own the ship and would then be responsible for funding the repairs and maintenance. But achieving that status isn’t easy.

The United States has 129 national monuments, including the Statue of Liberty, that are designated by either presidential proclamation or Congressional approval.

In a memo released Friday, city staffers recommended that Long Beach work with a consultant to research and prepare a compelling proposal. This issue will come back to the City Council for approval in the coming weeks.

The push for possible federal funds comes as the city faces millions of dollars in critical repairs for the ship.

Long Beach has so far approved $5.5 million in funds for urgent work that would allow the Queen Mary to reopen, but a report from a marine engineering firm last year said the ship would need $23 million in repairs to stay “viable” over the next two years.

The city estimates that urgent work will take at least 180 to 270 days to be completed, and that the ship can be reopened by the end of this year for special events and hospitality services.

In the first of five critical projects that kicked off last month, Long Beach removed 20 of the Queen Mary’s badly corroded lifeboats. The 36-foot-long boats are sitting in the ship’s parking lot as the city prepares to auction them to qualified nonprofits that would focus on preservation. The deadline for bidders is March 25.

In the next step, the city is planning to install an emergency power generator, along with bilge pumps and a flooding alarm system.

The city is also looking to remove the abandoned “Scorpion” Soviet submarine, which has been moored next to the Queen Mary as a tourist attraction for nearly two decades. It was closed to the public in 2015 after it fell into disrepair. 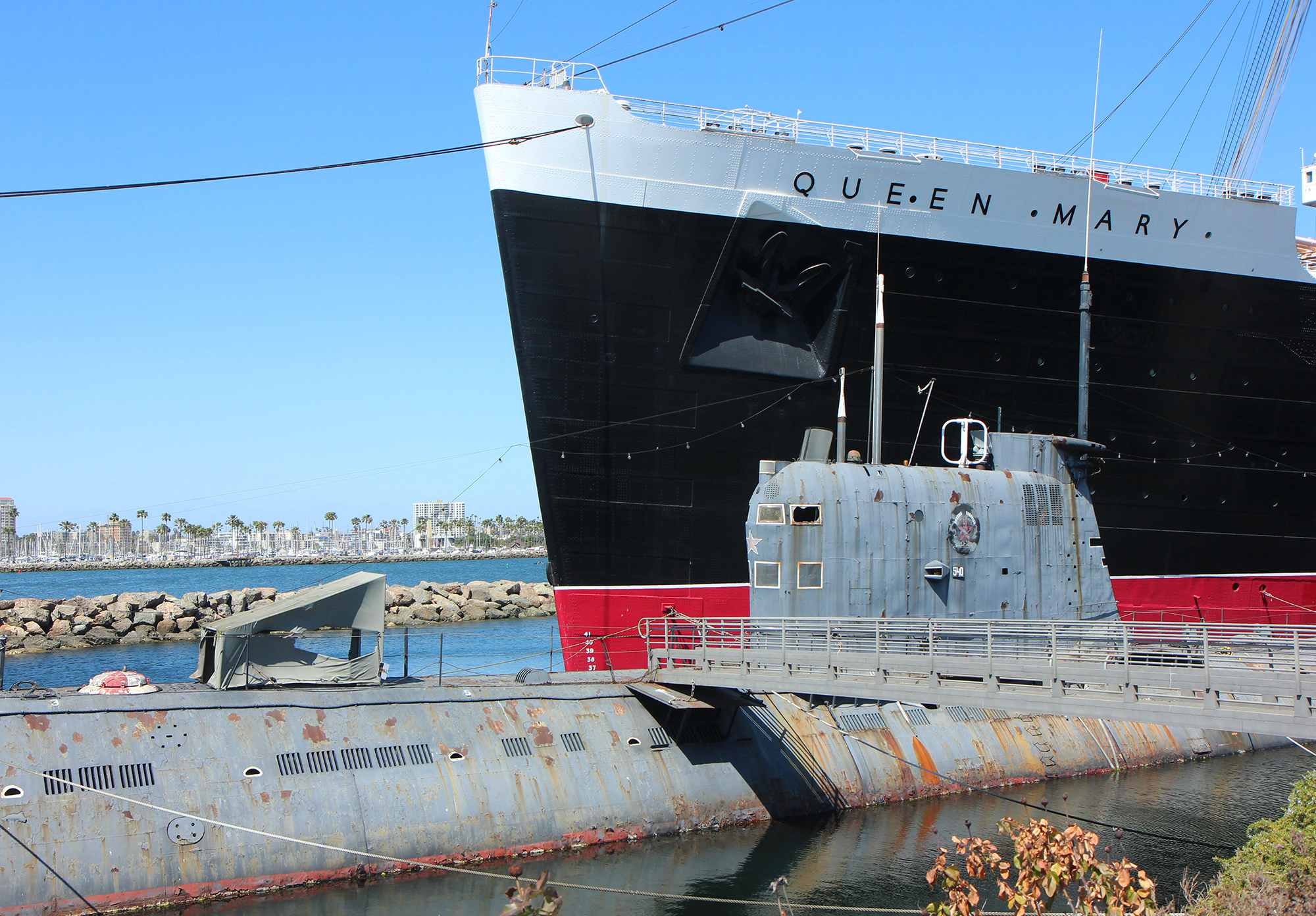 The city’s lawyers are attempting to have the submarine’s alleged owner, Palm Springs resident Ed Skowron, remove the vessel, but he hasn’t responded to multiple requests and the city is now mulling a lawsuit, officials said.

“The City Attorney has issued several written demands to the submarine owner to remove its submarine, but the owner has failed to respond and attorneys representing the owner have not responded to several attempts to discuss the matter,” the memo stated.

The city is now looking into possible options including bringing the submarine onto land for dismantling or towing it to another location for recycling. The land removal would mean less pollution but could be costly, city staffers noted in the memo.

Long Beach owns the Queen Mary but for decades leased it to a string of failed operators. Last year, former operator Urban Commons gave up the lease in bankruptcy court, leaving the city on the hook for millions of dollars in urgent repairs.

Long Beach is now negotiating transferring control of the ship to the Harbor Commission, which oversees the Port of Long Beach.