Local conservationists and members of the Long Beach Yacht Club partnered on Saturday afternoon to submerge strings of oyster shells throughout Alamitos Bay in an effort to restore populations of the Olympia oyster in Southern California.

Katie Nichols, marine restoration director with the Orange County Coastkeeper organization, said the stringed oyster shells would serve as potential homes for the oyster larvae to latch onto and grow. The shells were distributed to yacht owners in Long Beach to hang around docks in Alamitos Bay.

After the shells have swayed along the docks for 30 to 45 days, researchers from Cal State Long Beach and the marine conservancy group will transfer the strings with the oysters over to the Jack Dunster Marine Biological Reserve located north of Naples Island where they will continue to grow. 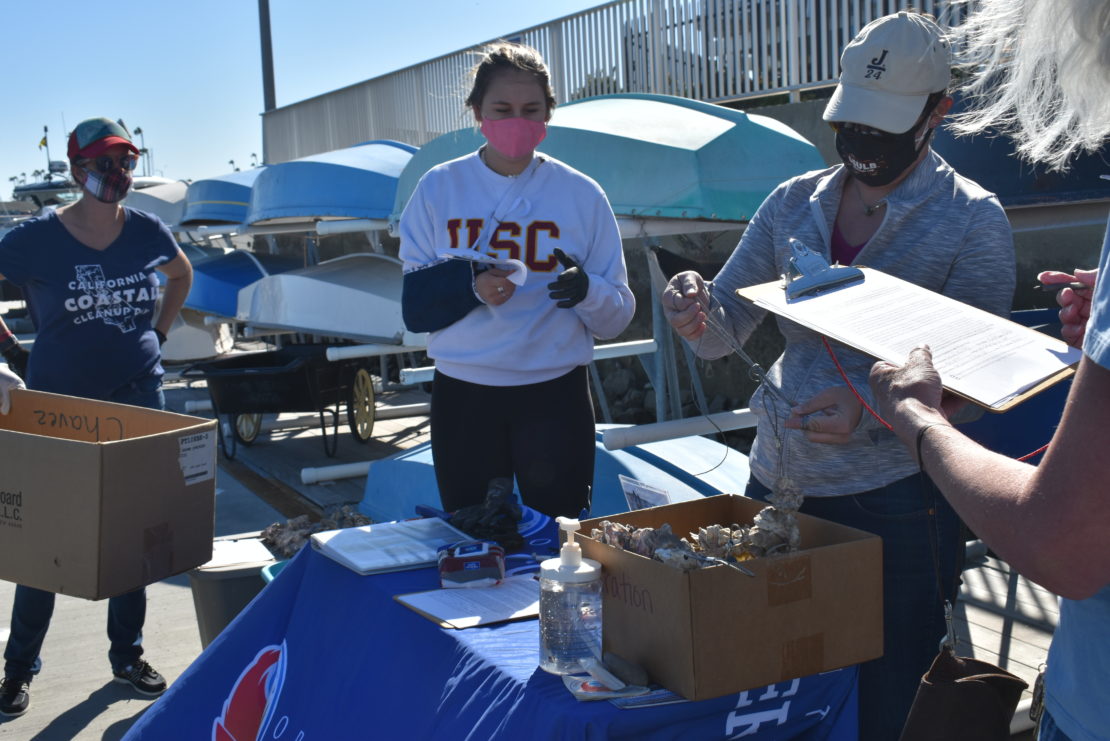 Marine researchers from Cal State Long Beach hand out stringed oyster shells to yacht owners in Long Beach so they can hang them on docks around Alamitos Bay in the hopes of helping restore the Olympia oyster population in Southern California. Photo by Sebastian Echeverry.

Olympia oysters, which once covered large expanses of intertidal areas, are one of the only native oyster species on the West Coast of the United States and Canada, according to Orange County Coastkeeper’s website.

According to the organization, one adult oyster can filter up to 50 gallons of water a day, allowing sunlight to penetrate so that foundations of the food chain, including eelgrass, can thrive. The oysters can also help in improving water quality, Nichols said.

“Fortunately, even though it’s near extinction in Southern California, it has enough remnant populations and larva supply,” Nichols said. “We hope that we can attract more and build a more stable zone for them to settle.”