A coalition of organizations came together, Sunday morning at Harvey Milk Equality Plaza, to call for the release of a Long Beach organizer charged with attempted murder after she drove her car into a crowd of counter-protesters in Yorba Linda, last month.

The Urban Organizers Coalition (UOC), a collective of more than 25 organizations, maintain that Tatiana “Tia” Turner, who was helping lead what was intended as a March4Equality, drove her car into a crowd of counter-protesters, injuring two people who were hospitalized. But, they said she did so unintentionally while attempting to escape a hostile environment and believed her life was in danger.

“Nobody in their right mind gets out towards a lynch mob,” said Jai Hudson, from the organizing group, Carry On Threads, referring to the counter-protesters seen demonstrating in support of President Donald Trump. 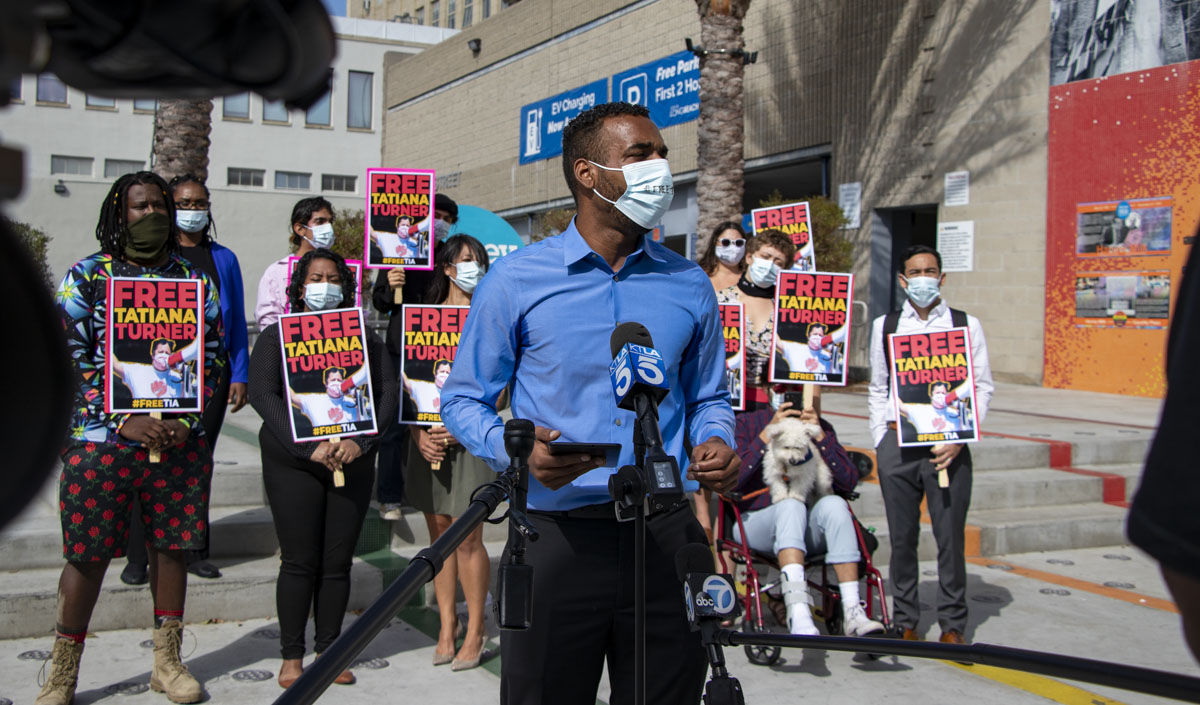 Hudson, as well as others at the press conference, said that Turner being charged with attempted murder is emblematic of the systemic racism that exists in the justice system. However, Orange County prosecutors, dispute UOC’s claim and maintain that Turner was in the wrong and that her actions warrant the charges as well as her $1 million bail.

She is being held at the Women’s Central Jail in Santa Ana.

UOC, which is gathering donations for Turner’s court costs, is demanding the charges against her be dropped or that there be a reduction in her bail. They also called for the arrest of anyone alleged to have threatened or assaulted her on that day.

UOC Director Anthony Bryson said the group is also calling for an investigation of the Orange County Sheriff’s Department, both internally and by the FBI. He added that his organization will organize a protest in support of Turner on Oct. 24 at outside the Central Jail.

After the press conference, Bryson invited the public to attend a gathering to celebrate the life of Dijon Kizzee, who was killed in an officer-involved shooting in South Central Los Angeles.

Editor’s note: This story was updated to show the correct date for the planned march outside the Central Jail to be Oct. 24.