A Long Beach activist entered Orange County’s most conservative city last month to lead a march denouncing police brutality and racism. In the end, she was driven away by deputies in handcuffs, and later charged with six felonies after driving her car through a crowd of people.

Whether Tatiana “Tia” Turner’s action was deliberate or an act of self-defense is a matter for the court of law. As for the court of public opinion, both the District Attorney and the organizations behind Turner are building opposing narratives as to what really happened on the afternoon of Sept. 26 in front of the Yorba Linda library.

Turner has enlisted help from prominent Los Angeles civil rights leader Najee Ali, who has routinely appeared on television after controversial police shootings. Her supporters have launched a social media campaign dubbed #FreeTia, demanding, among other things, that authorities release her, reduce her $1 million bail and charge the counter protesters who threatened her.

“We support the right to peacefully protest, but these are not peaceful protests,” Spitzer said. “These are organized protests that encourage others to engage in civil disobedience.”

“My advice,” he added, “stay away from these events. They are not intended to be peaceful.”

Turner has pleaded not guilty. She faces life in prison if convicted of attempted murder.

Online, activists call for racial equity every day, but anyone who refuses to see social media posts can make it all disappear with just a swipe or a click. However, on the streets, those around have no choice but to look.

“When we block traffic, that brings disruption to the status quo, people are in their cars, they begin to get upset, they look out to see what’s going on, and that sparks a conversation,” said Anthony Bryson, a spokesman for a collective of 25 organizations, also led by Turner, that have sustained demonstrations over the past four months.

One of the organizations, Caravan 4 Justice, has staged numerous protests in seemingly inhospitable areas of Orange County, where they’ve often clashed with police and counter protesters. They’ve filmed these clashes, which have included people shouting racist remarks at them, and even assaulting them. 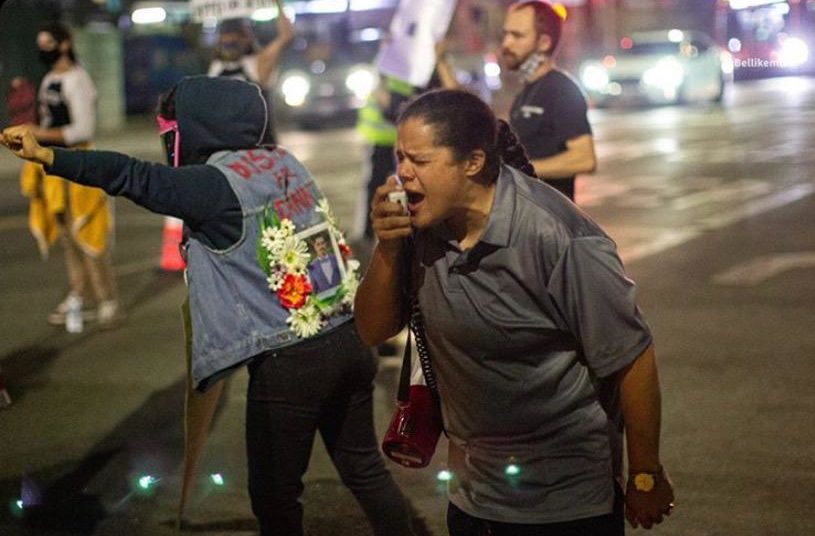 The group has successfully gained more attention by posting these clips on social media—as happened during a recent protest in Seal Beach, also in Orange County, in which a Long Beach middle school teacher brawled with protesters from Caravan 4 Justice.

In an attempt to reduce tension, Seal Beach police posted a video on their Facebook page before the event urging residents to be calm and not anticipate problems. The police official in the video said the protesters said they wanted peace and they didn’t seem like they were going to be violent.

Bryson said his group, Urban Organizers Collective, condemns violence—but they have “a 100% backing for self-defense.”

Spitzer, however, said the group teaches defensive tactics to counter police efforts to curb violence, and Turner’s group showed up to the protest at the Yorba Linda library with helmets, tactical vests, riot shields and tasers. At the same time, a larger group who supported President Donald Trump also showed up for a rally in the same area, and Turner, Spitzer alleges, pepper sprayed and wove a wooden baton at counter protesters.

Bryson said the group does not encourage mayhem such as looting or vandalizing. They do, however, bring riot gear such as gas masks, jock cups and helmets to protests as a means to protect themselves from both police and counter protesters, he said, and members also often notify police or sheriffs before protesting.

Throughout his experience protesting, Bryson said that police and sheriff deputies “have no hesitation” and regard for human life when pepper spraying, tasing or shooting rubber bullets at demonstrators.

Instead of trying to de-escalate tensions, “they’d rather referee the protest or let us go at it,” he said.

While the OC sheriffs said they tried to curb violence, Turner’s lawyer, Ludlow Creary II, said Turner asked deputies for help but was ignored, and only then drove her car into the crowd in Yorba Linda out of fear for her life.

The violence that taints a protest, one expert said, is something that most Americans “recoil” from.

“If your goal is to attract attention, then violence will sometimes result,” said Kennan Ferguson, who teaches about liberation movements at the University of Wisconsin, Milwaukee. “If your goal is to build community, then you are less likely to get violent.” 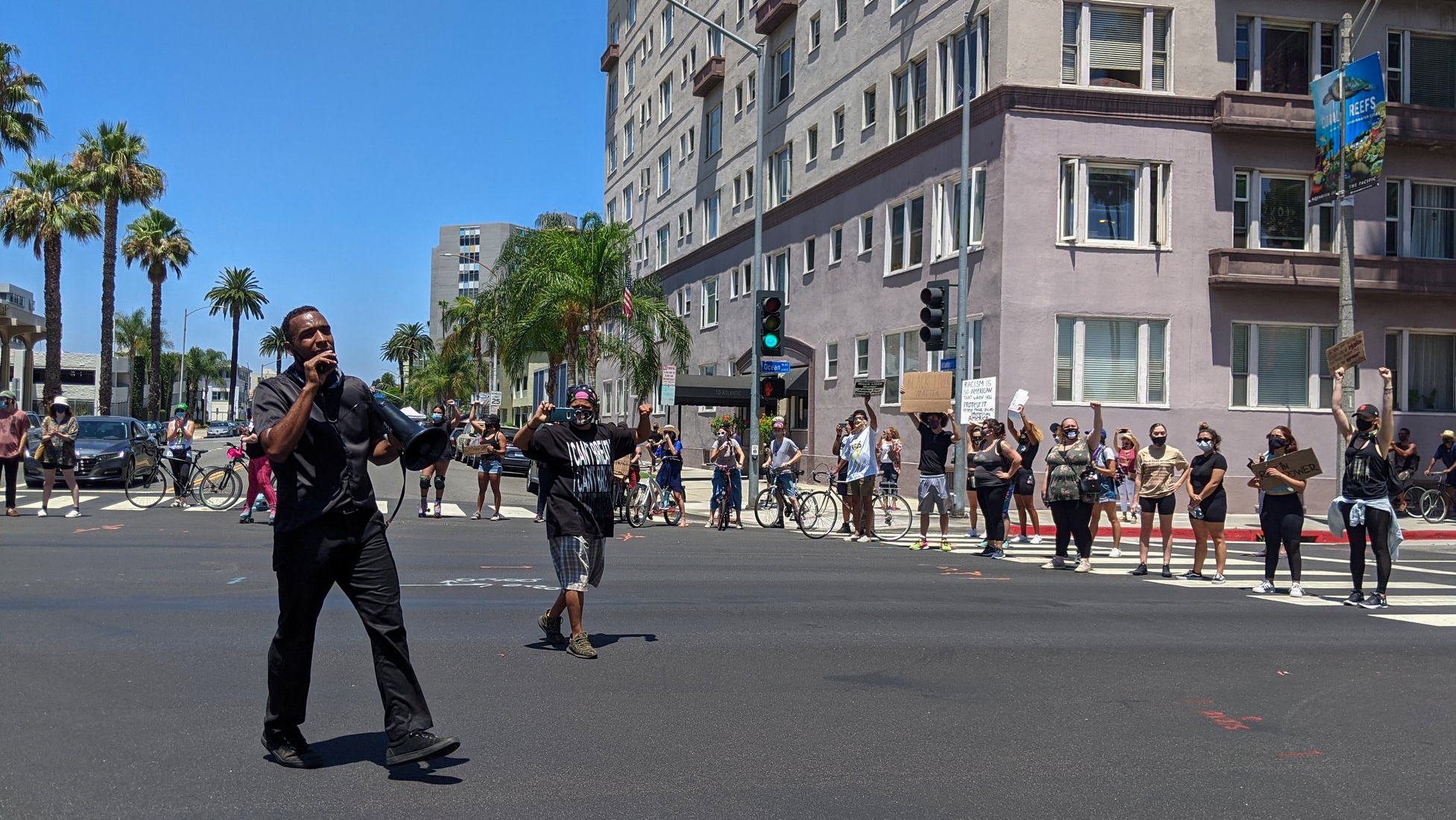 Anthony Bryson, left, and Tatiana “Tia” Turner, right, rally up protesters as they take up an intersection on Ocean Boulevard in Long Beach on July 26, 2020. Photo by Crystal Niebla.

Using cars as weapons has become more common since at least 2017, when a man plowed his car into a crowd of protesters in Charlottesville, Virginia. Another more recent incident occurred in Hollywood in late September, when a person drove a car through a crowd protesting the Breonna Taylor case.

Cal State Dominguez Hills political science professor Dave Dixon believes Americans prefer peaceful demonstrations, but some organizers have resorted to “extremely provocative protests to make people uncomfortable in places they enjoyed,” which some may categorize as lawlessness, he said.

Bryson, however, describes counter protesters as the true agitators, some of whom sent death threats to him and other organizers after the group publicized its Yorba Linda protest, he said. And substantially more death threats came after Trump said a white supremecist group should “stand back and stand by” at the presidential debate Sept. 29. Some people, Bryson added, stalk and film him outside of his Long Beach home.

“We were forced in that situation by an enemy combatant, who, by the lack of better words, had a complete go-ahead by the president,” Bryson said.