Realtors and real estate websites have taken to calling East Long Beach “The East End” in recent months, perhaps to avoid the confusion that’s existed since the 1960s between the Eastside and East Long Beach, but perhaps also to indicate that houses in the area are approaching and occasionally surpassing the million-dollar mark and that the sprawling area is deserving of a tonier name.

Long Beach’s Eastside was once the area that, simply put, was east of the Westside, and the name has largely fallen from use as the neighborhood has been carved up into dozens of neighborhoods with their own styles and identities over the years, such as Rose Park, the East Village and Zaferia.

The vast majority of homes in the area—thousands of them—sprung up in an explosion of development and construction from the post-war 1940s to the mid-1950s. They were, for the most part, two- or three-bedroom homes and one- or two-bathroom tract homes. Cookie-cutter houses was the elitist term for them, and they were meant to be affordable for the families of workers in the aerospace and shipbuilding businesses who were settling here, starting the baby boom of the years following World War II. The homes started at $9,500 in the Los Altos area and $8,650 farther north in the Plaza neighborhood.

And now? Let’s just say if you’ve budgeted for a million dollars, you’ll be lucky to have enough left over for a couple of lawn chairs and a credenza. People who bought them in the early- to mid-1950s—and there is a smattering of original buyers in the area—as well as even people who bought them 20 years ago, are staggered by the prices their houses are fetching now, with median prices over $900,000, and a handful of places now getting more than $1 million, particularly those in the Cliff May Ranchos neighborhood, where one house sold last year for nearly $2 million.

“The climb in prices has settled down a little,” said Realtor Joe Sopo who, with his wife Linda, specializes in the area. “Sellers aren’t having to remove contingencies like they were doing last year, but the homes are still generally selling for above asking price.”

Part of the increasing home values is due to the area’s good schools, low crime, parks, plentiful amenities and lack of apartment buildings. Residents here look askance at anything infringing on their single-family-home lifestyle.

Here’s a look at some of the homes on the market on the, shall we say, East End. They’re all three-bedroom, two-bath homes, mostly on proverbial tree-lined streets; none over 2,000 square feet in size.

This home at 3939 Karen Ave., listed by John Maseredjian of John Hart Real Estate, is in the northeast section of the East End, near the intersection of Carson Street and Studebaker road, putting it almost equidistant to Heartwell and El Dorado parks, as well as a brisk walk to the Towne Center. 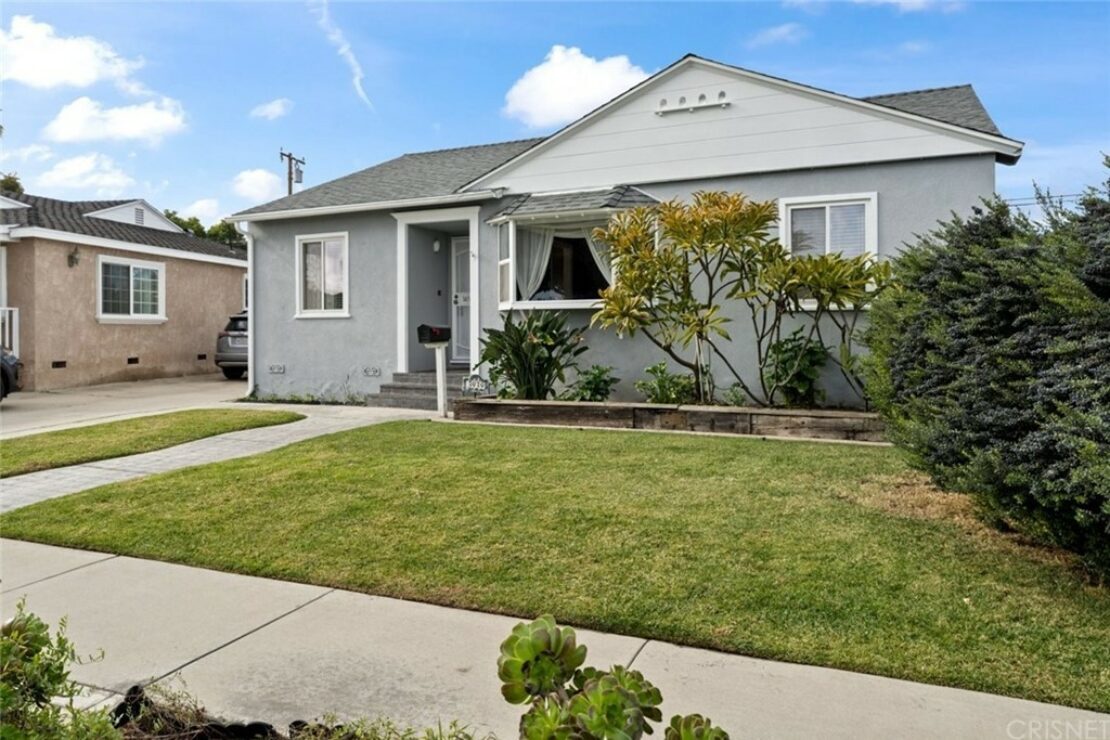 Improvements over the years include the addition of a large family room, a walk-in closet in the master bedroom and granite countertops. The home’s 5,534 square-foot lot allows for a big, though not landscaped, backyard. Maybe the nicer way to say it is the backyard is ready for your excellent gardening skills.

Another Maseredjian listing is at 5930 Deborah St. With an asking price of a little over $1 million, the home’s standout feature is a large, fully paneled family room with beamed ceilings adjacent to the open and renovated kitchen. 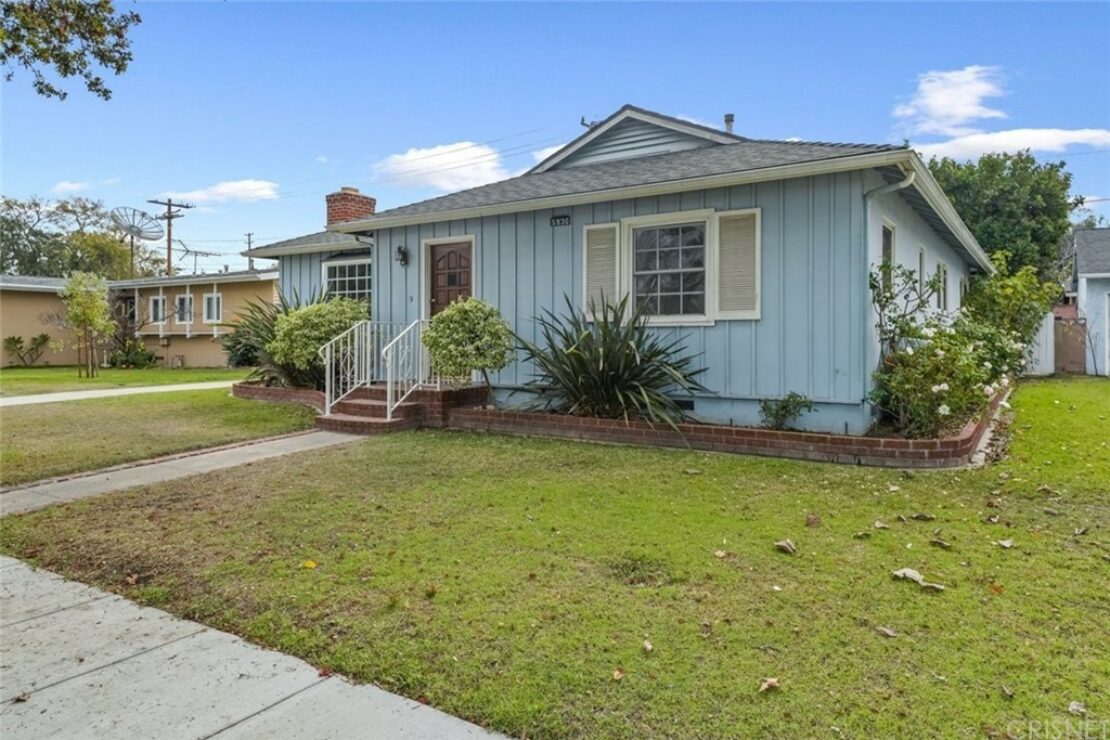 A three-bed, two-bath home on Deborah Street in East Long Beach is listed at a bit over $1 million. Listing photo.

Like all of these homes—and most in East Long Beach—it has a fireplace, and this model has wood laminate floors in every room.

Close to CSULB and steps from award-winning Minnie Gant Elementary and Whaley Park (named for Lloyd Whaley, who pioneered the development of East Long Beach), this largely renovated pool home at 1891 N. Britton Drive in Los Altos is listed by Realtor Debbie Felix of Seven Gables at $1.199 million. 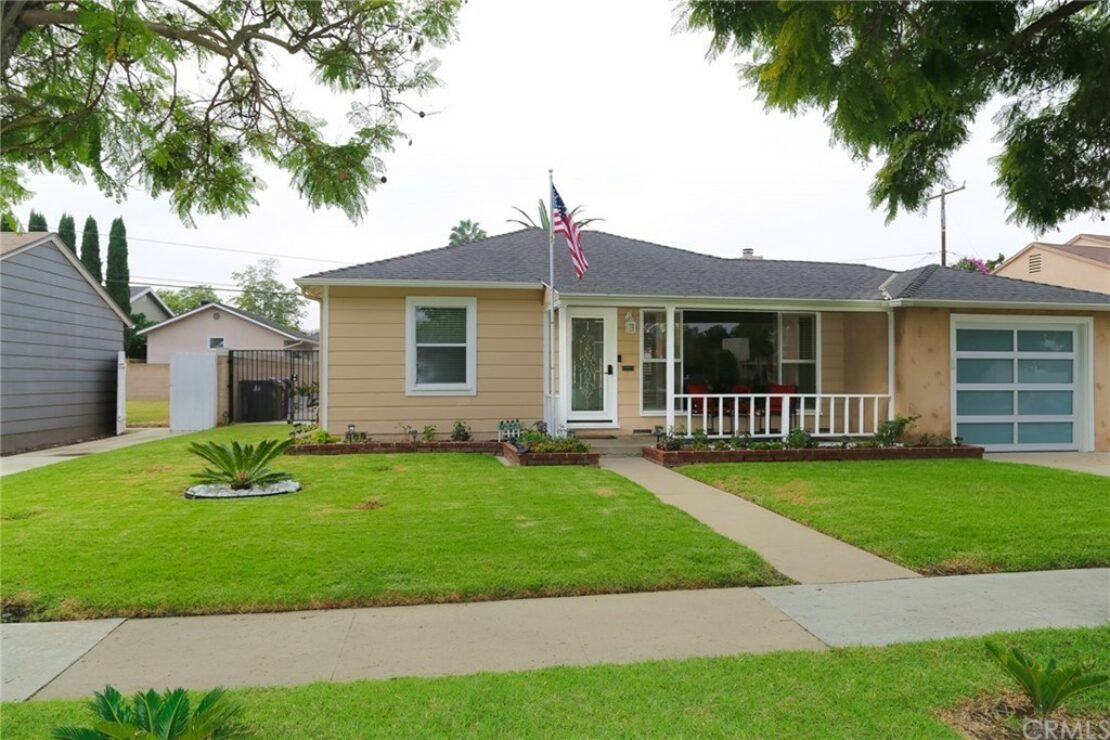 A pool home on Britton Drive is on the market for $1.2 million. Listing photo.

This home has been upgraded to the extent that its floor plan has strayed far from the stock model, with an open added family room flowing into the kitchen. Other upgrades include electrical and plumbing throughout, complete flooring, recessed lighting, air conditioning and upgraded bathrooms and kitchen. The large swimming pool and patio are a great centerpiece for outdoor entertaining.

Realtor Vilma Hernandez has listed a home in the Plaza at 6822 Keynote St. for $950,000. For curb appeal, there’s the trademark white picket fence. Upgrades include recessed lighting in the living and dining areas as well as the kitchen and hallways, and a newer roof and windows (about a year old). An earlier remodel merged two bedrooms to create a large master suite. The home is close to El Dorado and Heartwell parks. 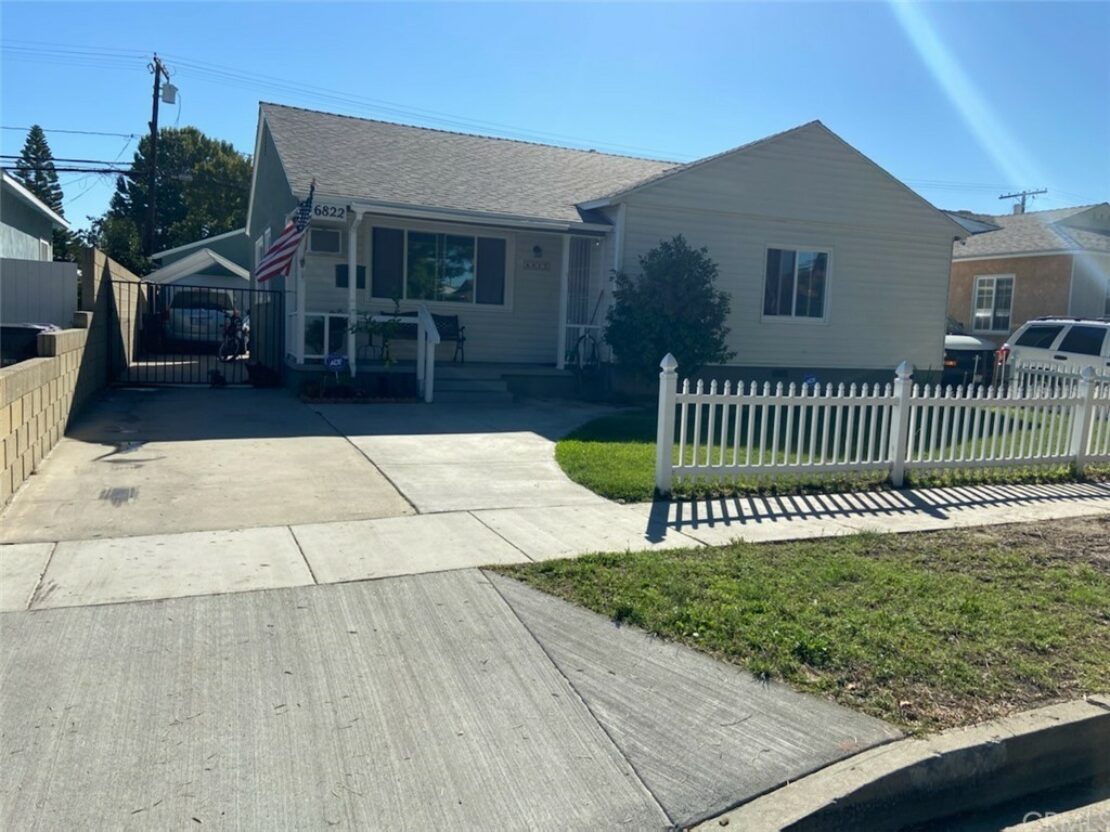 A home on Keynote Street near two Long Beach parks is listed at $950,000. Listing photo.

If you like living dangerously, there is an unpermitted bonus room that can be used for guests, an office or playroom that’s not included in its reported size of 1,474 square feet.

Going out with a bang, this classic Cliff May in the Ranchos tract east of Studebaker is listed by Realtor Kelsea Mazzocco of First Team at $1.4 million which, if style is your top priority, isn’t a ridiculous price these days.

The house, at 7213 E. Lanai St., is a perfectly restored and preserved mid-modern Cliff May, with a great outdoors, virtually doubling the home’s larger-than-average 1,851 square feet of living space, weather permitting, and it usually does. The property is dotted with conversation and party spaces, including a raised deck and fire pit. 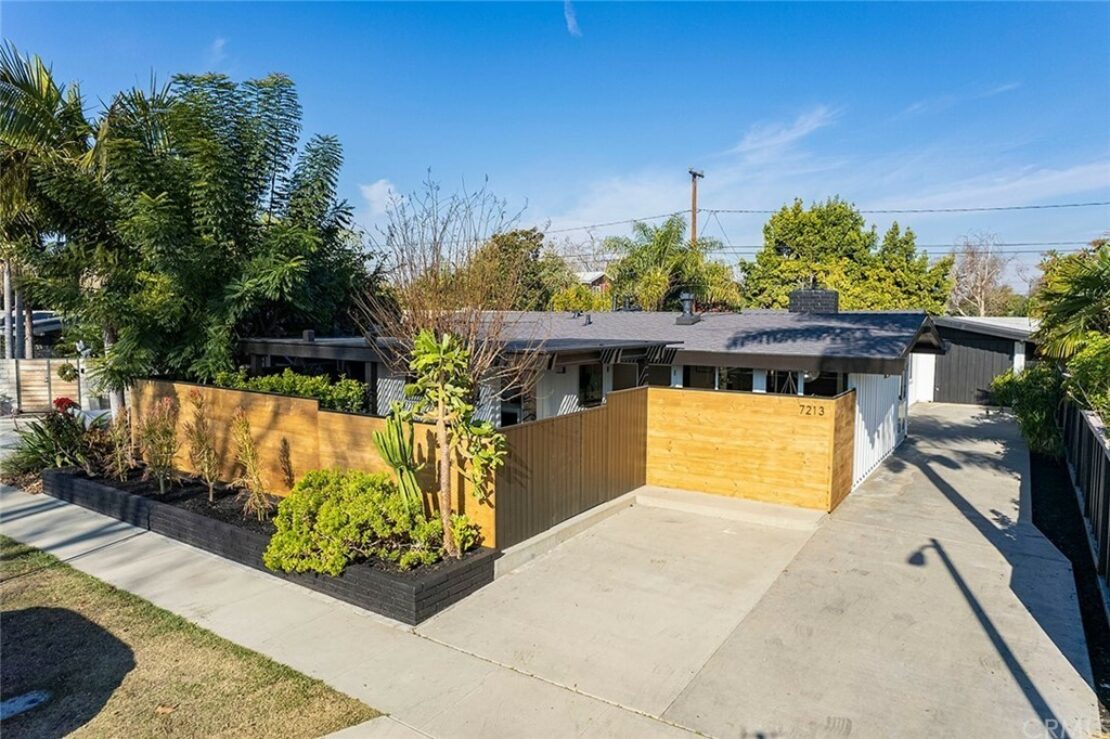 A beautiful example of a Cliff May Rancho on Lanai Street is on the market at $1.4 million. Listing photo.

The kitchen is wide open and anchored by a large island and featuring birch and maple cabinetry and quartz countertops.

As always with Cliff Mays, there is little separating the indoors from the exterior, and this home, a great example of the style, has inviting mature trees and foliage to accentuate the feeling of living comfortably with nature.