The city received a building permit application to construct a two-story multi-unit housing structure over a commercial parking lot in West Long Beach, causing some opposition from local residents.

Currently, the roughly 2,700-square foot property at 1900 Willow Street is fenced off, which had served as a space for the customers of some of the six adjacent businesses. These businesses include two retail spaces, two bars, a restaurant and a barber shop.

Records show the city received a building permit application to construct the duplex, and each of its units would have three beds and two bathrooms with an attached two-car garage. However, the project applicant, Gilbert Ayala, plans to build four units, not two, including eight parking spaces within garages plus two more outside of the structure.

However, after hearing plans of the proposed project, about 30 protesters converged on a recent weekend outside the lot, leaving signs posted on the fence outside and having gathered petition signatures.

Landscaping equipment retailer Leo Gonzalez said that he’s seen his clientele dwindle when the parking lot was fenced off about a month ago.

“It’s bad,” Gonzalez said in Spanish, owner of General Supply, one of the six businesses adjacent to the lot. Gonzalez added that he was oblivious to the project plans. 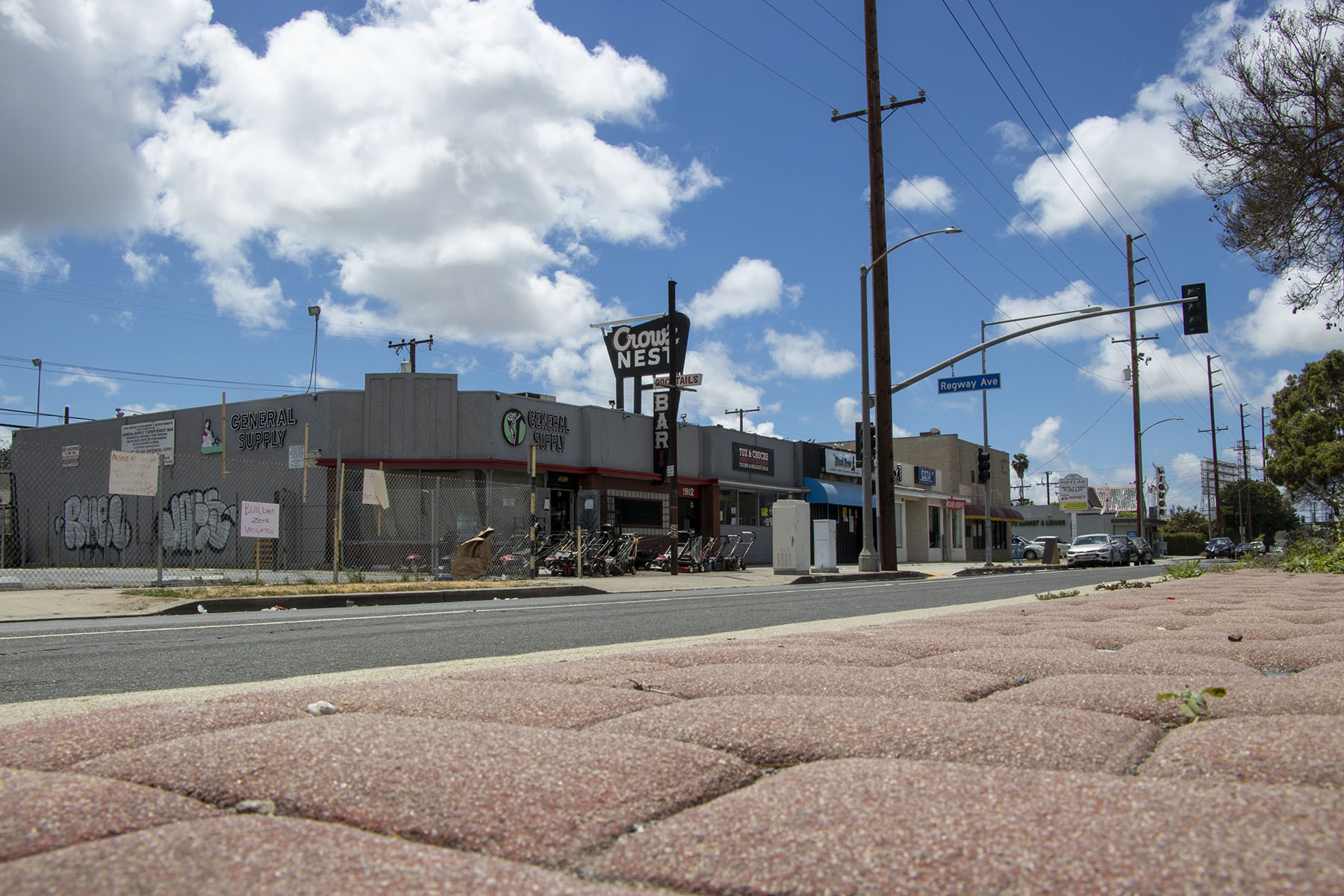 Francisco Villalpando, a kitchen worker at Tux & Chucks Street Food, another business, said that as an employee, he has to park sometimes two blocks away. The restaurant has also seen fewer customers, he said.

“We already have limited parking as it is,” he said. “It’s just making it worse.”

Aside from limiting parking for the businesses, local Westside residents against the proposed project say the recent closure of the parking lot is causing a ripple effect to the nearby residents who struggle finding street parking near their homes.

John Cross, president of the West Long Beach Neighborhood Association, lives near the proposed project site and anticipates his neighbors will struggle even more once the housing structure is built.

County assessor’s office records show that the parking lot was purchased for more than $200,000 in June 2020, which, John Taeleifi, who is leading the opposition, said should not have been done at the height of the pandemic when businesses across the city were struggling.

But Ayala, the property owner and a former Long Beach resident of six years, said that he fenced off the parking lot because the city’s code enforcement staff warned him that he would be fined if he did not keep it clean.

Often, Ayala said, he found broken bottles, human feces and trash on the lot. He also alleged that the adjacent landscaping equipment business used his lot for storage.

Gonzalez, owner of the business, denied storing lawnmowers in the lot but did say he stored a pile of dirt there.

Overall, Ayala said those who used his lot just didn’t take care of it.

“They’re just upset because they want to use my parking without paying any compensation,” he added.

City officials did not immediately provide details on the timeline of the project, but the project “is allowed by the zoning by right,” Patricia Diefenderfer, planning bureau manager, said via email.

Regardless, Ayala, of Fullerton, said that he still needs to gather more money before he can start building.

“I don’t have that much money like they think I do,” he said about those opposing the project.

Villalpando, the restaurant worker, said that this housing structure might push out the local businesses that are trying to bounce back from the economic hardships caused by the pandemic.

“I just feel like it’s a little bit of gentrification happening,” he said.