A man shot to death by Long Beach police on Saturday night was a 26-year-old resident of Corona named Anthony Loia, authorities said.

“He was a son, a brother, an uncle, a father, a friend,” his sister Raina Menezes said through tears, adding that Loia was an avid sports fan, particularly of the Lakers and Raiders.

Loia was in Long Beach to see his two children, ages 2 and 3, Menezes said.

Menezes said she did not know exactly why Loia ended up at a park near 14th Street and Magnolia Avenue where police allege he was pointing a gun at people and passing cars around 9:15 p.m. Police say they gave Loia multiple commands to drop the weapon before five officers fired at him. Officers performed CPR, but Loia died at the scene, the LBPD said in a statement. 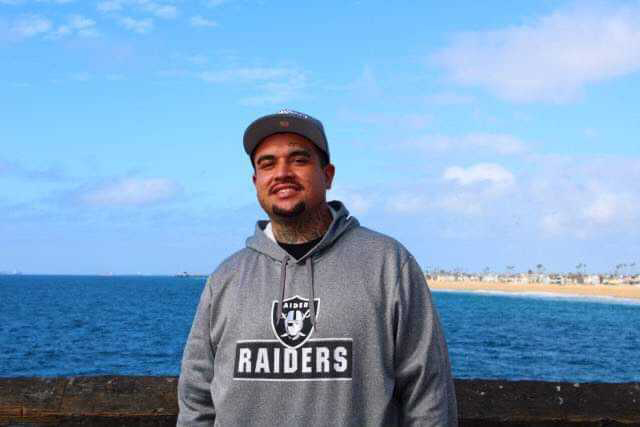 All the officers involved were wearing activated body cameras and footage is being reviewed, according to the police statement. Thanks to a recent state law, police will have to release footage of the shooting within 45 days.

Detectives notified Loia’s family about his death on Sunday, said Menezes, who added that Loia has had previous run-ins with law enforcement but did not wish to speak further on the topic.

In September 2018, Loia was convicted of felony evading arrest and assault with a deadly weapon against a police officer or firefighter, according to Riverside Superior Court documents.

“My brother was not perfect,” Menezes said. “But even though he was a big, tall guy, he was really kind, caring, loving and gentle. He had a smile that could light up a room.”

The grieving process for the family is challenging due to the pandemic, Menezes said, noting the need to remain socially distanced for safety. The family is collecting donations to cover funeral expenses.

Police said they were quick to respond to the call about Loia in part because he was walking in a neighborhood that’s seen a spate of violence recently. Since Jan 1, there had been five shootings in a five-block radius, the LBPD said.

With 381 shootings in 2020, overall gun violence has risen dramatically in Long Beach recently, increasing about 64% over the previous four-year average of 232 shootings per year.

“It’s concerning to me to continue to see the spike in violence, especially shootings,” said Councilwoman Mary Zendejas, who represents the area where Loia was shot. 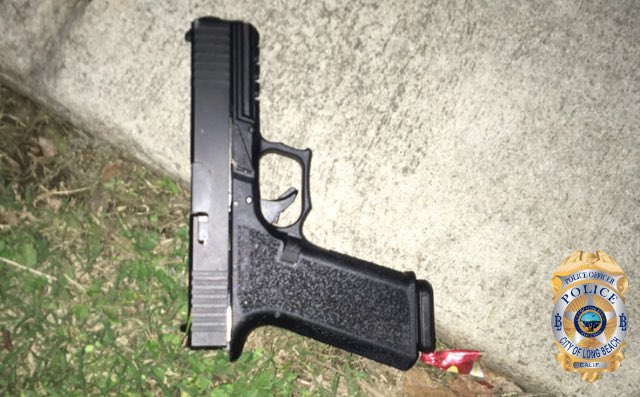 Earlier this month, Zendejas brought an agenda item before the City Council asking police why shootings have surged and what actions they’re taking in response. The council voted unanimously to direct the police department to provide a report within 30 days.

Following the massive protests last year against police brutality, Zendejas has also been outspoken about the need for police reform. She said she is an advocate for police officers to cultivate better relationships within the communities they serve, a task made difficult due to the onset of the pandemic. But better relationships would allow for communities to remain safe while not being over-policed, Zendejas added.

“It’s a very fine line to walk,” Zendejas said. “I have to be the voice of my residents and right now they feel unsafe and are asking for more public safety. We need to collaborate in ways that we can have reform in our police department and create those relationships.”

Saturday’s incident is the first time Long Beach police have shot someone in about 11 months, with the last occurring on March 30. In all, there were four times police shot someone in 2020, one more than in 2019.

Despite the slight increase, the number of police shootings in 2020 was about half that of recent years, according to police data. In 2015, there were nine officer-involved shootings, followed by eight incidents in both 2016 and 2017. The number of times LBPD officers shot someone decreased to four in 2018.