City engineers are preparing to recommend lowering the speed limits on some Belmont Shore residential streets to improve safety conditions in the area that has narrow streets and lots of pedestrian activity.

Proposed changes to the speed limits in the area as well as other street improvements in the neighborhood were discussed during a public meeting Monday night hosted by Councilwoman Suzie Price who represents the area.

City traffic engineers explained that affected area would stretch from Belmont Avenue to Claremont Avenue with Ocean Boulevard serving as the southern boundary and Livingston Drive and The Toledo as the northern boundary.

If approved by the City Council in the coming weeks the speed limits on those streets could be reduced to 15 mph from the current 25 mph.

Paul Van Dyk, an engineer with the city’s Public Works department, said that the city conducted special traffic studies in order to reset the speeds on those streets, which were set by state traffic laws.  Speeds were measured by city crews who observed cars traveling under the posted speed limit but still at speeds that seemed unsafe to those conducting the survey, Van Dyk said.

“To everyone standing on that corner it seems like they’re going way too fast for this local street,” Van Dyk said.

Streets like Granada Avenue, Second Street and Bay Shore Avenue would not have their speeds reduced because they have two lanes of traffic.

Van Dyk said that the list of streets is likely to be presented to the City Council by next month and the new speed limits could be posted and enforceable by the end of the summer. 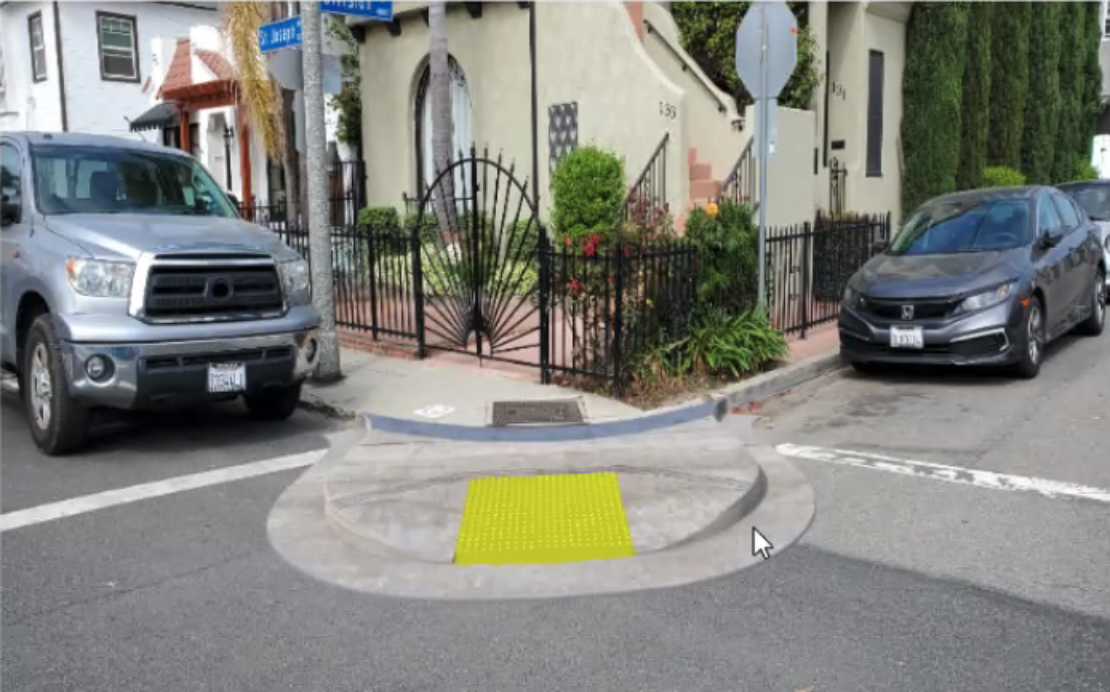 An example of what new curb improvements could look like along Division Street in Belmont Shore.

The city is also in the process of making improvements to curb-cuts along Division Street. The planned improvements were forced by a recent settlement that the city entered into as a result of some city walkways not being compliant with the Americans with Disabilities Act.

A total of 44 curb-cuts at 11 intersections along Division Street are expected to be improved to allow better pedestrian access with a projected cost of $880,000. Construction could start as soon as November, according to city officials.

The city plans to complete its first segment of the project at the intersection of Saint Joseph Avenue and Division Street before completing improvements to all 44 corners of the project area.