Family, friends and neighbors on Monday mourned the death of an 18-year-old Long Beach woman named Crystal Gonzalez, whom police say was shot to death by the man she was dating.

Gonzalez, who had been in critical condition since the shooting on Wednesday in Rose Park, died over the weekend, and the Long Beach Police Department notified the public of her death on Monday afternoon. The suspected shooter, 22-year-old Luis Oros, has been charged with murder, according to the Los Angeles County District Attorney’s Office.

Gonzalez’s family said that Oros and Gonzalez were dating and lived together in an apartment with Oros’ mother. Family members said Monday that they were unsure what led up to the shooting. Police said only that Oros allegedly shot the gun during an argument. 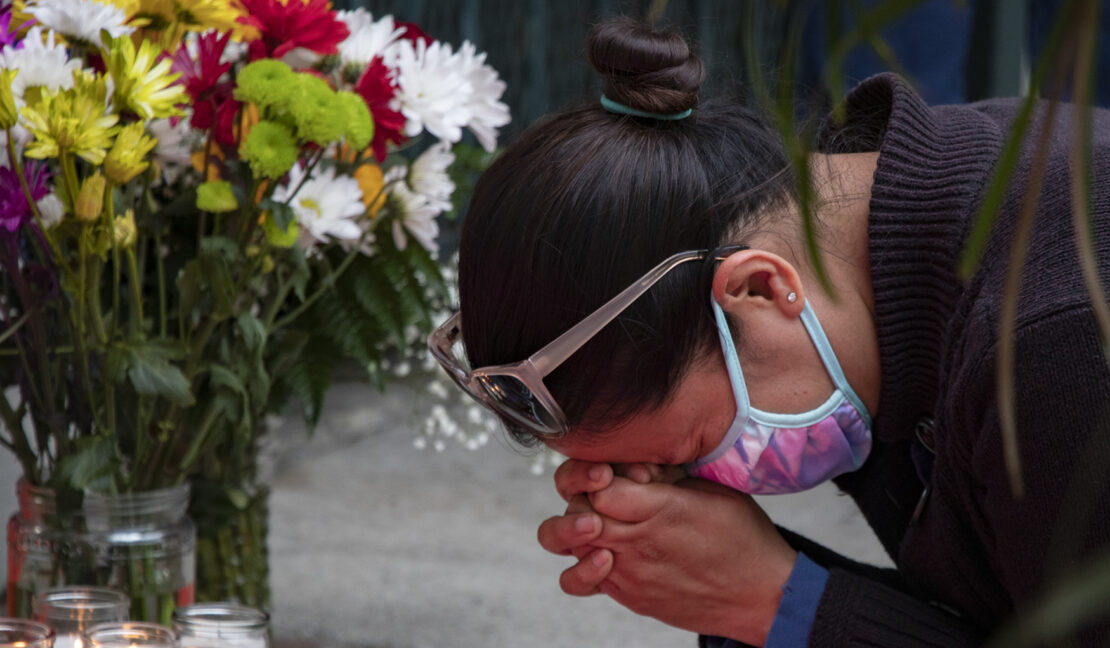 Maria Gonzalez, mother of Crystal Gonzalez, weeps at a vigil outside of a Rose Park apartment in Long Beach on Monday, June 7, 2021. Photo by Crystal Niebla.

More than a dozen people gathered outside the apartment building on Dawson Avenue Monday, leaving candles, flowers, prayers and tears.

Her 21-year-old sister, Amanda Sandoval, said Crystal had been in trouble in the past—ending up in a juvenile detention center for a time—but she got her life on track by graduating from an online high school and heading to Long Beach City College. 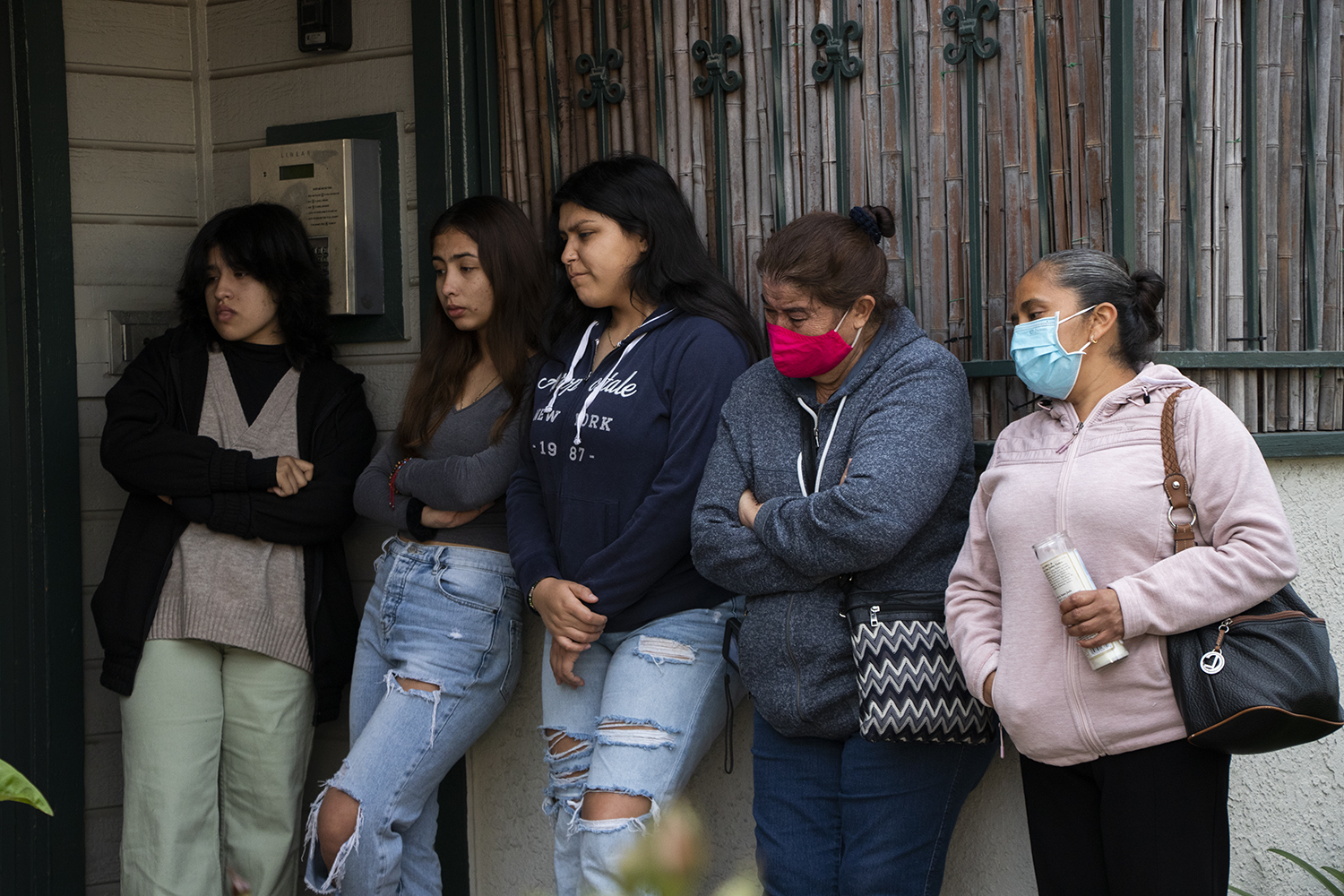 Loved ones gaze upon a vigil for Crystal Gonzalez outside of a Rose Park apartment where she was shot. Photo by Crystal Niebla.

“I’m just so proud of her,” her father, Conrado Sandoval, said. “She changed for the best.”

“She would motivate me to go to school,” Corona said. Corona said Crystal Gonzalez wanted to be a nurse.

Sandoval said she remembers her sister for being independent and a “little hustler.”

Maria Gonzalez wept as she said her daughter’s death “took a big chunk away from my heart.”

The Gonzalez family is raising money for a funeral through online fundraisers, one provided by Crystal’s sister, Amanda Sandoval, and another by her aunt, Evangelina Navarro.

Editor’s note: This story has been updated with an additional fundraiser.