Woman killed in hit-and-run was homeless veteran who grew up in Long Beach, daughter says • Long Beach Post News
- ADVERTISEMENT -
Help us light up the city; Add your home to the 2022 Holiday Lights map. CLICK HERE

Krystal Peace put together a small vigil for her mother, Stephanie Jackson, at the site of a fatal crash near the corner of Cherry Avenue and Del Amo Boulevard on Saturday. After years of hearing her mother deny she was living on the street, visiting that corner and seeing a shopping cart of her personal belongings made it real for her, Peace said.

Before her death, whenever Jackson visited friends or her daughter, she wore nice clothes, hats—often color-coordinated—and styled her hair short to “trick” everyone into believing she wasn’t currently homeless, Peace said.

“Not even a dirt mark on her shoe,” Peace said.

When Peace would see her 54-year-old mother thin, she’d make sure she was eating and asked if she needed a place to stay. Jackson always denied there was any problem, according to Peace.

“I can’t do nothing but give her props for that,” Peace, 36, said. “It takes a very strong person to go to the lowest of the low and put on that face and put on them clean clothes every day—and you not even notice.” 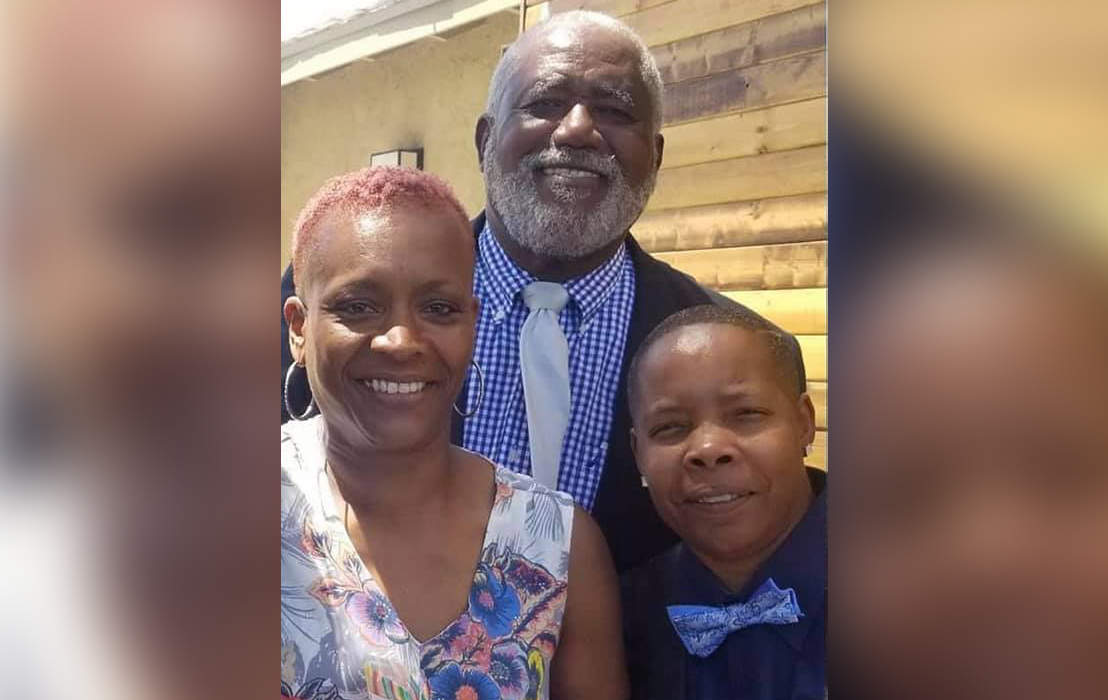 Peace’s mother was about to start a new job as an addiction counselor at a local treatment center, but that prospect was cut short Friday morning when Jackson was killed by a hit-and-run driver who seemed to have lost control of the vehicle and crashed into a temporary fence, police said. There, they found Jackson unresponsive. They believe she was asleep on the ground at the time she was hit.

Jackson had deep roots in Long Beach, according to her longtime friend, Michele Dobson, who is a prominent local attorney.

“She was the life of a party,” said Dobson, who grew up with Jackson in West Long Beach. “She was hilarious.”

She first met Jackson as a little girl when she and her parents moved in at Taper Street and Delta Avenue in the ‘70s. Jackson lived across the street from Dobson. They did almost everything together, from ushering and singing choir at St. Luke Holy Baptist Church to taking swimming lessons and eating free lunches at Silverado Park.

“She had a joke, and she had a hug for you,” said Synthya Batiste, who also grew up with Jackson.

At around 18 years old, just after graduating from Wilson High School, Jackson gave birth to Peace and went on to join the Army, according to Peace. Military officials couldn’t immediately verify Jackson’s service record, but both Batiste and Dobson also said she joined.

Jackson told friends about being a victim of sexual assault in the military followed by an honorable discharge and a cascading series of problems that followed.

When Jackson’s father died, she “self-medicated with illicit drugs” shortly after, Dobson said.

In 2017, Jackson fell further into depression after “losing the love of her life,” Willie, her fiance, who died from liver cancer, according to Peace. “She watched him disappear.”

Jackson, who lived with Willie, then became homeless. She slept in public bathrooms and parks in Long Beach. 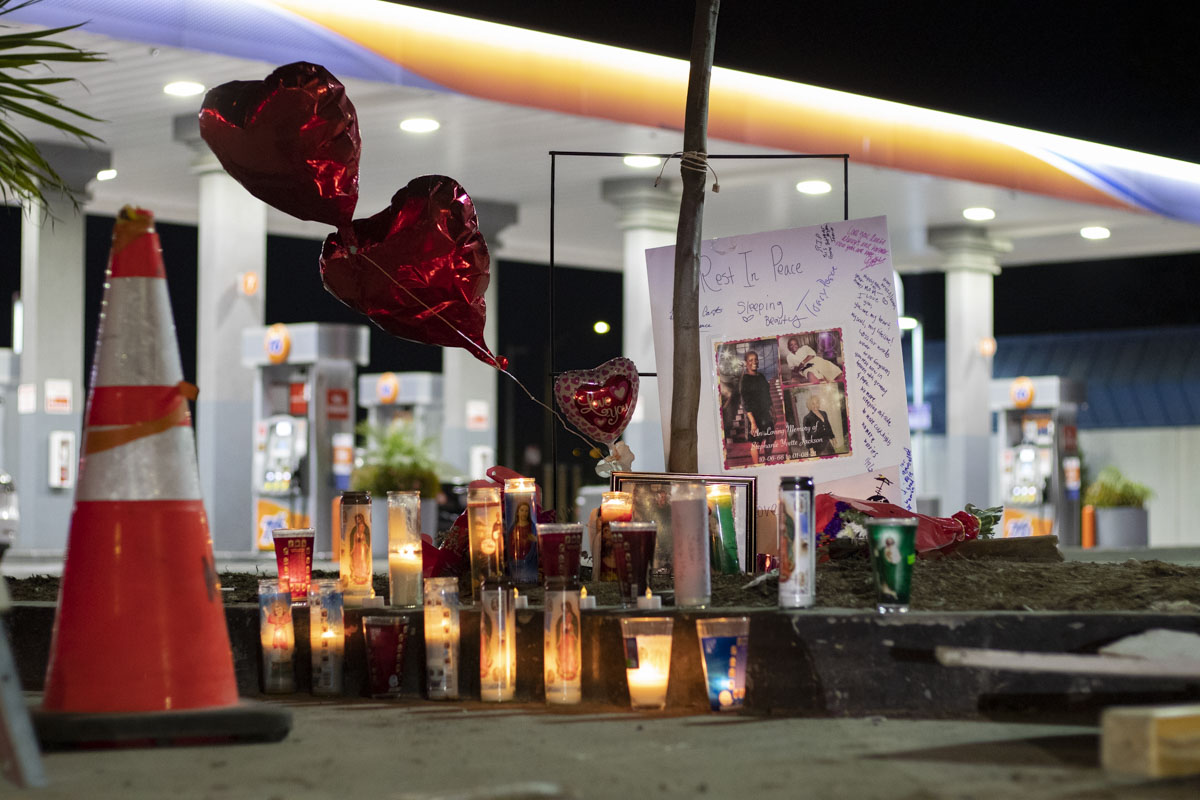 A collection of candles and photos honoring Stephanie Jackson, 54, sits on the corner of Cherry Avenue and Del Amo Boulevard on the evening of Sunday, Jan. 10, 2020. Police said Jackson was asleep on the ground when a hit-and-run driver struck and killed her Friday morning. Photo by Crystal Niebla.

Jackson often confided in her friends. While she and Dobson lost touch, Jackson would always find her, according to Dobson. She would send letters to Dobson’s law office to set up a meeting. They’d have a meal together and Jackson would ask for legal advice.

“Our lives have taken different directions, but when we see each other, it’s like no time has passed,” Dobson said.

Dec. 28 was the last time Peace saw Jackson. That day, Peace refused to store another bag of personal belongings for her mother. They argued and Jackson left on her bike. Peace wonders whether her death would’ve still happened if she took that bag.

Peace and Batiste, the childhood friend, are working to get proof that Jackson was indeed honorably discharged from the Army in the hopes that she’ll get a military burial, they said. Whether she gets it or not, Peace is hoping to raise funds for funeral costs.

“I want to put her away right, with a hat on, just that way she would have wanted,” she said with her voice trembling.

“Even though she felt like she didn’t mean nothing to nobody, … at least the military can vouch for my mom.”