The eviction moratorium is set to end this month; here's what renters, landlords can expect • Long Beach Post News
- ADVERTISEMENT -

Joel Trujillo owes more than $8,000 in rent, is out of a job, and is running out of options.

He recently had a stroke and is taking medication for his diabetes and high blood pressure. The stress of the overdue rent only makes his symptoms worse.

The 51-year-old Downtown Long Beach resident applied for the city’s Emergency Rental Assistance Program in April. But as the Sept. 30 deadline for the state and local eviction moratorium approaches, he hasn’t yet received a single payment.

“I don’t know what to do,” Trujillo said in Spanish.

Trujillo is just one of many tenants across California who are thousands of dollars behind on their rent and could end up on the streets starting Oct. 1.

“Tenants are extremely concerned that they are going to be evicted and rendered homeless,” Barbara Schultz, director of housing justice for the Legal Aid Foundation of Los Angeles, said. “A lot of tenants still need the protections going forward that are no longer going to exist.”

A recent analysis of California’s rental debt from Policy Link, an Oakland-based research firm, found that over 246,000 homes are behind on rent in Los Angeles County, with residents owing a cumulative $867 million.

But it seems that eviction protection for tenants will no longer be there as the California Legislature adjourned for the year last week with no action to extend the moratorium. Los Angeles County officials have not implemented an extension either. The local ordinance in Long Beach was only extended into late July and since then depended on other local moratoriums.

Shultz and many other tenant-rights advocates and advisers who have been assisting renters since the start of the pandemic have described the anticipated evictions as a tsunami that is looming on the horizon.

She added that families who are still catching up from the economic hardships of the pandemic will be particularly affected by evictions.

“It’s going to be hard for tenants to assert a defense without defense attorneys,” Shultz said. “There is a shortage of defense attorneys as the demand for help navigating eviction processes grows.”

Some organizations that support both small- and large-scale landlords have disputed the tsunami analogy.

Fred Sutton, vice president of public affairs for the California Apartment Association, said those who will likely receive eviction notices are renters who did not take action to apply for government programs provided throughout the pandemic.

“You hear a lot from certain groups about this ‘tsunami,’” Sutton said. “That’s completely overblown.”

Sutton added that statewide protections intended to keep people in their homes during the pandemic added more pressure to landlords who were expected to provide housing, but as people stayed home, maintenance costs have gone “through the roof.”

Despite the disagreements over the state of rental housing, one thing both organizations agree on is that tenants and landlords should still apply for rental assistance programs before the Sept. 30 deadline.

In Long Beach, the window to apply will remain open after Sept. 30.

Shultz said that a tenant faced with an unlawful detainer notice to evict a unit can use a pending or approved rental assistance application as a defense to stave off eviction. Sutton said the communication to landlords since the beginning of the pandemic was always to work together with tenants to apply for rental assistance.

“There is no reason anyone should face evictions if they applied for assistance,” Sutton said.

However, both landlord consultants and tenant-rights advocates have called the process confusing and the rate at which money has been dispersed has been painstakingly slow. 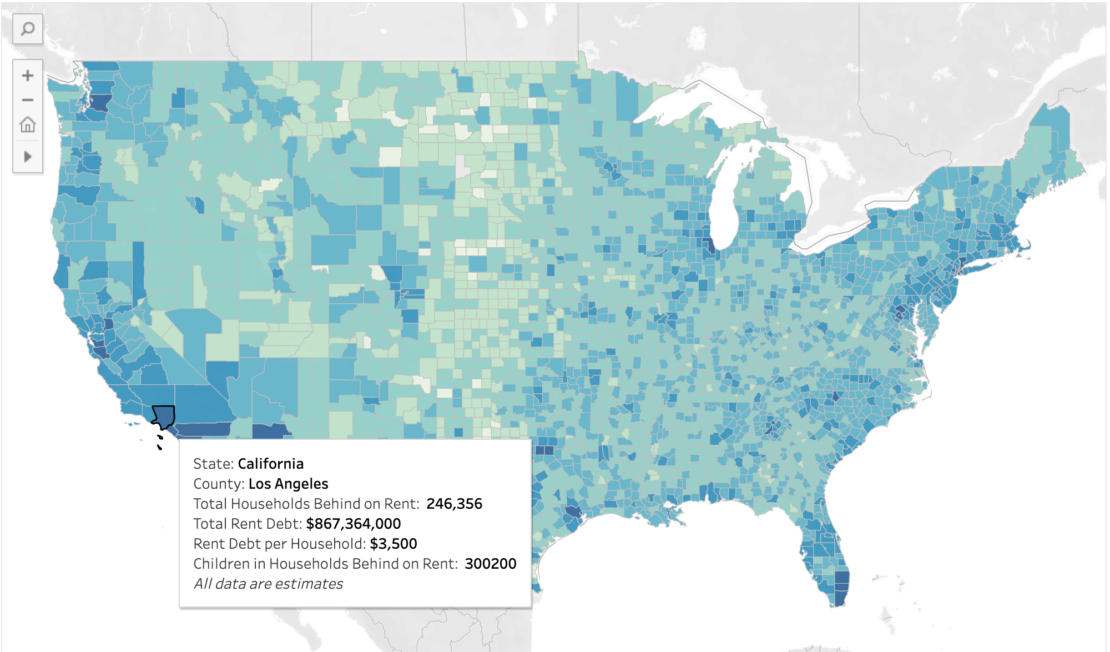 According to the Policy Link analysis, the Department of Treasury allocated over $2.6 billion to California for emergency rental assistance. So far, just 22% of the funds have been distributed, about $587 million.

A recent state audit also found that California is at risk of forfeiting millions of dollars meant to keep renters in their homes. The state’s Department of Housing and Community Development is obligated to disperse about $1.4 billion, or 81% of its first round of federal funding, according to the audit. If it does not send more money to renters before the end of the month, the department “may lose up to $337 million of its remaining unobligated funds,” the report said.

Locally, Long Beach has received 8,767 applications with varying degrees of completion, which may include duplicate applications from the same household for its Emergency Rental Assistance Program, said Development Services spokesman Richard de la Torre. Of those applications received, 2,394 have been approved and 6,135 are still under review.

The city had received a total of $64 million for the program. As of mid-September, $17.5 million had been distributed, de la Torre said.

City officials did not provide a clear answer as to why dispersal of funds has been slow for some.

The city’s Development Services Department’s Housing and Neighborhood Services Bureau has provided in-person help and contracted with nonprofits to assist all who applied for the rental assistance program. According to city officials, Long Beach has paid or is in the process of paying for over 65% of its allocated state and federal program funds.

“Long Beach is above average among jurisdictions across California, including the state, for funds distribution, according to the U.S. Treasury,” the city said in a statement.

Along with the slow dispersal of funds, advocates said the process to fill out applications is challenging for renters with language barriers and for those who are not tech savvy.

Hilda Gaytan, president of Puente Latino Association in North Long Beach, was contracted by the city earlier this year to host virtual workshops on social media to teach renters how to apply for the city’s  Emergency Rental Assistance Program. She helped them find links to download the required documents to apply and provided paperwork for people to self-attest their income—which is needed to apply for the program.

She said approximately 60% of the people who came to her for help lived in the city’s 90813 ZIP code in Central Long Beach, which has a densely packed renter population.

She said the people who struggled the most to understand the application process were single mothers or fathers who worked in the services industry such as cleaning homes or offering their services outside warehouse stores.

An example she gave was that many of them don’t provide an income on their application because they are not paid in a steady stream of paychecks they believe they don’t have to report the money they do make.

“If you get paid $20, that is your income,” Gaytan explained. She said it could take up to three or four hours spread across multiple days for someone to gather all their paperwork required for the application. Other barriers, such as lack of access to email, can all delay the process for families who live paycheck-to-paycheck and are not aware of the aid available to them, according to Gaytan.

Dina Berg, executive director of nonprofit Heart of Ida, was also contracted by the city to help seniors apply for rent relief, but that contract ended in July. She said workers processing the applications often request more paperwork or say the documents provided are not sufficient. This becomes a challenge for people her nonprofit helped who now have to come back to her to sort out missing paperwork.

It’s those challenges that Shultz said has caused some renters to simply pack their things and move away when faced with a notice from their landlord or a court order.

“I want to urge tenants to do three things: Apply for rental assistance if you can’t pay your rent and apply before Oct. 1, and even then, apply if you can,” Shultz said. “Two, if you get eviction paperwork you must respond. Unfortunately many people, because they heard there was this so-called moratorium, got eviction notices and didn’t respond and then were locked out. And three, if you do get any kind of written notice or eviction go to stayhousedLA.org.”