Irma Carillo, 86, and her daughter patiently sat outside a North Long Beach clinic near Hamilton Middle School Thursday after Carillo received her first dose of a COVID-19 vaccine.

She was one of approximately 150 patients from the TCC Family Health clinical system in Long Beach that had been selected based on their age to get vaccinated.

After receiving her first dose, Carillo had to wait at a staging area for 15 minutes before they could leave to see if any side effects would develop. It’s been reported that rare allergic reactions may occur in some recipients, and while that made Carillo’s daughter, Margarita Flores, nervous, said she felt a weight had lifted off her shoulders.

“I was really happy because it’s a vaccine that can help everyone, but especially her,” Flores said in Spanish.

Throughout the pandemic, Carillo’s family has been extra careful around her. Any time someone visited, she was kept away from them. Staying home to avoid contracting the virus has taken a psychological toll on Carillo. Flores said her mother would often take trips to Mexico to visit her son, but the pandemic has gotten in the way of that.

“She gets desperate. She gets sad because she wants to go back to how things were before,” Flores said. “We used to take her out to eat once a week, but now we can’t risk anything like that.” 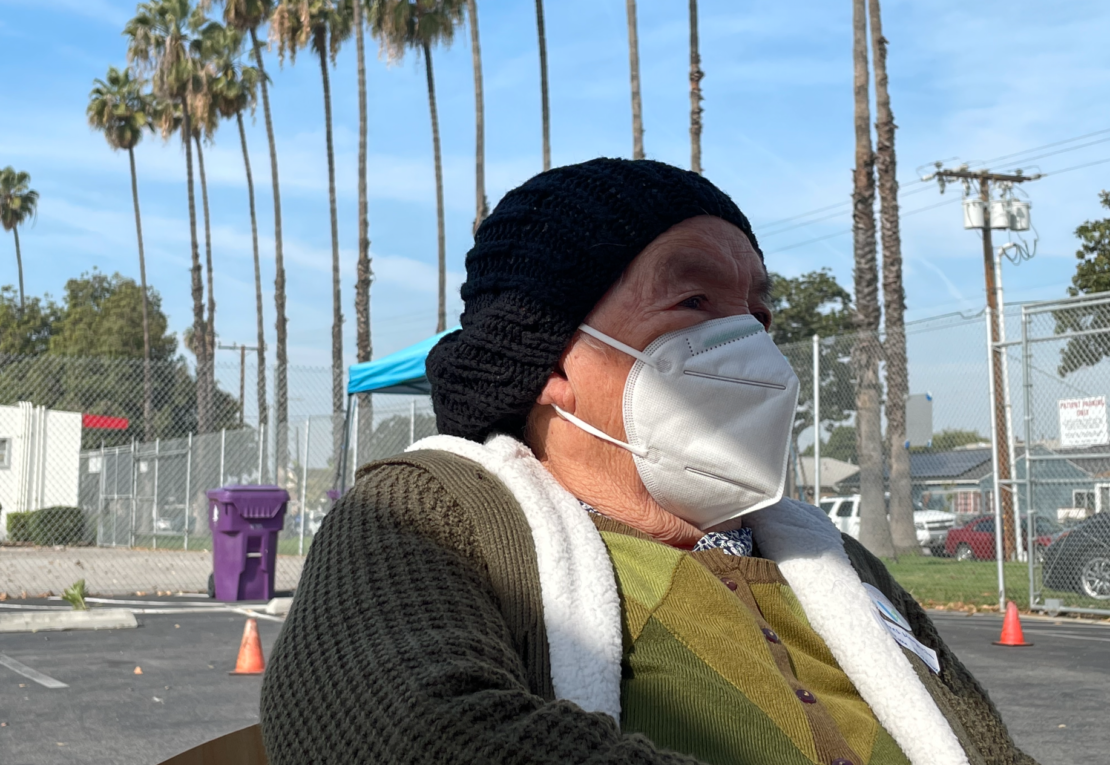 Irma Carillo, 86, received her first dose of the COVID-19 vaccine at a pop-up clinic in North Long Beach on Thursday, Feb. 11, 2021. Photo by Sebastian Echeverry.

Carillo is one of the many seniors in Long Beach receiving the vaccine as part of a new strategy from public health officials to help get vaccines more quickly to the most vulnerable populations after recent data revealed stark inequities about who is getting inoculated, with more vaccines going to White residents in the city’s wealthier areas.

To address this, the city has been making an effort to recruit the help of nonprofits and community-based organizations that have deeper ties to these neighborhoods. For instance, a pop-up clinic that took place in Central Long Beach Wednesday to inoculate mostly Black seniors was facilitated through the help of pastors and religious entities.

Along with skepticism and the occasional language barriers, seniors that are not tech savvy sometimes struggle to book vaccine appointments online. And multigenerational homes with kids in school and family members working from home may cause strain on bandwidth. All these are logistical challenges these nonprofits and community-based health centers say they are better equipped to overcome.

For Thursday’s clinic, staff from TCC Family Health, which already operates in underserved communities, personally called their patients 65 and over to book the appointment for them. Most of the patients registered are Black, Latino Cambodian and Filipino.

Latinos in Long Beach are the largest racial group in the city at more than 40% of the population, and they account for the highest coronavirus case rate at 85.5 per 1,000 residents, but they have the lowest vaccination rate of 32.5 per 1,000.

North Long Beach—with the largest population of Black residents at 20%—has the highest disparity in cases-to-vaccinations with 131 people per 1,000 contracting the virus, versus 47.1 people receiving the vaccine, data presented to the City Council on Feb. 2 shows.

The death rate is also higher among communities of color. In Los Angeles County, the rate of Latino deaths due to COVID-19 has risen dramatically. As of Wednesday, county data shows that Latinos have a mortality rate of 271 per 100,000 people.

Mario and Irma Guerra, two North Long Beach residents who also received their vaccines at Thursday’s clinic, fell severely ill from COVID-19 in July—just short of having to rush to the hospital.

Mario, who is 69 and diabetic, had it worse, which worried his family given his chronic illness. He was on the brink of having to check in at a hospital, but the horror stories about people dying alone made them fear stepping foot inside the emergency room.

“You hear the stories that you go into the hospital but you don’t come back out alive,” Mario said in Spanish. “So, I held on.”

Their doctor routinely monitored the Guerras via phone to see how they were doing, Irma said, and added that they got better using home remedies. She recalled making her husband tea with ginger, cinnamon and cloves. Despite their rough experiences with the virus, the chance to receive a highly-sought-after doses of vaccine has given them a glimmer of hope.

“We always have to keep taking care of ourselves—wearing masks and things like that,” Irma said. “But not with that fear anymore that if we get it again we’re going to die.”

As of Thursday, more than 10% of Long Beach residents have been diagnosed with COVID-19 since the pandemic began, and 754 people have died. 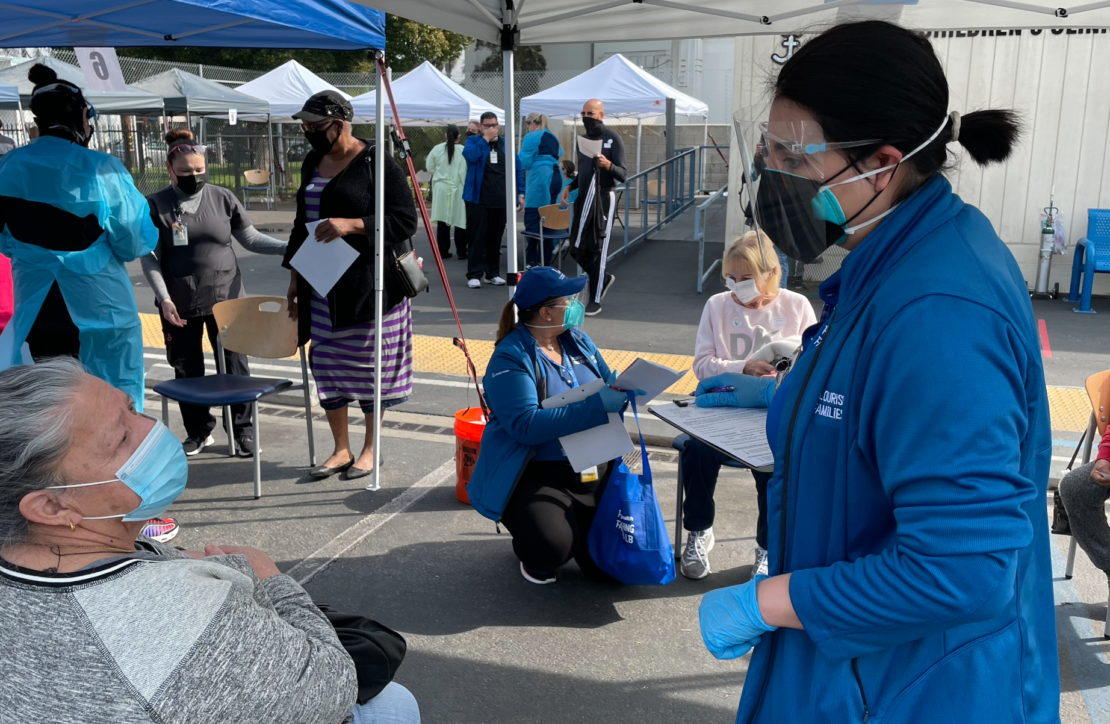