Because of the death of their father and their mother’s ailing health, the family that runs the well-known Ramirez Strawberry Ranch in West Long Beach said they’ll soon be shutting down.

Stanton Councilman Rigoberto Ramirez Jr. originally said he planned to run the business in place of his late father, Rigoberto Sr., an icon in the community who harvested the ranch for more than 50 years. But on Sunday, the son said those plans have changed so that he can help care for his mother.

He said he expects to end operations by the end of May.

Earlier this year, both of Rigoberto Jr.’s parents were hospitalized after testing positive for COVID-19. Only his mother survived. Rigoberto Sr., who was known for his delicious strawberries and the camaraderie he had with his customers, died at 85 in February. 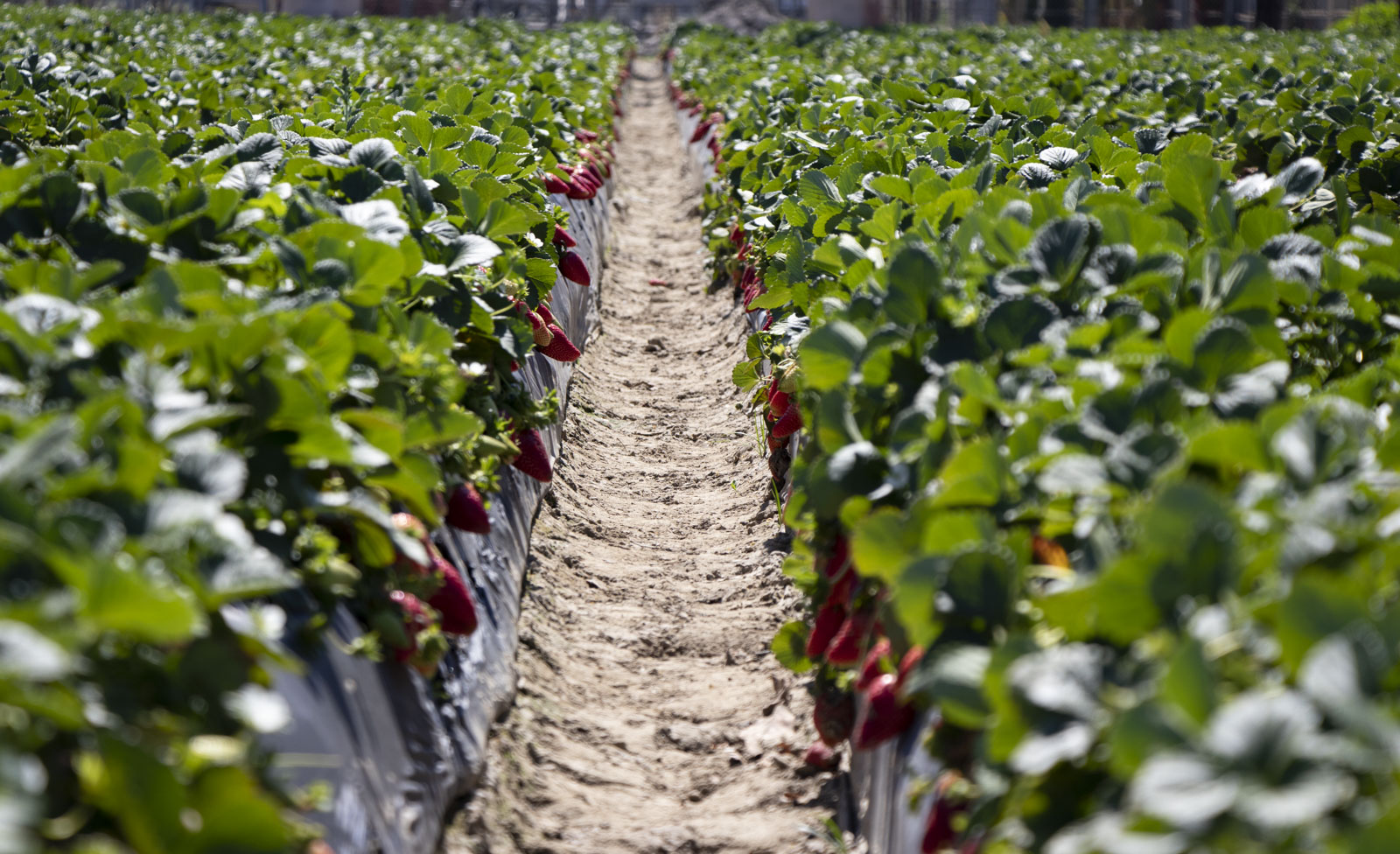 A row of strawberries ready to be picked at Ramirez Strawberry Ranch in West Long Beach on Sunday, March 28, 2021. Photo by Crystal Niebla.

Rigoberto Jr.’s 78-year-old mother, Catalina, survived but developed atrial fibrillation, which is a condition that causes an irregular heartbeat. She now needs treatments from an oxygen tank and help with ordinary tasks such as dressing herself, according to Rigoberto Jr.

“She needs someone full time,” he said.

The ranch, which is leased from SoCal Edison, produces strawberries and fava beans, and when Rigoberto Sr. turned 65 in the early 2000s, the family downsized the land from 14 acres to 3. 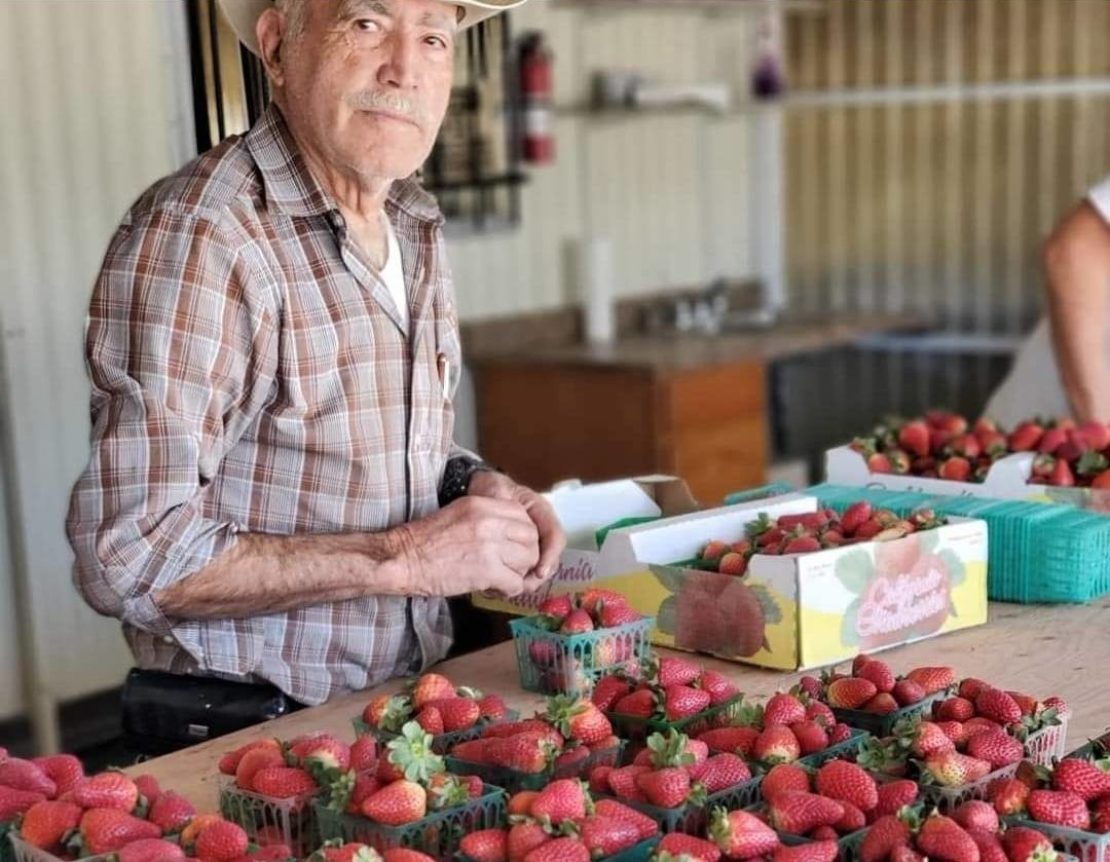 Because negotiations about what will happen to the land are ongoing, Rigoberto Jr. said to “stay tuned,” as he will announce more details “as soon as we ink the deal.” He added that he wants “someone agriculturally related to take the place.”

After a morning rush of clientele, some customers on Sunday afternoon asked Rigoberto Jr. about the prospects of the ranch.

One Long Beach resident, Erlinda Cortez, who asked about the ranch, said she hopes that the land, strawberries or not, will remain a space for agriculture on the Westside. She’d like to see the next land leasers “keep it going.” 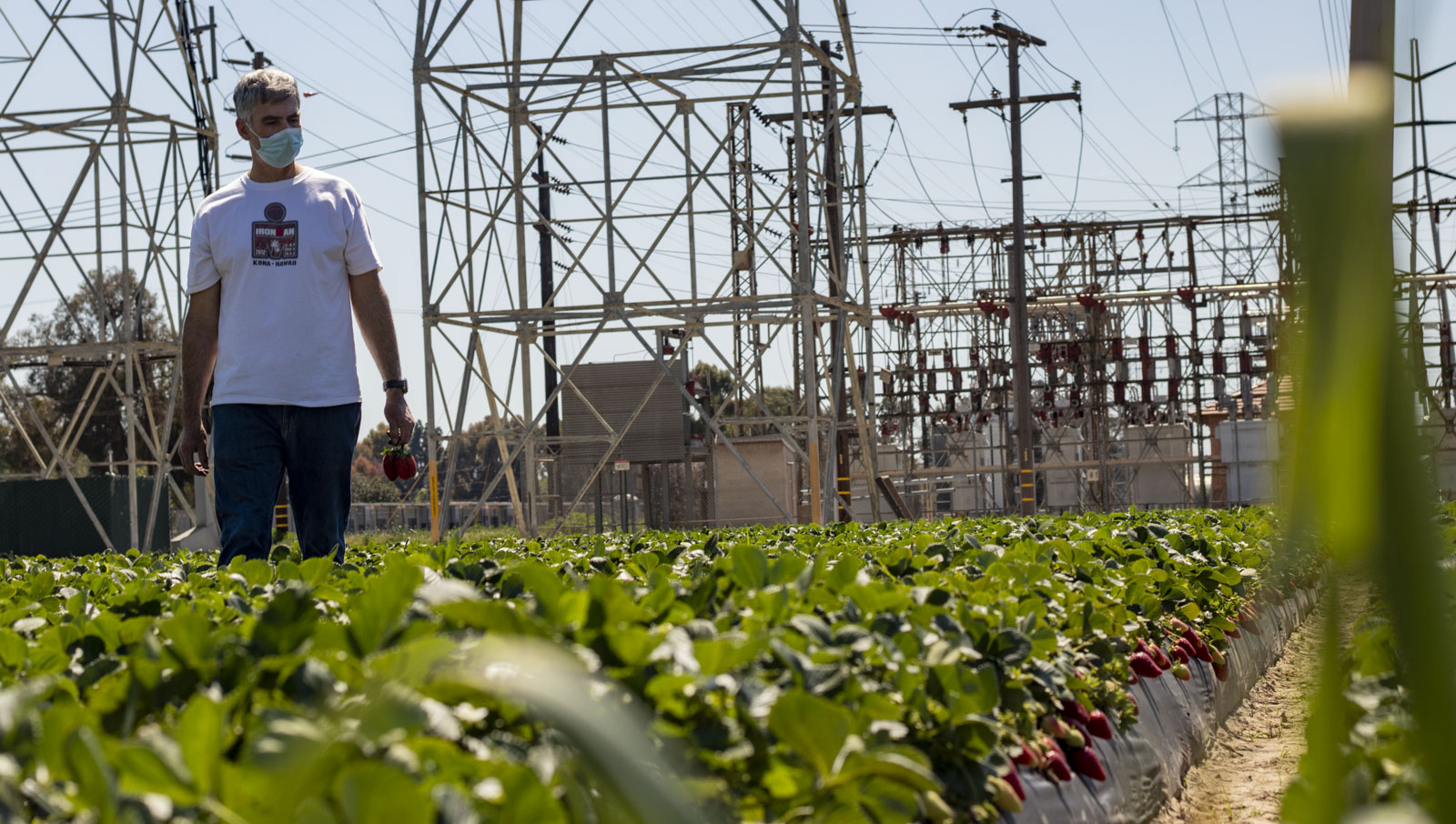 Rigoberto Ramirez Jr. walks in a field of his strawberries after picking a few at Ramirez Strawberry Ranch in West Long Beach on Sunday, March 28, 2021. Photo by Crystal Niebla.

Others, such as North Long Beach resident Maria Guadalupe Mosqueda, were unaware that the strawberry ranch could shut down. Mosqueda, who said she buys strawberries there weekly, was surprised at the news that her go-to spot could go away.

“I’m sensitive to the community because I grew up on the Westside, and I’m in very good communication with Edison to find a replacement for the strawberry field and give something the community could be proud of,” Rigoberto Jr. said.