ZIPping around Long Beach: The 90810 is affordable and (or but) freeway close • Long Beach Post News
- ADVERTISEMENT -

This is the eighth in a series looking at real estate in the city’s different ZIP codes. Read our last edition about the 90808 here.

Today, we’re ZIPping through the 90810 ZIP code, a rarity for Long Beach ZIPs as it throws in the bonus city of Carson instead of just hunkering down exclusively in Long Beach like other ZIPs.

The Westside, too, while it has an abundance of diverse styles of restaurants, has a dearth of other services, and residents generally need to drive across the creek to avail themselves of shopping and other amenities.

The area also has abysmal air quality due to a host of environmental troubles including proximity to the diesel-heavy cargo traffic of Long Beach Freeway, along with nearby railyards and oil refineries.

The fact that homes in the 90810 are still priced well above the median prices in most of the rest of the country—including Austin, Texas; Denver Colorado; Phoenix, Arizona and other top markets—is an indication of the almost ridiculously high prices for homes in Long Beach.

That said, if you’re intent on finding a “relatively affordable” starter home in Long Beach, the 90810 might be the place to start.

Inventory of detached single-family homes is extremely low in the area, with only a small handful currently for sale in Long Beach and a few more in Carson if you’re interested in crossing the border into a city with an IKEA.

Here’s a look at three homes recently listed in the 90810. 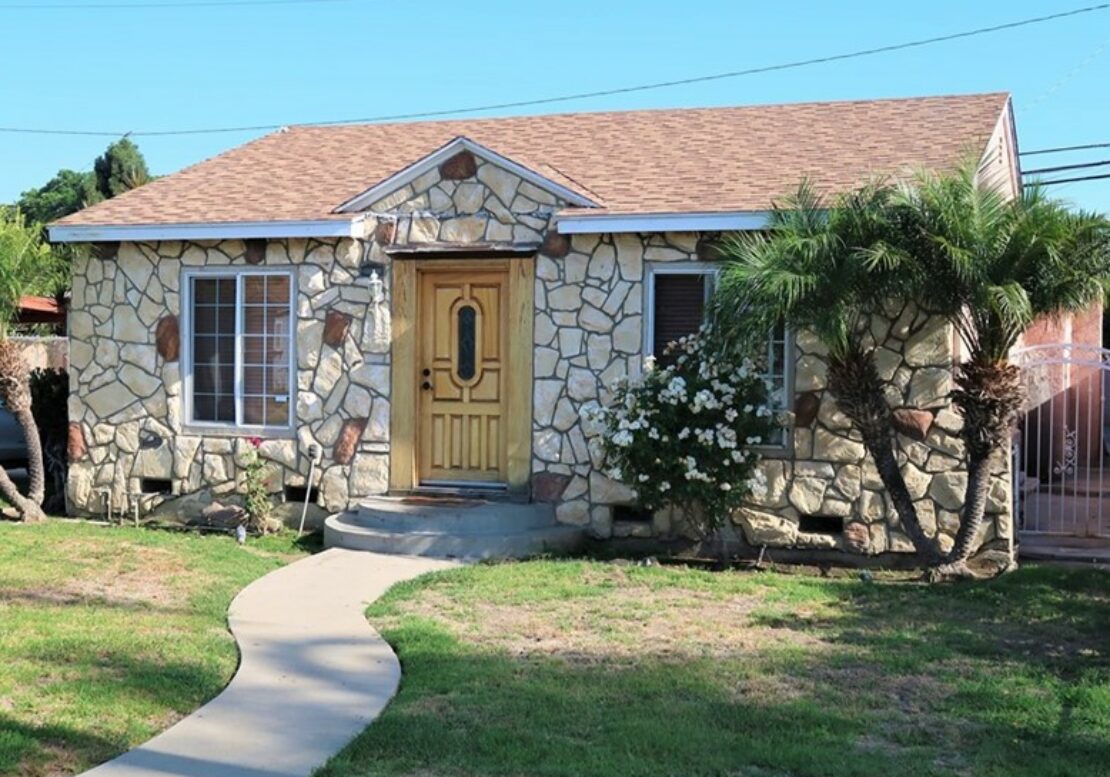 Your long, hard days of exterior painting are over, at least on the rock-solid facade of this rustic 1942 home. The three-bedroom, two-bath 1,361-square-foot home is, for better or worse, close to both the Long Beach and San Diego freeways—and this is the last time I’m going to mention that as a selling/non-selling point because you won’t have to struggle to find either of those freeways from anywhere in this ZIP code.  On the plus side, the home is just a few blocks from the 12-acre Silverado Park and its popular public pool. The home has a fireplace along with wood floors in the living room, dining room and the kitchen with its dark wood cabinets. It’s got a large concrete backyard (for those as averse to lawn care as they are to painting) and a covered patio.

The home is offered by Nicholas Jenkins of Faith Real Estate at $675,000. 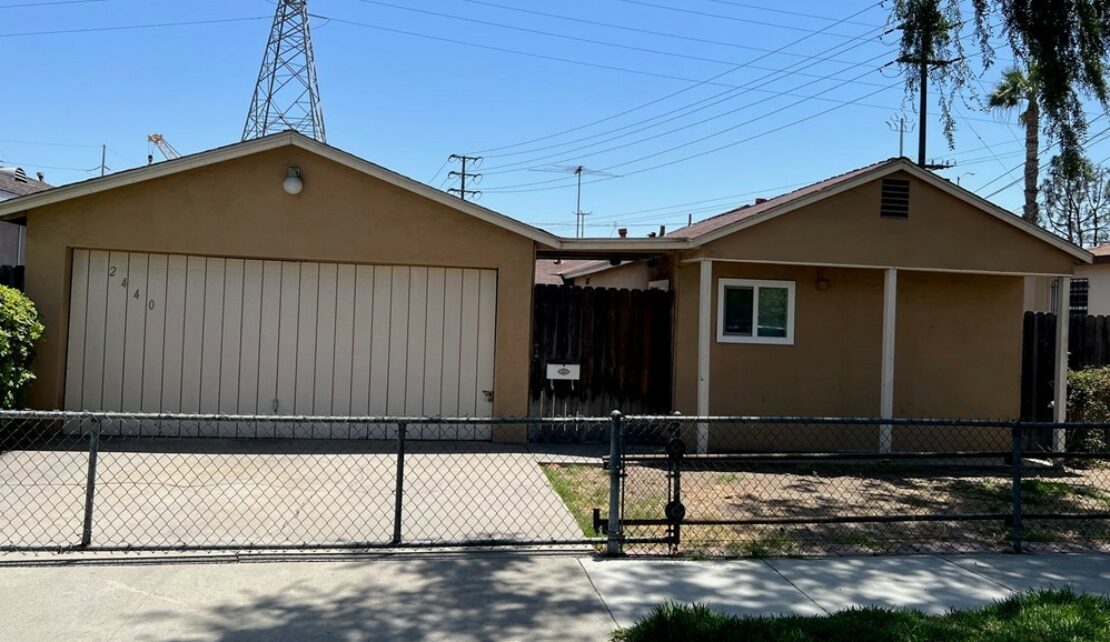 This three-bedroom house on West Arlington Street is listed at $675,000. Redfin photo.

This 1951 home is in the southwest corner of the Westside’s Arlington neighborhood. Venture to the west or south and on old maps it would say, “There Be Dragons.” Though instead of flying fire-breathing hell demons, you get a Southern California Edison substation or railroad tracks and a massive container yard.

If you can live with that (and it’s certainly not for everybody; it’s been on the market for more than 200 days), you’ve got three bedrooms and one bathroom in 1,071 square feet as well as a “bonus room” with laundry hookups, so you’re probably going to use up that bonus as a laundry room. It also has a large backyard with a covered patio where you can relax while listening to the sweet sounds of the railway and the sizzling of the power lines emanating from the nearby substation. 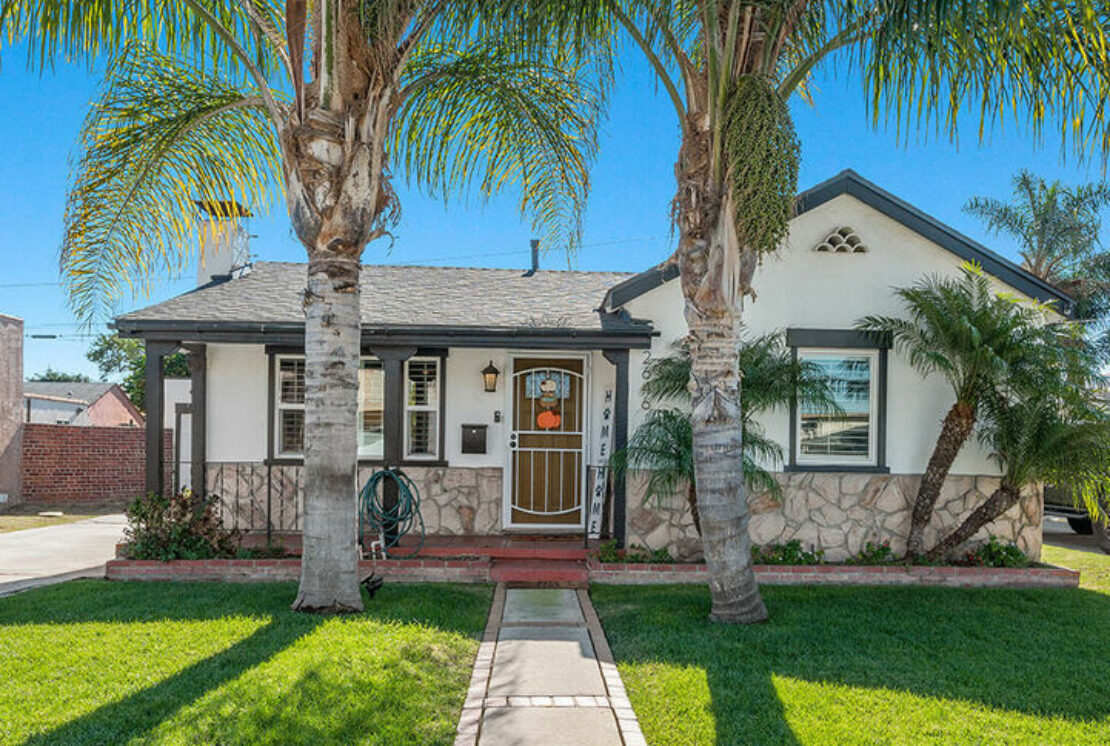 A two-bedroom home with nice curb appeal on Madison Street in Carson is listed at $635,000. Redfin photo.

Here’s a home in Carson with actual curb appeal, thanks to a lush lawn and a brick-lined path to the shaded front porch and entryway. The house has two bedrooms and two baths and, though built in 1927, it’s been thoroughly brought into the 21st century with central air conditioning, a tankless water heater and updated flooring and windows. The inside features a wide open floor plan with the living room flowing into a bright kitchen with stainless appliances and sleek, white shaker cabinets. In the back is a large yard that’s mostly concrete, but there is some grass as well. For recreation, it’s a short walk to the 10-acre Dominguez Park.

The home is listed at $635,000 by Raul Herrera of eXp Realty of California.