Wrigley’s annual Daisy Avenue Christmas Tree Lane Parade, along with other Christmas events, is making a comeback this December, and organizers are looking for some helping hands on Saturday morning to prepare.

From 10 a.m. to 2 p.m. on Dec. 4, the Wrigley Area Neighborhood Alliance in partnership with the Bixby Knolls Business Improvement Association and the Long Beach Council District 7, will need volunteers to help install large displays and fencing, pass out flyers and decorate Daisy Avenue between Pacific Coast Highway and Hill Street, according to alliance president Joan Greenwood.

Ideally, adults ages 18 and over should volunteer, but any minors who want to help will likely be distributing flyers that promote the parade, Greenwood said.

There’s a wide median along Daisy Avenue that was converted into a grassy area, and volunteers are asked to meet at the Hill Street and Daisy Avenue intersection to start the day. Lunch and snacks, including Buono’s Pizzeria, pre-made sandwiches, water, cookies and coffee will be provided, Greenwood said. 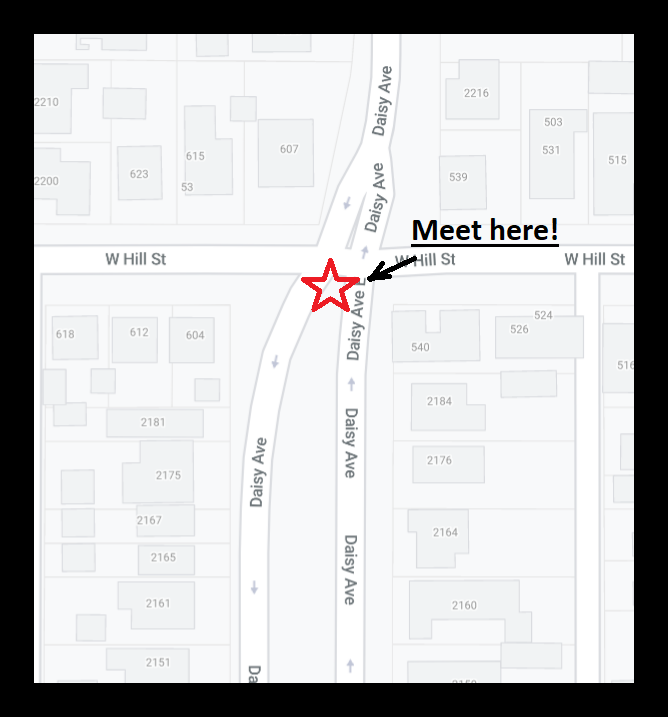 A map of the meetup location, the Daisy Avenue median, for the volunteer day on Saturday, Dec. 4, 2021.

While the historic parade usually draws thousands of people to the streets, Greenwood said organizers of the event are doing a “reimagined parade” to avoid the potential spread of COVID-19 by having a caravan-styled parade with 15 vehicles decorated led by a trolly. Within the Wrigley neighborhood area, the parade route will be within Wardlow Road and Pacific Coast Highway on the north and south, and Magnolia Avenue and the Los Angeles River on the east and west, according to the council district.

Sean Bernhoft, field deputy for Council District 7, said that volunteers should RSVP with the district and can do so by calling 562-570-7777. Greenwood expects about 50 volunteers, she said.

Greenwood is eager to receive helping hands, “and the more people that show up, the sooner we’ll get done.”

IN PICTURES: It was Christmas again on Daisy Avenue; thousands turn out for parade