Just less than a year after opening his first restaurant, Martin Luzanilla is now just days away from opening his second Mexihanas Hibachi Grill in East Long Beach, taking over what was formerly the SideYard Café on Palo Verde Avenue.

“It seems fake, you know?” Luzanilla said from behind the stainless steel counter at his new location. “I have to pinch myself to see if this is real.”

The popular restaurant, which serves Mexican-meets-teppanyaki plates of grilled meats, vegetables and garlic noodles, got its start as a mobile-side cart hustle catering food out of Luzanilla’s driveway, residential parties and later at their long-time pop-up at Jerry’s Place on Fourth Street.

But when the pandemic put the kibosh to his plans and his day job as a AAA tow truck driver, Luzanilla and his brother, Manuel, decided to team up and open a restaurant. Using the last $2,000 he had in his bank account, Luzanilla invested in a small “hole-in-the-wall” storefront in Central Long Beach and hit the ground running.

The new location is nearly 1,200 square feet with ample kitchen space and room for in-door dining, features the first location lacked. Now, Luzanilla said he can stop renting out a ghost kitchen for prep and will use the second location to prepare all his food for his restaurants. 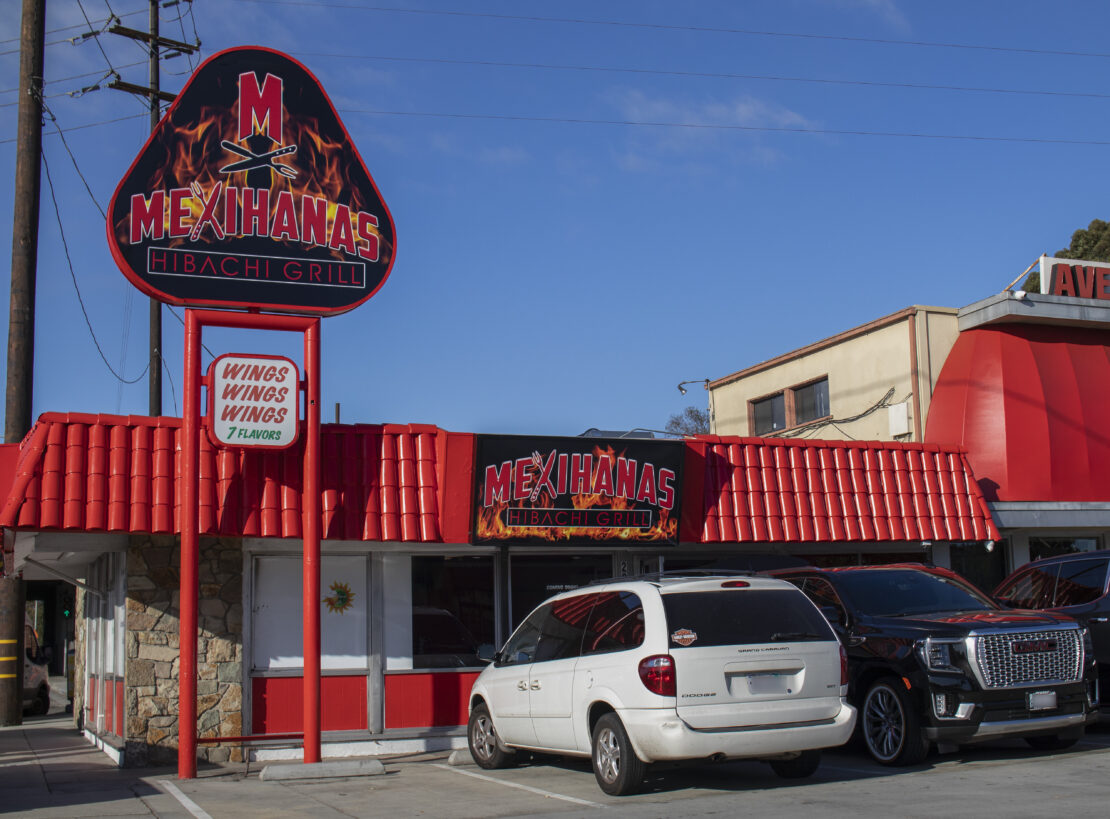 Mexihanas on Palo Verde Avenue will offer an identical menu to his flagship store. The menu ranges from $4 side plates to $36 combos such as “The LBC,” a two-person meal loaded with hefty helpings of each item on the menu—grilled chicken, shrimp, Angus steak, lobster, mixed vegetables, garlic noodles and fried rice.

The menu may also include tuna steak, New York strip, rib-eye steak and other fine meats depending on what Luzanilla gleans from distributors. Luzanilla mentioned he’ll be playing around a little more with his menu in East Long Beach with plans to offer tacos and sushi down the line. 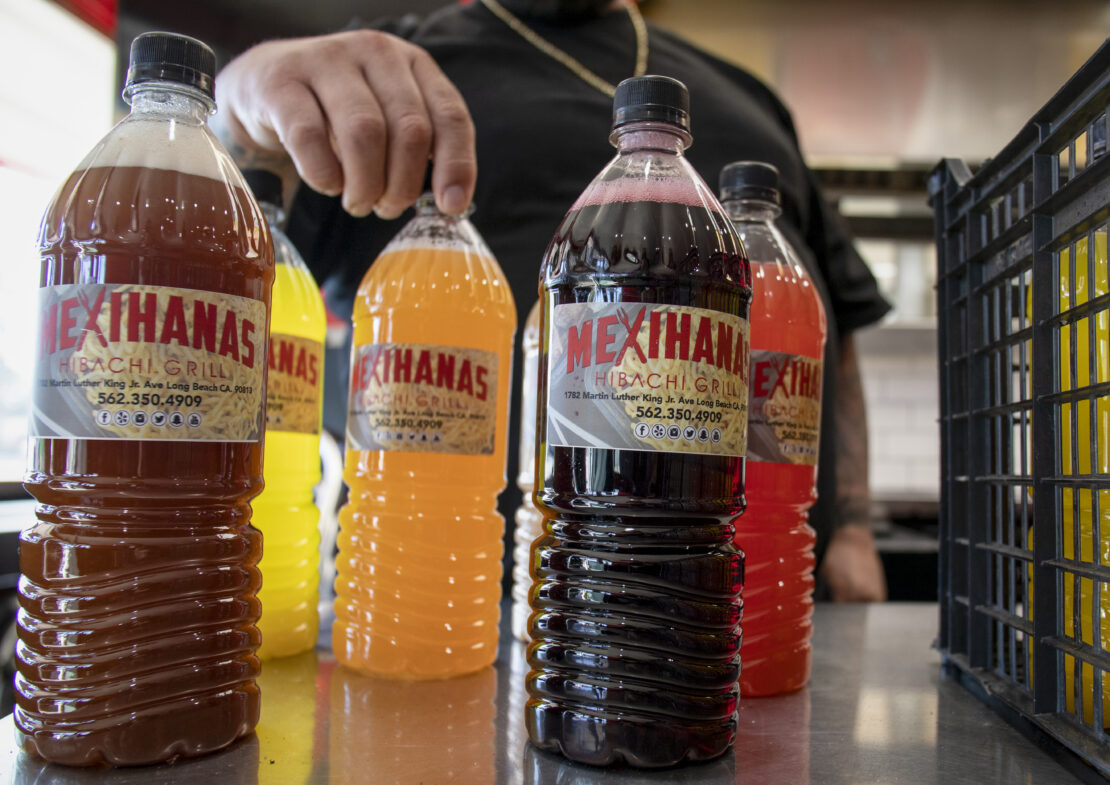 While the new location will allow him to streamline his operations, what Luzanilla said he’s most excited for is expanding his community outreach, what has proven to be the heart of Mexihanas operations.

Luzanilla uses about 25% of Mexihanas’ profits to help feed, clothe and uplift his hometown community, the 6th district, an area of Long Beach where Luzanilla sees tremendous need.

“The 6th district is the poorest district in our city,” he said in an interview with the Long Beach Post in June. “Some of these kids don’t have what they should have, so to see a smile on a kid’s face is all the riches I need.”

Luzanilla has hosted food and toy drives, school supply giveaways, and more, often with the help of Tito Rodriguez, founder of the Local Hearts Foundation (well known in the community as “Hood Santa”), who will use Mexihanas as a distribution center for impromptu giveaways. With his second restaurant, Luzanilla said he believes he’ll be able to use those profits to help even more.

But Luzanilla said he also plans to make an impact within the East Long Beach community and hopes to partner with public schools to provide food and other giveaways for youth.

“I want to see what I can do in this community too,” he said.

Luzanilla’s sights are set well past Long Beach and he said hopes to eventually make his restaurant a franchise, but one that doesn’t lose sight of the Mexihanas’ mission. He’ll require that franchise owners donate a portion of the profits to non-profits or use the funds to support their own communities.

“We want to show other owners it’s not just about coming into a community and taking money from the community,” he said.

But all of his efforts, Luzanilla said, are working toward his dream of opening up a youth center, one where elementary, middle and high school kids have a safe place to learn and play, while also providing them with practical skills that can help support children as they enter adulthood. Like cooking, for instance.

“I want to help them be the next Gordon Ramsey, the next Martin, that’s the ultimate goal,” he said.

Luzanilla said the restaurant will open Friday, Oct. 22 with a grand opening reception at 5:30 p.m.

Side StrEATS: More than teppanyaki, how Mexihanas gives back to Central Long Beach