If you’ve ever relished flan from local eateries like El Taco Loco #3 on Magnolia Avenue, Los Tres Cochinitos in Wilmington or La Michoacana on Seventh Street, they are the creations of 58-year-old Daniel Gascón, owner of Molto Buono Cheese Flan Factory in West Long Beach.

Located on Santa Fe Avenue near Lincoln Street, the flan factory has been around for 17 years, and Gascón is trying to bounce back from the pandemic with new flan flavors.

Whether you delight in the coconut sheds at the bottom of his flan de coco or have his nutella-tasting choco nuez flan melt in your mouth, smooth and creamy might best describe the texture. They’re sweet, dense and savory. 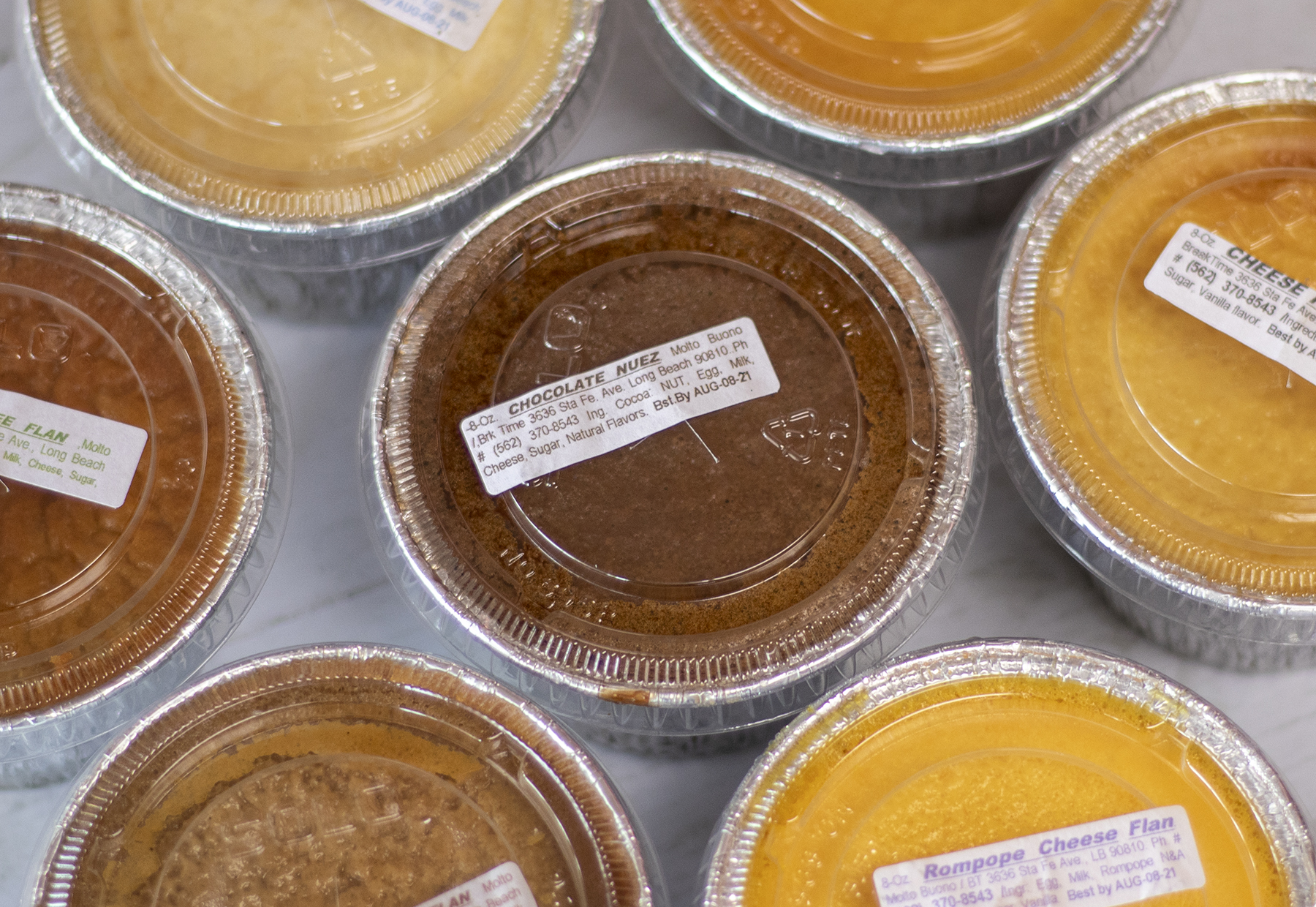 The Italian words, “molto buono,” in the business name translate to “very good,” crediting the flans’ tastes. But more so, the use of the language pays homage to his wife, Betty Riviello, who has Italian heritage. Gascón, who carries Jaliscan heritage, also worked as a director at an Italian-run company in Mexico, he added.

“It has always been a language that has caught my attention,” he said in Spanish, adding that he likes the sound of the Italian language.

His business serves more than 100 taquerias, restaurants, supermarkets, ice creameries and mini markets mostly throughout Los Angeles County. But when the pandemic caused restaurant shutdowns, by extension, Gascón’s struggled too. His sales dropped about 70%.

He said he survived this economic blow by expanding flavors and securing more clients, but it wasn’t the first obstacle the business faced.

Riviello, his wife, died of lung cancer at age 52 in 2015. A year later, still mourning his wife, Gascón said he then felt so bereaved that he went into cardiac arrest for three minutes. Medics then induced hypothermia to minimize brain damage as he wasn’t receiving enough oxygen. He was in a coma for 15 days.

“I think it was sadness that made my heart stop,” he said. Gascón and Riviello started the flan business together in 2004.

When he awoke, he began physical therapy and could no longer run the flan factory at the time.

His daughter Daniela Gascón Deason scrambled with help from her friends to operate the business. She had no idea how to, but jumped in. Her father was “the strongest,” and he was in danger, she said. Her only brother could not help because he lives outside of the country.

“I felt like the whole weight was on my shoulders,” she said.

As soon as Gascón was cleared by medical professionals, he returned to work. He had been working a tech job, but he left it to dedicate himself 100% to the flan factory since Betty’s passing. Nowadays, he said he works about 12 hours a day.

On a typical day, he gets up at 5:40 a.m. and then leaves to buy fresh ingredients for his flan: condensed milk, evaporated milk, eggs, walnut, coconut, cajeta, coconut milk, sugar, caramel color, egg color and sometimes vanilla from Restaurant Depot. His two other employees blend the ingredients in a large, cone-sized blender that’s especially used for flan. They’ll then then pour the mix in aluminum, cup-sized containers and before having caramelized a hard layer of sugar inside. 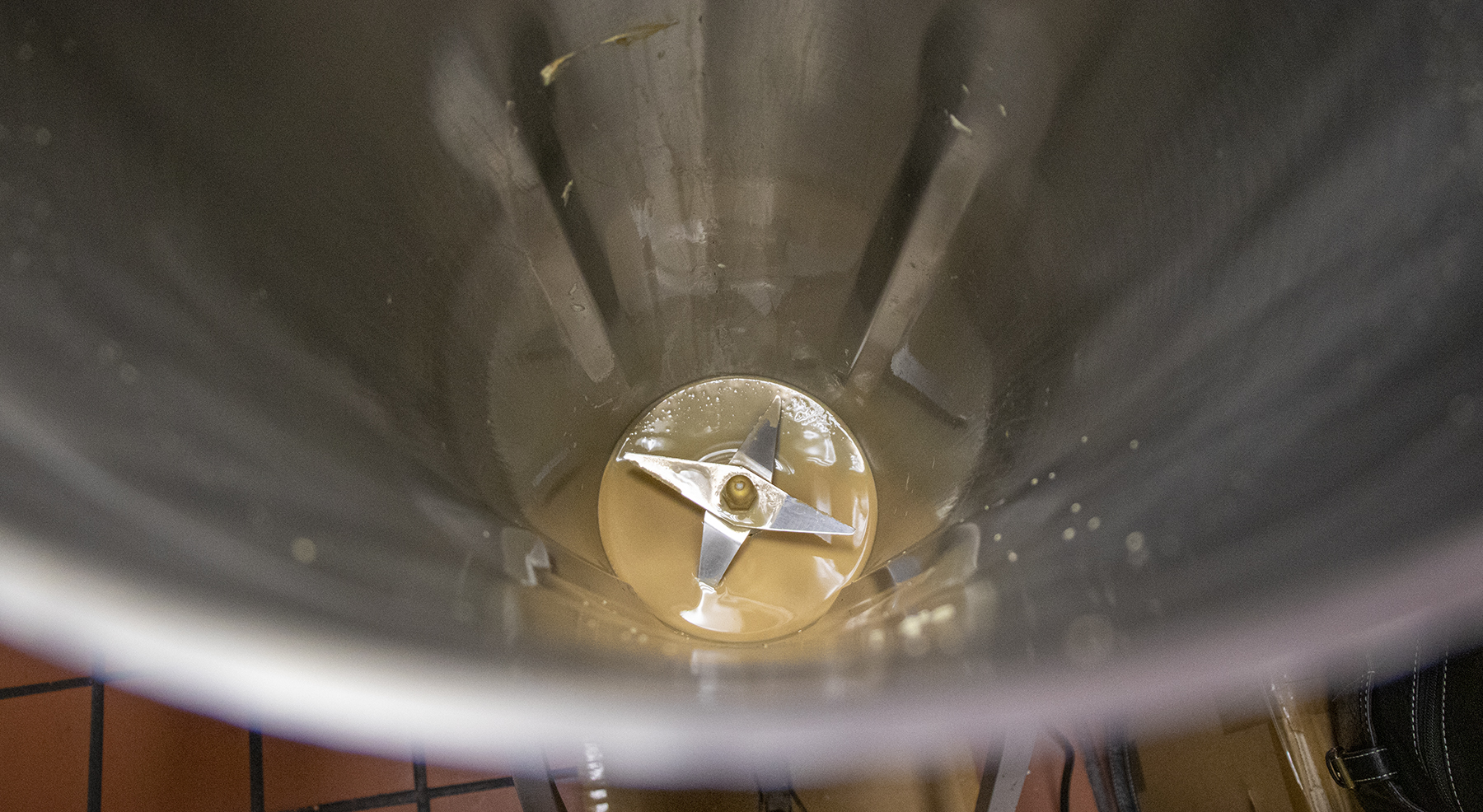 Remains of a flan mixture linger at the bottom a large blender at Molto Buono Cheese Flan Factory on Thursday, July 15, 2021. A couple feet tall, this blender is specially used to blend flan ingredients together. Photo by Crystal Niebla.

Gascón said he spends much of his day making flan deliveries to his clients in his SUV with the air conditioning jacked way up.

Cristian Magdaleno, the owner’s son of El Taco Loco #3 on Magnolia Avenue near 15th Street in the Washington neighborhood, said Gascon has delivered 50 flans every three days to the restaurant from Gascon for several years now.

Their best seller is the traditional cheese flan flavor, but Magdaleno’s personal favorites are the rompope and coffee flavors.

“It’s really fresh, and the consistency is the same every time,” Magdaleno said. 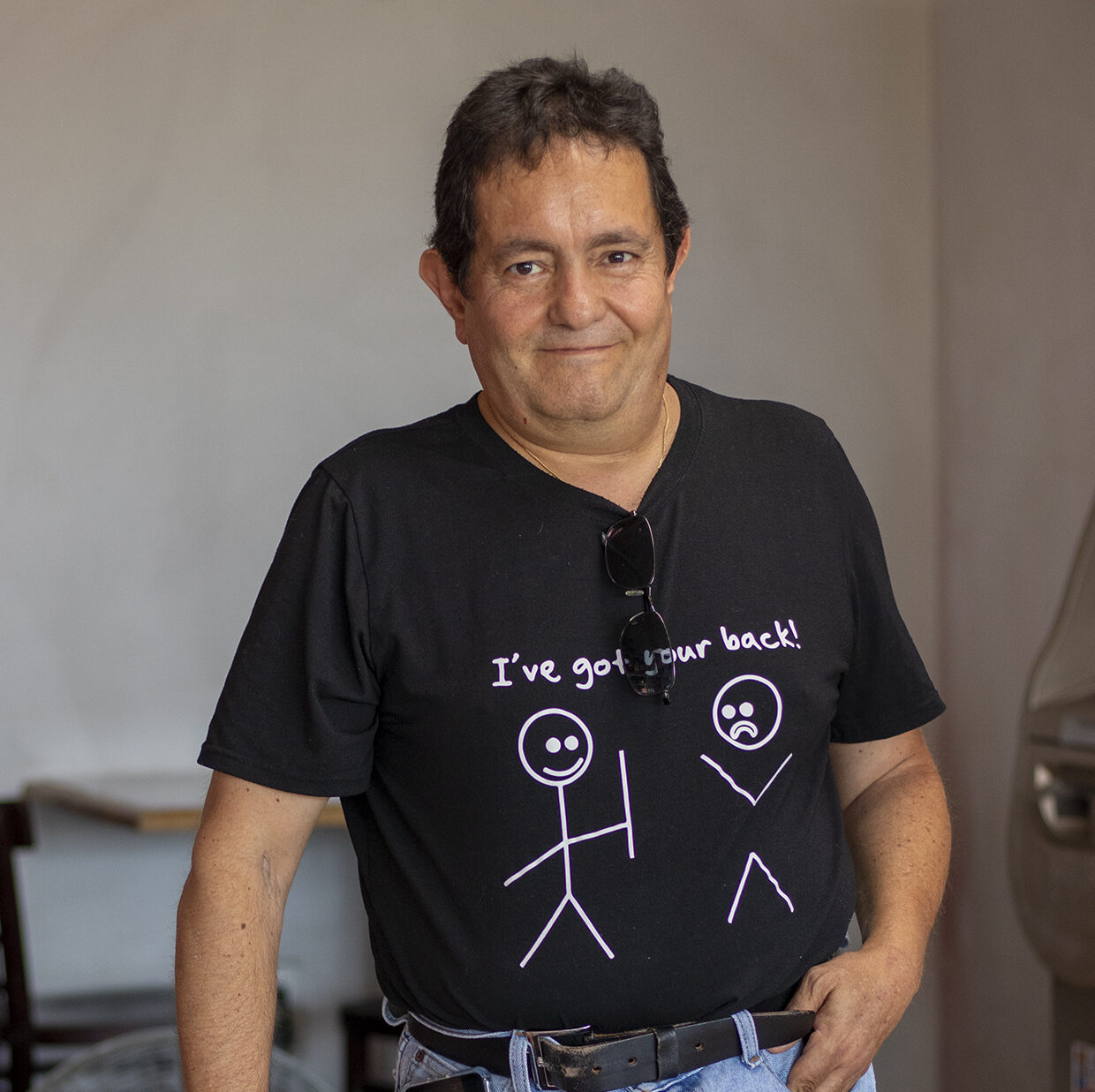 Daniel Gascón, 58, stands for a portrait at Molto Buono Cheese Flan Factory he shares with a Mexican takeout business in West Long Beach on Thursday, July 15, 2021. Photo by Crystal Niebla.

Gascón said he’s always open to new clients, with hopes of also creating a line of soft products for older adults who have trouble chewing. And naturally, he wants to keep creating new flan flavors.

“If you have tried flan, it is different from any other product in the markets, completely different,” he said. “I have always thought that the success of businesses depends on the products being different from everything else on the market.” 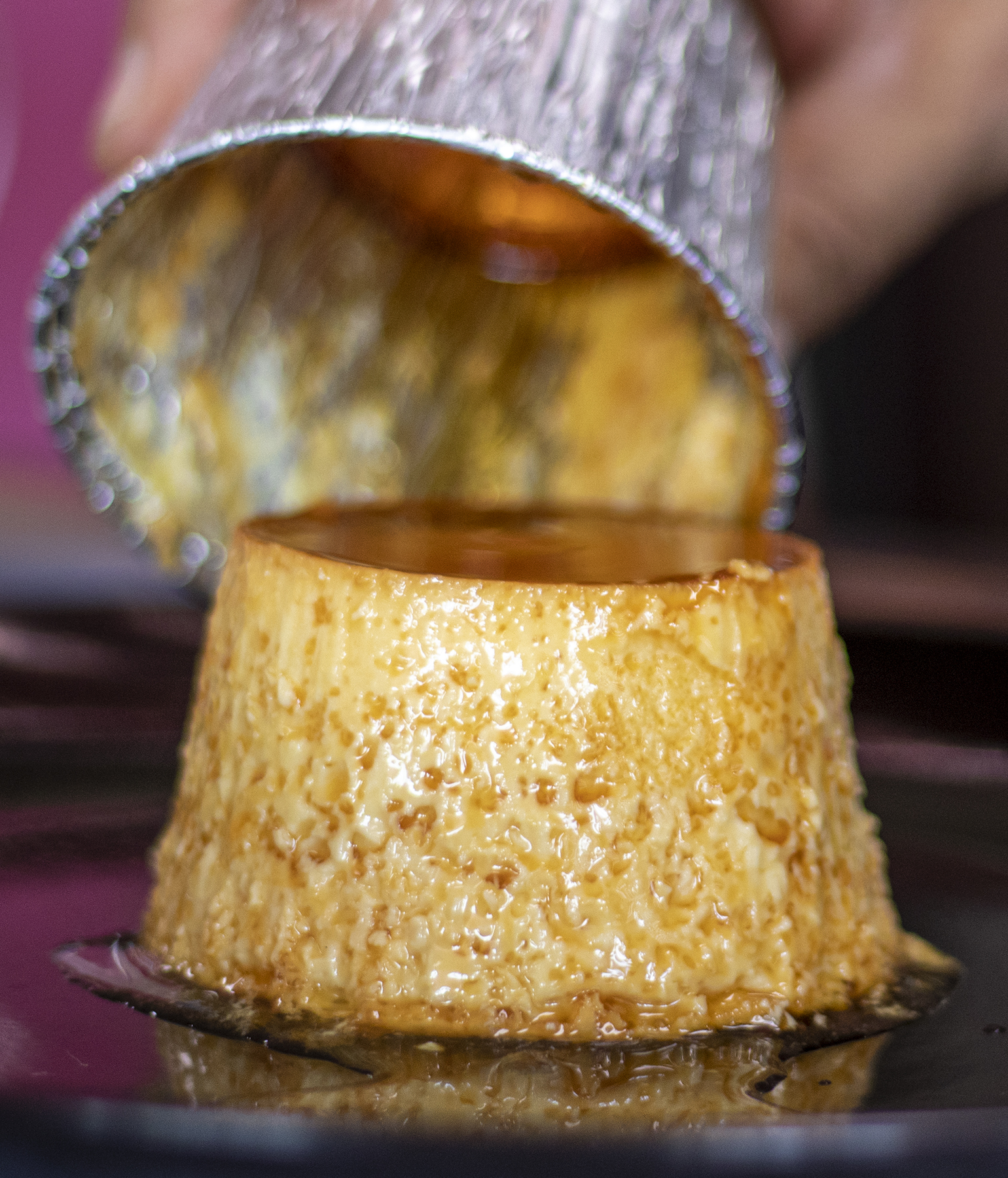