Growing up in El Salvador, Fernando Valladares has always been surrounded by seafood.

His grandfather was the captain of a fishing boat, and his uncles worked the lines as fishermen. At home, his family would dice up ceviche or cook up a steaming pot of caldo de camarones.

Watching his family sparked an interest in Valladares to learn more about cooking.

At 31, Valladares continues to honor his family tradition through Portside Fish Co., a new seafood restaurant that officially opened this spring in North Long Beach.

Valladares is a bonafide chef. He studied culinary arts at Le Cordon Bleu in Pasadena. For 11 years, he worked multiple kitchens and at luxury hotels including Hilton, Charlie Palmer restaurant at South Coast Plaza before it closed and St. Regis at Dana Point. He worked under Scott Conant, a renowned chef and a judge on the Food Network’s show “Chopped,” in Beverly Hills.

A passion to develop different plates and cuisines from multiple culinary backgrounds drove Valladares to open his own restaurant. He teamed with Andy Nguyen, food restaurant entrepreneur, to establish four restaurants, Portside being his most recent investment.

“The community has been nothing but amazing to us,” Valladares said about placing a stake in North Long Beach. “We get regulars coming in here all the time saying, ‘We’ve been waiting for something like this.’”

Portside offers customers Baja-style eats, including tacos and burritos packed to the brim with shrimp, fish, chicken or steak. There’s also a selection of cocktails and beers that customers can enjoy at the restaurant’s bar top or outdoor patio.

Valladares is hoping to expand Portside’s menu to include Cajun-spiced plates, something he says is popular in North Long Beach.

So far, Valladares said his business is growing and the support of local customers is helping him ride a wave of success, but there was a chance that Portside in North Long Beach could have never existed. 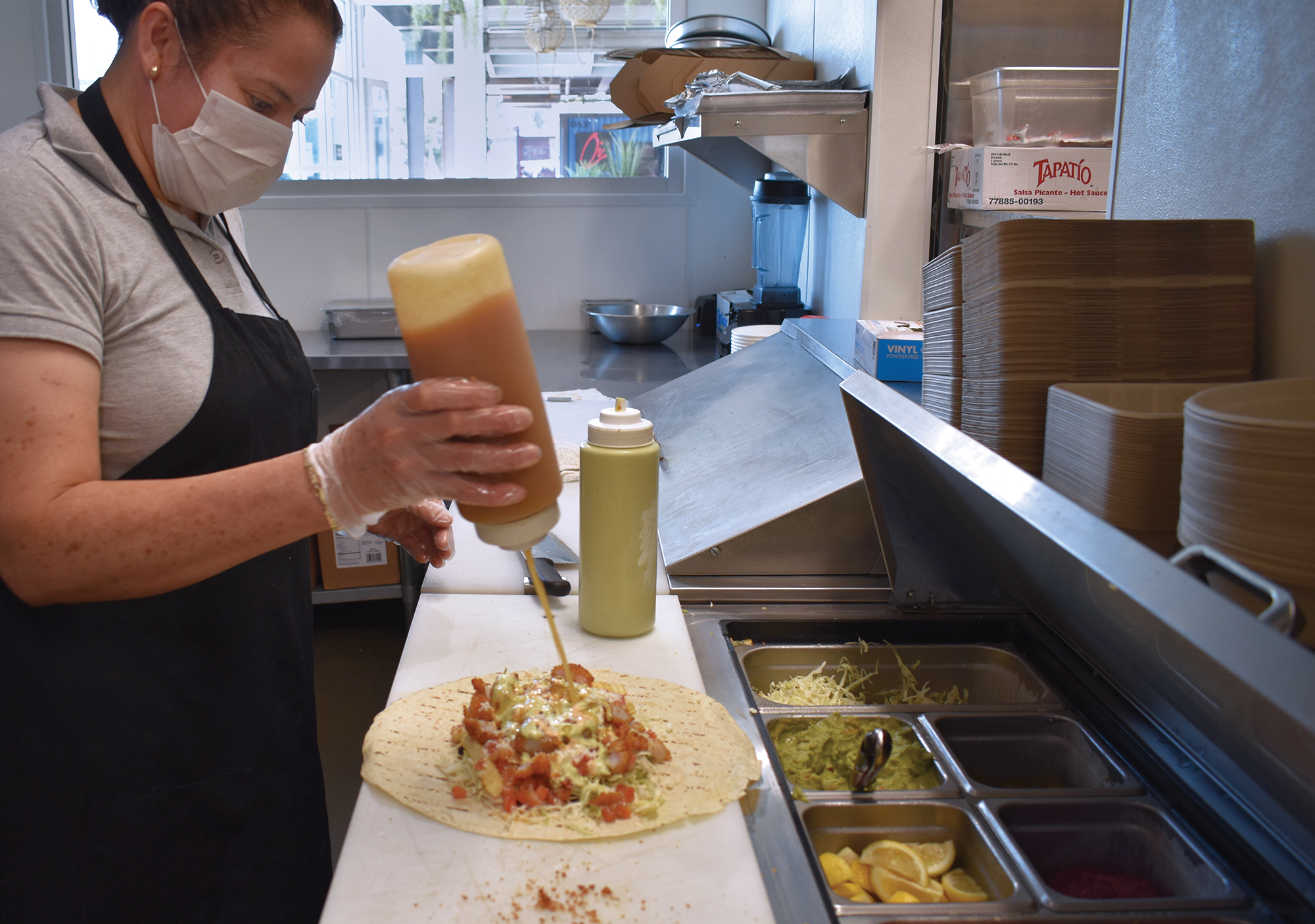 The Long Beach location is Valladares’ second Portside. He first opened one at a food hall in Irvine in 2017. In March of 2020, his lease for the restaurant came to an end, and the pandemic began to squeeze local businesses.

“That was the story of everyone in the pandemic,” Valladares said. “Everyone was hurting bad for business.”

Colleagues in the industry closed their businesses and some believed the pandemic would be over in a few months, Vallardes said.

“As a business owner I saw my world crumbling down because all I have are restaurants,” Valladares said. “It puts you in a sense of alert, like, what’s the next step, what are you going to do?”

His luck then took a turn for the better when he received an email from a company in Compton that specialized in developing COVID test kits.

The company offered to pay Vallardes for catering services for lunch. It was only a one-time gig, Vallardes said, and the order called for just 15 meals. But as time went on, those 15 meals grew to 30, then 60, Vallardes said.

Eventually, Vallardes moved into a kitchen in the company’s office building and was cooking breakfast, lunch and dinner for the staff that was working long hours to develop more COVID tests.

The catering opportunity generated enough revenue for Vallardes to rehire his employees and to open two Portside locations, one in Glendora and the other in North Long Beach.

He attempted to open the restaurant in the winter of 2020, but a spike in virus infections and hospitalizations made it difficult to celebrate with a grand opening. The restaurant quickly shifted to take-out and partnered with DoorDash and GrubHub.

The Uptown Commons offers an open-space dining patio similar to other food halls such as SteelCraft, which integrates naturally into Portside’s open bar.

“We’re catering to this side of Long Beach, giving people a taste of what we got,” Valladares said.