Side StrEATS: A fire destroyed their restaurant, but that didn’t stop these four chefs • the Hi-lo
- ADVERTISEMENT -

Side StrEATS is a monthly multimedia series by Long Beach Post staff that aims to highlight unique food businesses across the city. To contact us, email Visuals Editor Thomas R. Cordova at [email protected].

In a small kitchen in a Downtown apartment, four chefs take turns cooking in pairs as they hover over a stove, bumping elbows on Friday nights. It’s there, in their “test kitchens,” where they experiment with new flavors for their menus, drawing influences from their Filipino, Cambodian and indigenous heritages.

When they’re ready, they’ll introduce new products to their customers, changing some items weekly. This is The Corner Stoop, a Filipino-owned catering business that usually pops up Fridays at Lord Windsor Coffee on the corner of Third Street and Cerritos Avenue. Executive chef and owner Carissa Dintemann launched her business with hopes of exposing more people to Filipino food.

She’s joined by three other chefs who fuse ingredients and find commonalities in their cultural dishes to create something unique—like a breakfast burrito using Cambodian sausage. They are Sarunthy “Bo” Lach, Janice Dig Cabaysa and Shoshana Ybarra. And, while Filipino cuisine is the staple, they offer food from American to Latin to Italian.

“The cooking world is like one big pot: It tastes better the more flavors you have in there,” Lach, the son of Khmer Rouge refugees, said about the diverse menus.

Creativity, a love for culture, and strong bonds forged in the kitchen have probably helped the chefs collaborate so well. Previously, the four worked at Bebot Filipino Soul Food, and when the coronavirus stay-at-home orders took effect, the chefs in the kitchen were sometimes the only people they’d see all day.

“It was literally our kitchen family,” Dintemann said.

But on Aug. 17, a fire at Bebot destroyed it all. Lach recalled being just minutes away from arriving to work at around 4 a.m. when fellow chef Ybarra called and told him what happened to the restaurant. For Lach, his “home,” his “baby” was gone.

“It broke me for a while,” Lach said.

While the four chefs didn’t own the restaurant, it meant so much to them because they helped open it, he said. They formed a tight-knit kitchen as the core chefs of the restaurant. 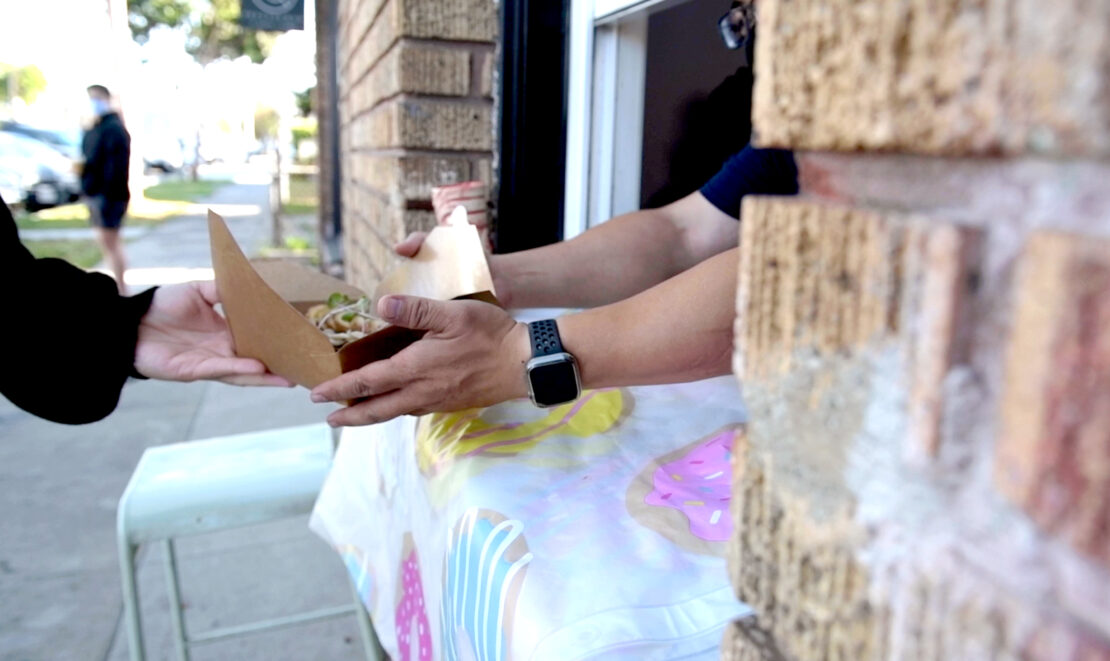 The devastation of the fire exacerbated the hardships felt by an already struggling food industry hit hard by the pandemic. Chef Cabaysa is also immune compromised, so she really had to take a step back.

While Cabaysa and Dintemann also mourned the loss of Bebot, they needed to come up with another source of income. So, they started baking. And it became therapeutic.

“There’s just something about it,” said Dintemann, whose father died last year from cancer. She also began seeing a therapist, she said. “2020 was ridiculous.”

In her career as a chef, Cabaysa realized that she never wanted anything but to be “sincere” in her cooking. Whether it was through lumpia, spicy chicken wings, or even specialty doughnuts, the taste says everything.

“We come from these really poor countries, and food is the only thing we can give each other,” she said. “It’s not just about putting out a beautiful product.”

Cooking alongside Filipinos, Lach noticed they use ingredients like coconut milk and lemongrass, he said. It was nuances like those that also motivated him to connect with his own Cambodian heritage, he said. Especially, since his mother’s cooking carried Thai and Filipino influences.

Each chef also gets a highlight, Cabaysa said, where a dish they lead becomes the star of a new menu, sometimes rotating weekly. “Every chef gets a chance to play,” she said.

They say they want The Corner Stoop to be a way to expose more people to Asian food, and especially now, Lach agreed it could be a way to educate the public about Asian culture during an era when anti-Asian hate crimes have spiked in other parts of the country. Long Beach hasn’t seen that same spike. In March, police said they’ve had no reports over the last year of anti-Asian hate crimes in the city. But, because of a hate crime’s narrow definition, that doesn’t mean racist incidents are nonexistent locally.

For example, recently in North Long Beach, Lach said a complete stranger called him a racial slur and told him “to go home.”

“It really hurts,” he said.

Last month, The Corner Stoop hosted a pop-up marketplace at St. Lucy Catholic Church in West Long Beach to raise money for Asian organizations amid the increase in hate crimes. 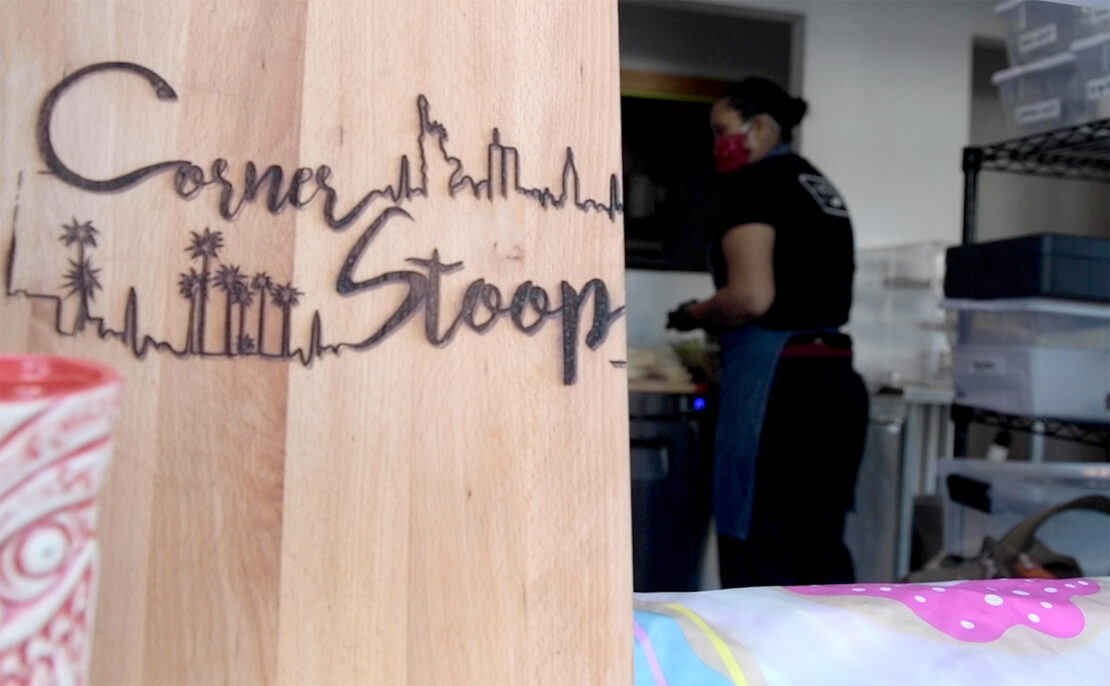 Feeling discouraged herself, Cabaysa said she threw together that pop-up to “cook my way out of this depression.” Often, she finds herself pushing her feelings aside to make something happen, she said.

The team of chefs is on a short break after a suspected drunk driver plowed through the storefront of Lord Windsor Coffee last week. The owner of the coffee shop said he was hopeful he can reopen soon.

Regardless of the circumstances, The Corner Stoop team will keep going. As a pop-up catering business, they can, well, pop up just about anywhere.

“We’re trying to create an empire,” Dintemann said. “This is just the beginning.”

To place orders and view their menus, visit The Corner Stoop website here. Keep with the next pop-up on their Instagram.