A pop-up marketplace led by a local chef took over St. Lucy Catholic Church in West Long Beach Sunday afternoon as vendors sold food and other goods to raise money for Asian organizations amid a recent increase of anti-Asian hate crimes in other parts of the country.

Chef Janice Dig Cabaysa asked vendors to volunteer their time or their goods to not only support the organizations that work in the Asian communities but because she’s personally felt the emotional weight of the recent trend in anti-Asian violence.

“I decided to do a pop-up because I need to cook my way out of this depression,” Cabaysa said. 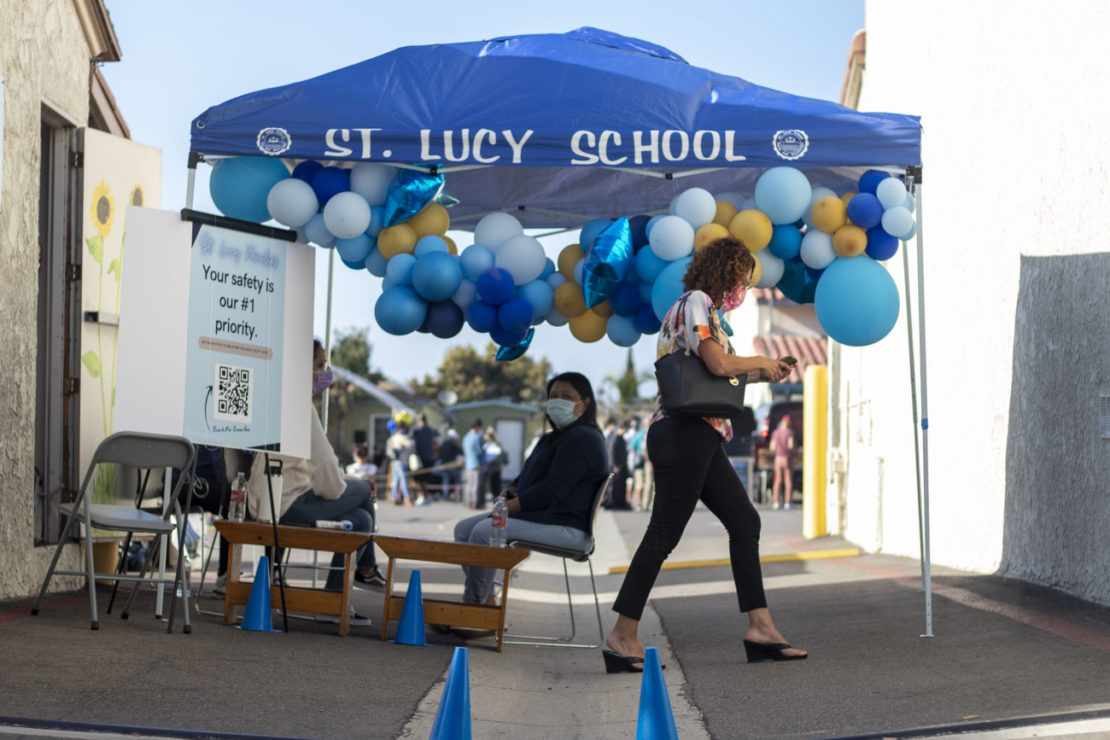 A woman walks in front of a check-in at St. Lucy Catholic Church during a pop-up to help raise funds for two Asian organizations on Sunday, April 11, 2021. Photo by Crystal Niebla.

Cabaysa says some of the proceeds will go to the Filipino Migrant Center, which has provided free meals and groceries during the pandemic to residents like 59-year-old Raul V. Jallorina, who was standing in line Sunday to buy some pizza at the event.

Jallorina said he’s been on edge recently. Although he hasn’t experienced any hate crimes personally, anti-Asian incidents have spiked across the country and as close to home as in Los Angeles. There have also been high-profile incidents flooding the airwaves, like the Atlanta spa shooting that killed eight people, including six of Asian descent.

“I’m worried because we are Filipino,” he said. “We are Asian, and I am scared to go outside.”

However, Long Beach has escaped the trend of anti-Asian violence, according to police statistics, which show zero hate crimes targeting people of Asian descent last year. Experts say underreporting may be a reason for the lack of anti-Asian hate crimes reported in Long Beach, but, either way, it’s a sharp contrast to the city of Los Angeles, which saw a 114% increase. 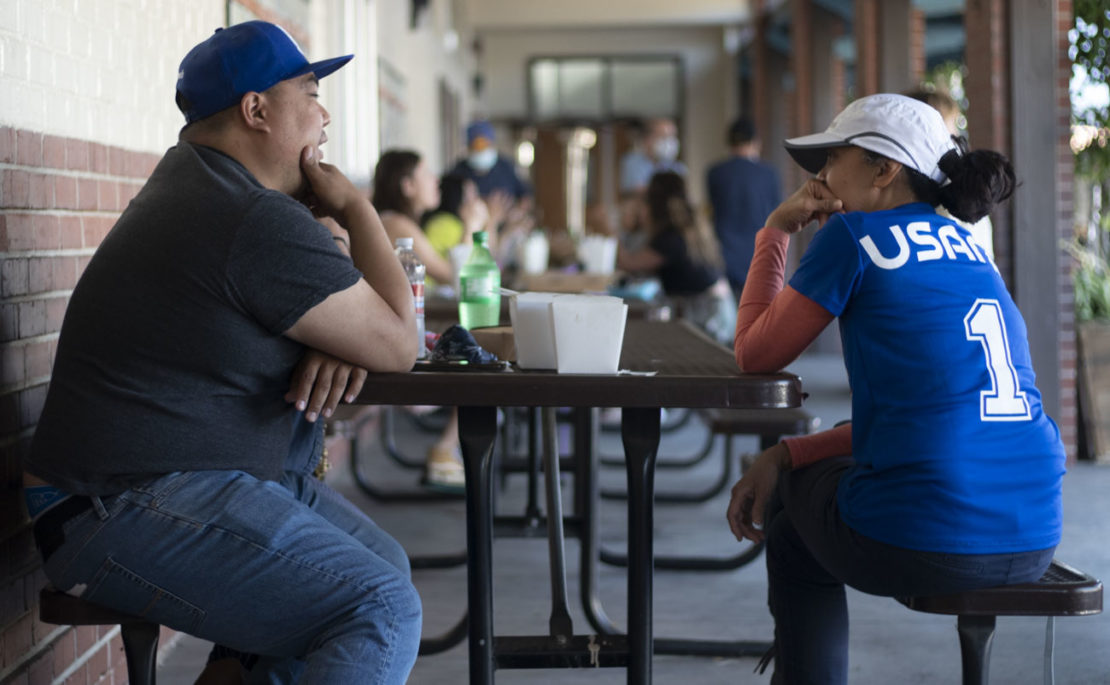 Two people talk on some outdoor benches after having food at a pop-up to help raise funds for two Asian organizations at St. Lucy Catholic Church on Sunday, April 11, 2021. Photo by Crystal Niebla.

Jane Fernando’s eyes welled with tears as she spoke about hearing news of hate crimes. Fernando, owner of Stupid Kitsch, a business that sold pins and jewelry at the pop-up, said that it’s “really meaningful to me” to help raise funds.

Romeo Hebron, executive director of the Filipino Migrant Center, said that he plans to use the donations to continue funding their work in providing services for low-income families. The center also teaches how to organize and mobilize within the community, he said.

He also wants to work to make sure his community has proper access to the COVID-19 vaccine despite technology and language barriers.

“These are linked to systemic issues,” he said.

Cabaysa said that vendors will donate up to 25% of their sales to the Filipino Migrant Center and Asian Americans Advancing Justice. Cabaysa estimated about 150 people showed up to the event.

Customers wait in line for pizza from Speak Cheezy during a pop-up to help raise funds for two Asian organizations at St. Lucy Catholic Church on Sunday, April 11, 2021. Photo by Crystal Niebla.