Long Beach ranks in nation's top 25 for park space, but, 'There's work to do' during pandemic • Longbeachize
- ADVERTISEMENT -

The Trust for Public Land has released its annual ParkScore list, ranking the nation’s most populous cities on providing their citizens easy access to green space, and Long Beach had fallen out of the top 20, going from 18 to 23 in this year’s rankings.

So why did Long Beach drop 5 spots over the course of a single year?

“Bluntly put, spending significantly dropped in Long Beach,” Charlie McCabe of the Trust told the Post. “While 84% of Long Beach’s residents live within a 10-minute walk to a park, there was a decline in capital improvement projects while your neighbors—mainly Los Angeles, Anaheim and Irvine—all saw an increase in infrastructural investment for green space.”

Long Beach’s main struggle remains access to green space in the park-poor areas of West, North, and Central Long Beach, with West Long Beach lacking the most green space out of any part of the city. 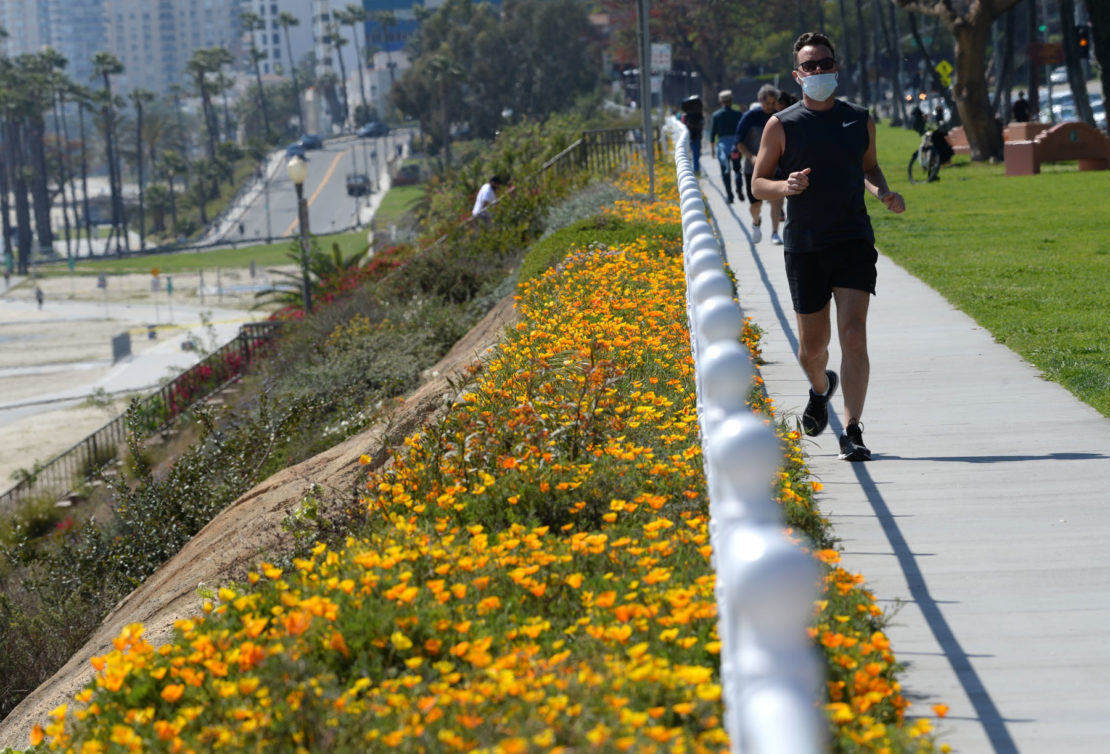 Masked for others’ protection from COVID-19, a man runs along the pathway in Bluff Park in Long Beach. Saturday, April 11, 2020. Photo by Stephen Carr.

“There’s definitely work to do in Long Beach,” said Sadiya Muqueeth of the Trust. “This becomes particularly evident as the COVID pandemic can act as a portal to see how parks are drivers of health and equity. Spending time in nature is key for our mental health and will be a community value held up even higher during these times.”

Of the 31,066 acres of land within our city limits, 3,123 acres are dedicated to parks. El Dorado Park makes up the biggest single chunk of that mass.

As park spaces begin to slowly open up as authorities ease stay-at-home rules, McCabe notes that park upkeep is going to be a challenge with tights budgets.

Long Beach’s Interim Park Director Steven Scott says the department is still in the process of finalizing its budget, but the parks are undoubtedly valuable.

“Certainly, parks play an important role in both mental and physical health, even extending into our psychological and developmental health,” Scott said. “They calm us, allow community building … But the reality is that these benefits are always there, COVID or not. And we will continue to expand and increase the quality of our parks in whatever situation we find ourselves in.”